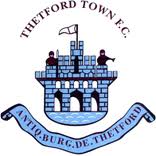 Thetford is a market town and civil parish in the Breckland area of Norfolk, England. Thetford has many picturesque buildings built in the local flint stone. In recent years (since 2001) it has become home to a substantial Portuguese and East European migrant population. The town now boasts a large number of Portuguese and East European shops and cafes making for a diverse eating and shopping experience along with the town's own wealth of history. In the Anglo-Saxon period, Thetford was the home of the monarchs of East Anglia and was seat of a bishopric. Castle Hill is the highest Norman motte (mound) in England though no trace remains of the castle which once surmounted it. It is open to the public, and provides an excellent view of the town from its summit or the extensive earthworks. It is situated in a public park, near the Three Nuns Bridges and close to the town centre overlooking the rivers. 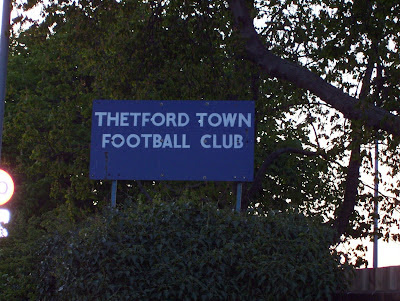 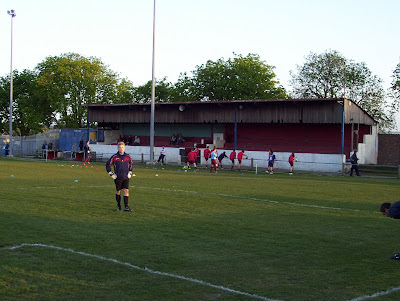 A rare Friday evening opportunity saw the Pieman swiftly exported to Thetford by his neighbour via the A10 and A11. We arrived at the ground with half an hour to spare. Plenty of time to get those all important photos. For the price of an Upton Park programme (£3.50) you can get one at Thetford's Mundford Road. You also get admission to the match included in the same price. 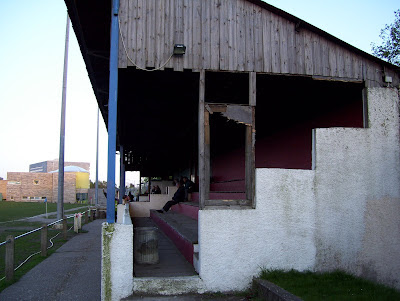 The day before this trip I spoke to the much-respected Nigel Maitland. He had been to Thetford Town FC earlier this season and told me that it was 'falling apart'. I guess that some of these pictures will underline the Maitland statement. However the Pieman prefers to say that the venue has seen better days. 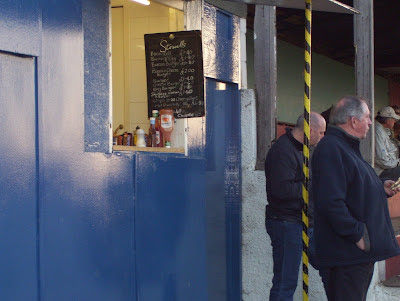 On a chilly evening, the refreshment bar was doing brisk trade and supplied a wide selection of hot snacks. There is also a clubhouse with a licensed bar behind the stand. 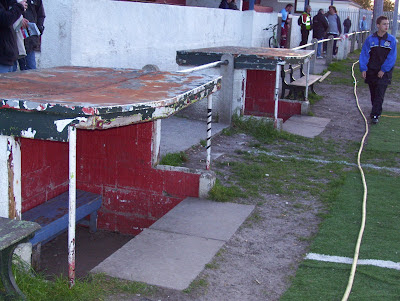 The remainder of the ground does not contain any additional spectator facilities, apart from limited terracing either side of the stand. Not sure if these dugouts have made it into David Bauckham's Nomad archives but they are certainly worth a look. I noticed that some half built brick structures are located on the opposite side of the pitch. It could be that these Anderson Shelters will soon be on the way out. 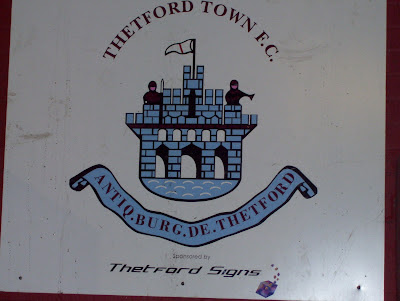 Visiting Cornard United carried out a 'smash & grab' raid to nick all 3 points. The goal was scored just before the half time break and victory was achieved through some heroic defending and determined goalkeeping. Thetford will still wonder how they managed to lose the match as they dominated for long periods. Our journey home was good, taking an hour and a half.'Falling apart' it might be Nigel, but I liked this place. 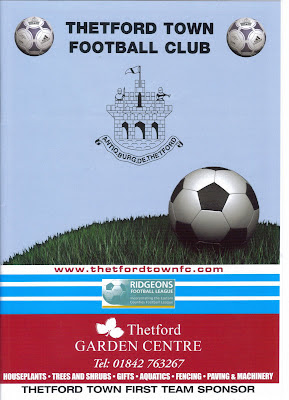