Godmanchester is a small town immediately south of Huntingdon on the southern bank of the River Great Ouse. It lies on the A14 road, on what used to be the historic Ermine Street between London, Lincoln and York. While now in the county of Cambridgeshire, the town was historically part of Huntingdonshire. The location is likely to have been originally settled due to the gravel beds providing a ford across the River Great Ouse. In 2003 it had a population of about 5500. One of the town's best-known features is its Chinese Bridge. Local legend has it that when the Chinese Bridge was built, it was without the use of nails or any other fixings.

A number of years later, an architect applied to the council for permission to deconstruct the bridge to discover how exactly this had been accomplished. This being done, they tried to reconstruct the bridge again, but found that they could not get it to support itself under its own weight! Today the Chinese Bridge is held together by nails.

A family day out to Huntingdon via the A10 and A1198 on a sunny Saturday provided an opportunity visit another Eastern Counties League venue. The Bearscroft Lane ground is no more than half a mile from the Wood Green Animal Shelter and while Hotspur and I spent a pleasant afternoon watching Godmanchester Rovers, Wife and Daughter spent a good while at the Shelter. I had wondered if there was a link between North London and this place but now have confirmation. Miss Louisa Snow founded Wood Green Animal Shelters in 1924 to help alleviate the problem of abandoned and injured animals on the streets of London after the First World War. In 1933 Dr. Margaret Young became involved with the charity and changed its aims to finding new homes for these animals.

The Charity started its work in a small house in North London over 80 years ago which gradually became too small for the necessary work of the organisation. A small pig farm in Hertfordshire was purchased in 1954 to take on the increasing amount of dogs and cats being brought in and provided the charity with improved facilities to house the animals. Eventually in 1984 52 acres of farmland was bought in Godmanchester to expand further the work of the animal welfare organisation. All three of the Wood Green sites have grown and developed enormously over the last 80 years and have helped to set national standards in animal welfare across the Country. 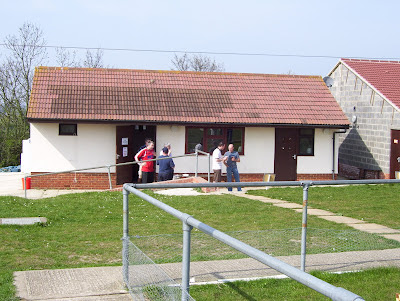 The Bearscroft Lane ground is situated on the southern edge of Godmanchester. Facilities are basic but perfectly adequate for this level of senior football. There is limited covered accommodation; the only seating being a token bench. 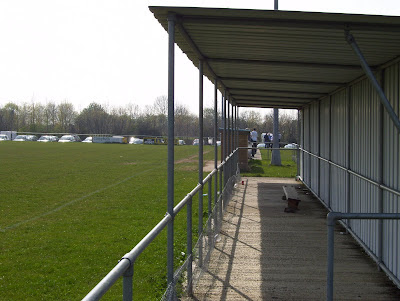 Godmanchester Rovers are currently bottom of the Eastern Counties League Division One, having won only 5 games this season. However, they do have games in hand over the teams immediately above them. In contrast, visitors Haverhill Rovers are in 2nd place, looking for promotion to the Premier Division. 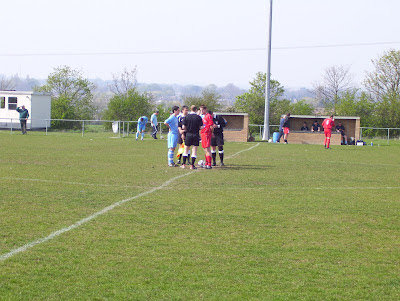 Although starting brightly, Haverhill struggled to make their superiority count. They did score a first half goal but a determined home performance ensured a nervous time for the visitors and with a bit more self belief the home side could have grabbed a point. 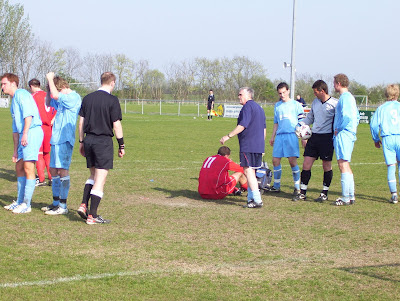 In the closing moments of the match an off the ball incident saw the Haverhill Number 11 sprawled out clutching his jaw. The Pieman, like most, had followed the ball, but a linesman called the referee over and the resultant red card reduced the home side to 10 men. 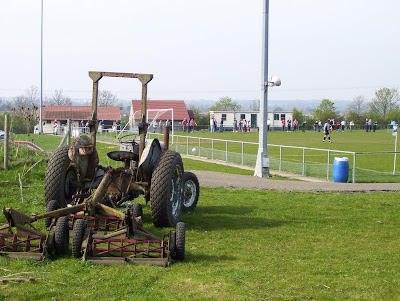 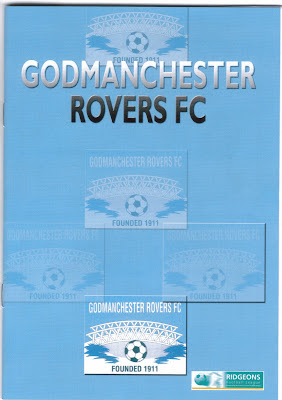