Stowmarket is a small market town situated in Suffolk, England, on the busy A14 trunk road between Bury St Edmunds to the West and Ipswich to the South-East. The town is on the main rail line between London and Norwich, and has an approximate population of 16,000. Stowmarket lies on the River Gipping, which is joined by its tributary, the River Rat, to the South of the town. In the 18th century the Gipping was made navigable between Stowmarket and Ipswich by a series of locks. The newly created canal was known as the Ipswich and Stowmarket Navigation. The town takes its name from the Anglo-Saxon word ‘Stow’ meaning ‘principal place’, and was granted a market charter in 1347 by Edward III. A bi-weekly market is still held there today. 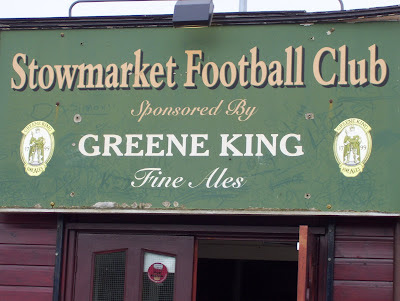 We travelled by car from Cheshunt and opted for the scenic route via Ongar, Braintree, Halstead and Sudbury. It takes considerably longer this way but you get to see so much more. For anyone looking to visit via public transport, I would estimate no more than a 10 minute walk from Stowmarket Railway Station (London Liverpool Street to Norwich line) to the ground. 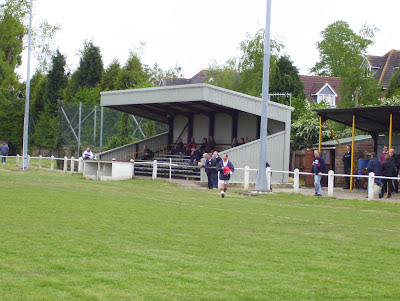 Some members of our party spent the afternoon visiting the centrally located Museum of East Anglian Life. 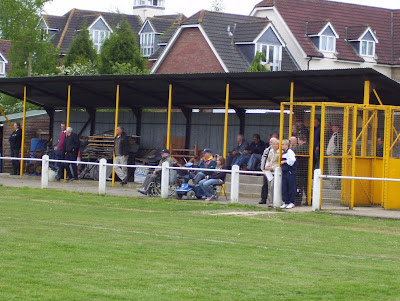 The Greens Meadow ground has a sloping pitch running downhill from the side where the main stand and clubhouse facilities are situated. In between these structures is another covered area, a lot of which is used for storage but there is some additional seating here too. 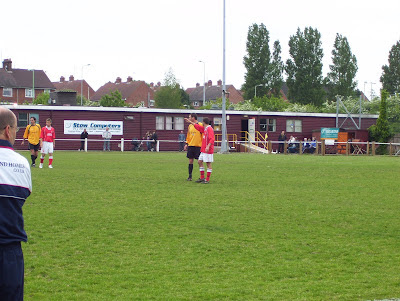 Visitors Downham Town have struggled this season and finished it second from bottom. This was the last match of the season for the teams and on a hard dry surface both sides went looking to end it with a win. Stowmarket took the points having finished the match stronger. 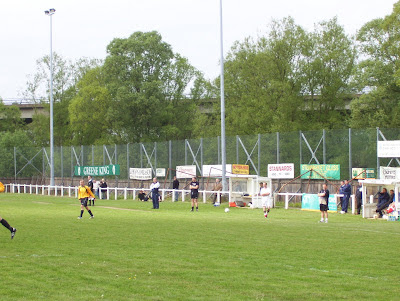 Prior to my visit to Stowmarket I had read on the 'net' about a certain Stowmarket supporter who is very vociferous at matches. The item on Fanzone is worth a read.

Well I certainly came across this gentleman at the match. Standing next to one of the dug outs, "Anywhere Ron" as he is known, was never shy in offering his opinion to the match officials, players and anyone else in the firing line! When one of the Downham Town bench queried a Ron comment with "but he did kick his head" a member of the Stowmarket bench sportingly advised "don't rise to it" - great banter enjoyed by the Pieman. 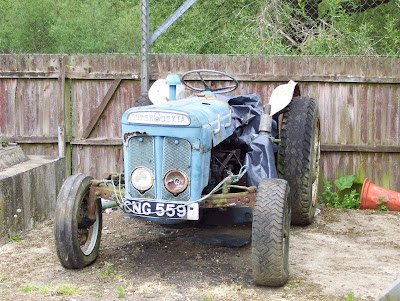 Smid, on his excellent 100 grounds club website, has recently been publishing a series entitled 'The Football Bog Blog'. I believe I now have a rival series 'The Pie & Peas Tractor Factor' - This follows the earlier sighting at Godmanchester Rovers last month. Not sure if either of these superb specimens are pressed into service at these grounds anymore (can you still get the spare parts? - Ed) 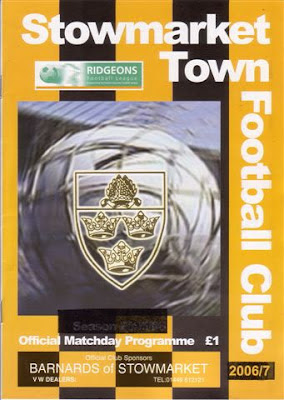