Amersham is a market town and civil parish in Buckinghamshire, 27 miles north west of London, in the Chiltern Hills. It is part of the London commuter belt. Amersham is split into two distinct areas: Amersham on the Hill (locally known as Top Amersham), which is close to the railway station, and Old Amersham, which contains the 13th century parish church of St. Mary's and several old inns. Records of Amersham date back to pre-Saxon times, when it was known as Egmondesham, and by the time that the Doomsday Book was written at around 1086 it became known as Elmodesham. 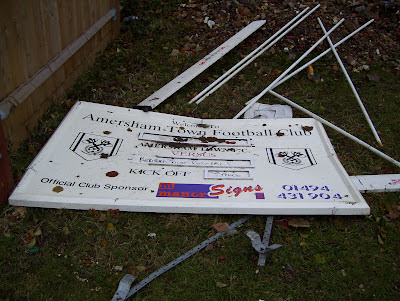 Amersham is linked to London by the Metropolitan Line of the London Underground and is the last station on the Metropolitan main line. Much of this line is shared with the mainline railway service, which runs from Marylebone to Aylesbury. The town features in the 1973 John Betjeman documentary Metroland about the growth of suburban London in the 20th century. 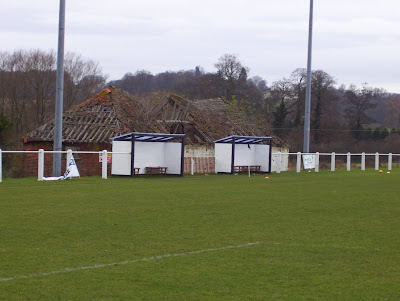 Local Bus Driver had offered to drive and options abounded as to where we would go. At one point we favoured a trip to Aylesbury Vale for their Premier Division clash with Biggleswade United. In the end though, we decided upon Amersham Town v Haringey Borough in Division One. This proved inspired, as not only did we witness a decent game but the former was ‘abandoned on advice from the emergency services due to a nearby petrol leak’ 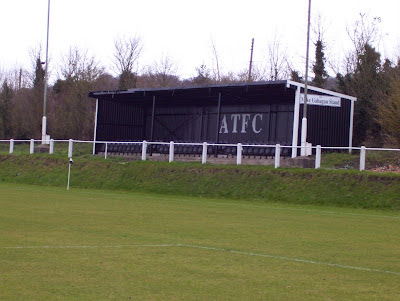 Haringey Borough are clearly a good team and it will take something special to prevent them from reclaiming their Premier Division place at the end of this season. Although when I saw them a few weeks back they suffered defeat at  Kentish Town, there was enough about them to suggest that the performance that day was not up to their usual standard. 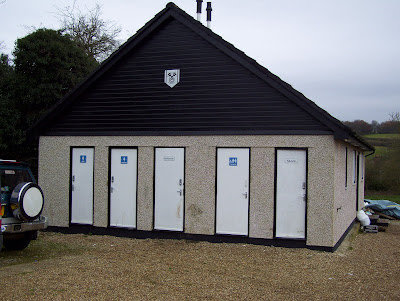 Via the M25, we were able to reach the Spratleys Meadow home of Amersham Town FC in less than an hour. Having taken a few photographs (still a novice on the camera and wanting to make the most of the early light – Ed), we entered the clubhouse for a warming cuppa. 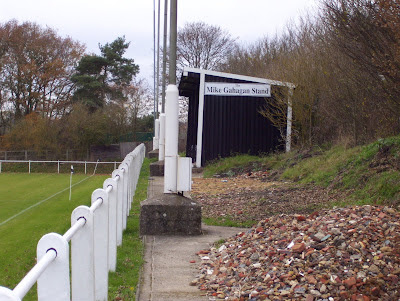 Amersham Town FC has recently returned to Spratleys Meadow following a spell of ground sharing at neighbouring Beaconsfield SYCOB. In the interim period, significant improvements have been made to the ground. There is more to do but clearly the club is ambitious and wants to progress. 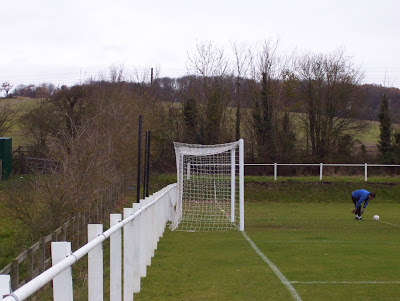 The home side started the match strongly, breaking from midfield and running at the Haringey defence with the ball, which, although basic in this description, was clearly having an unsettling effect. One such move resulted in Amersham taking the lead when the ball was squared to the onrushing Eboji who made no mistake. 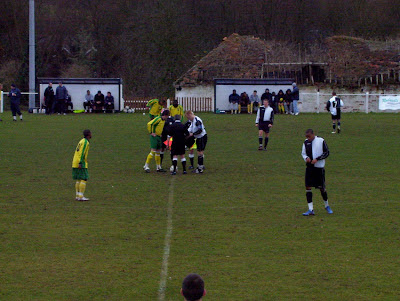 Both teams had further chances in the opening period. Haringey squandered an open goal by hitting the post following good use of an advantage by the referee and before the break Amersham struck the woodwork following a fine move. 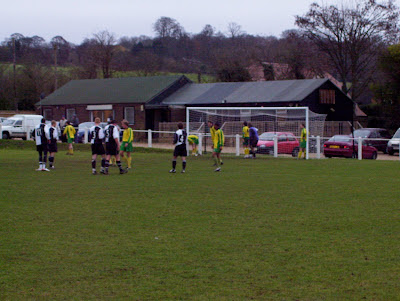 Predictably Haringey were a different proposition in the second half and presumably had been ‘told off’ by their ‘silver tongued’ manager at the break. The visitors completely dominated the second period. Having equalised with a good strike, they secured the points scoring twice from a superb header and a deft flick. They went top of the table on goal difference which will have delighted all at the club, especially the ‘eloquently’ voiced manager. 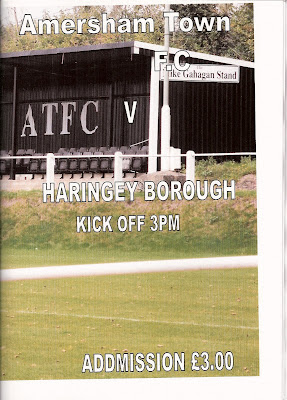