Didsbury is a suburban area and dormitory community of the City of Manchester. It lies on the north bank of the River Mersey, 4.5 miles south of Manchester City Centre. Historically a part of Lancashire, there are records of Didsbury existing as a small hamlet as early as the 13th century. In 1745 Charles Edward Stuart crossed the Mersey at Didsbury in the Jacobite march south from Manchester to Derby, and again in the subsequent retreat. Neighbouring Chorlton-cum-Hardy was an Anglo-Saxon settlement. In the late Victorian and Edwardian periods, its perceived rural character made it popular among the middle class. The Bee Gees spent nearly eight years of their childhood living in 51, Keppel Road, Chorlton: in 1958 they moved to Australia. 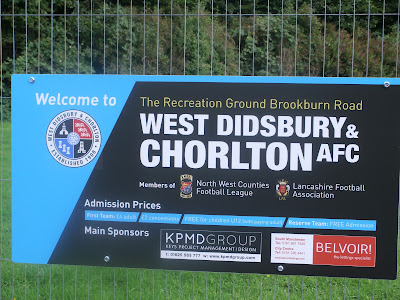 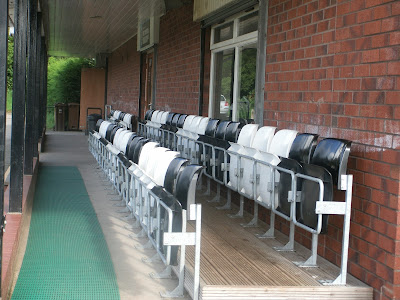 An early morning departure from London Euston facilitated an arrival at Manchester just before 10:30. My first port of call was the Moon Under Water on Deansgate, where this Pieman enjoyed a large Wetherspoon breakfast. After this it was on to the National Football Museum near Victoria Station where I spent half an hour. I had visited the museum when it was located at Deepdale but it was good to see John Motson’s sheepskin coat again! 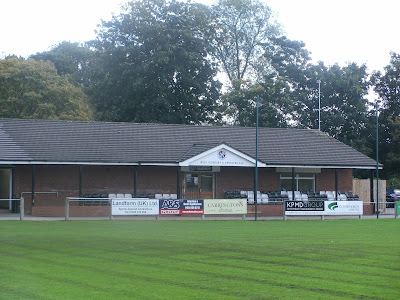 I then walked to Old Trafford and visited the megastore to purchase match programmes. The place was busy a full four and a half-hours before the scheduled 5:30 kick-off for the match between Manchester United and Tottenham Hotspur. I had researched the distance between Old Trafford and Brookburn Road but needed to time my walk between the two in order to check the viability of attending both matches. From the away supporters entrance at Old Trafford it took me 37 minutes to walk the distance and I knew I could shave time off if necessary. 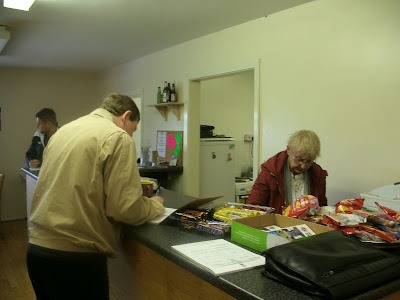 The Brookburn Road venue is tidy and clean and a real credit to those helping to support the club. There is only one covered area for spectators. This is the seated stand immediately in front of the clubhouse. Refreshment facilities are contained in this building which also houses the changing rooms. There is a large TV in the bar area and to rest after my walking, I watched the majority of the second half of the Arsenal v Chelsea with a refreshing mug of tea. 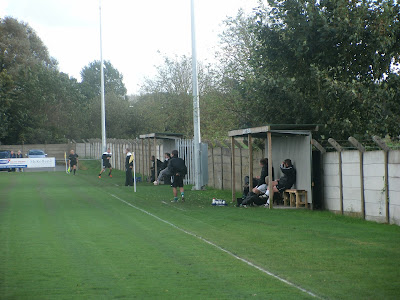 The first half was a fairly even affair with chances for both teams. The home side edged in front just before the break, courtesy of a well taken direct free kick  by Lewis Schofield. Once this lead had been extended two minutes into the second period (the result of a riffling shot by Tre Baldwin-Willis) the visitors from Cumbria struggled to get back into the match. A 3rd goal (by sub Tommy Walsh) in the last 10 minutes sealed the win for the home side, now firmly establishing themselves at this level. 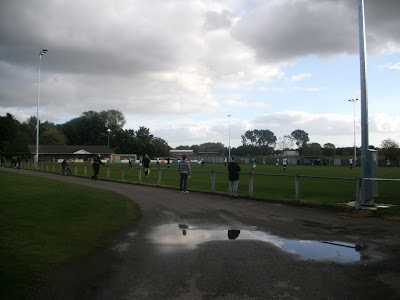 As soon as the whistle was blown for full time, this Pieman was hiking towards Old Trafford. His time of 32 minutes beat his personal best for the journey and he was at Old Trafford with a full ten minutes to spare. Anyone thinking of visiting Brookburn Road will be assured of a warm welcome. Anyone visiting Old Trafford should not expect similar. For the record, Tottenham Hotspur had the audacity to beat their hosts by the odd goal in five. This Pieman wishes to apologise to Sir Alex Ferguson for Spurs not reading the script! 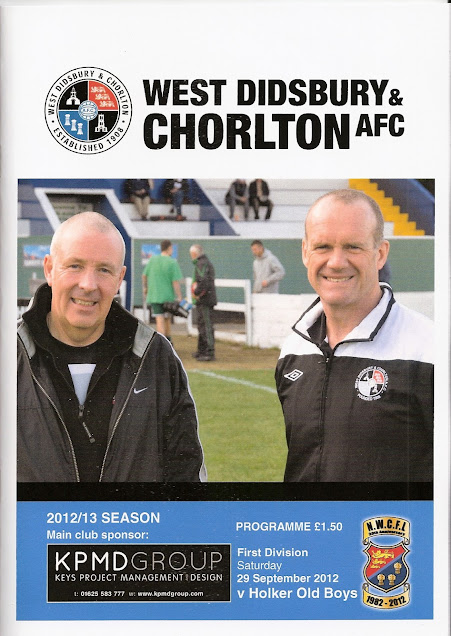