Annan stands on the River Annan nearly 2 miles from its mouth, 15 miles from Dumfries, in the region of Dumfries and Galloway on the Solway Firth in the south of Scotland. Eastriggs is about 3 miles to the east and Gretna is about 8 miles to the east. Annan Bridge, a stone bridge of three arches, built between 1824 and 1827, carries road traffic over the River Annan. It was designed by Robert Stevenson and built by John Lowry. There is also a railway bridge and a nearby pedestrian bridge over the River Annan and the town is served by Annan railway station. The train turntable was designed and developed in Annan; it can be seen today in the York Railway Museum. Annan Castle formed the original home of the 'de Brus' family, later known as the "Bruces", lords of Annandale, which most famously produced Robert the Bruce. It was at Annan in December 1332 that Bruce supporters overwhelmed Balliol's forces to bring about the end of the first invasion of Scotland in the Second War of Scottish Independence. 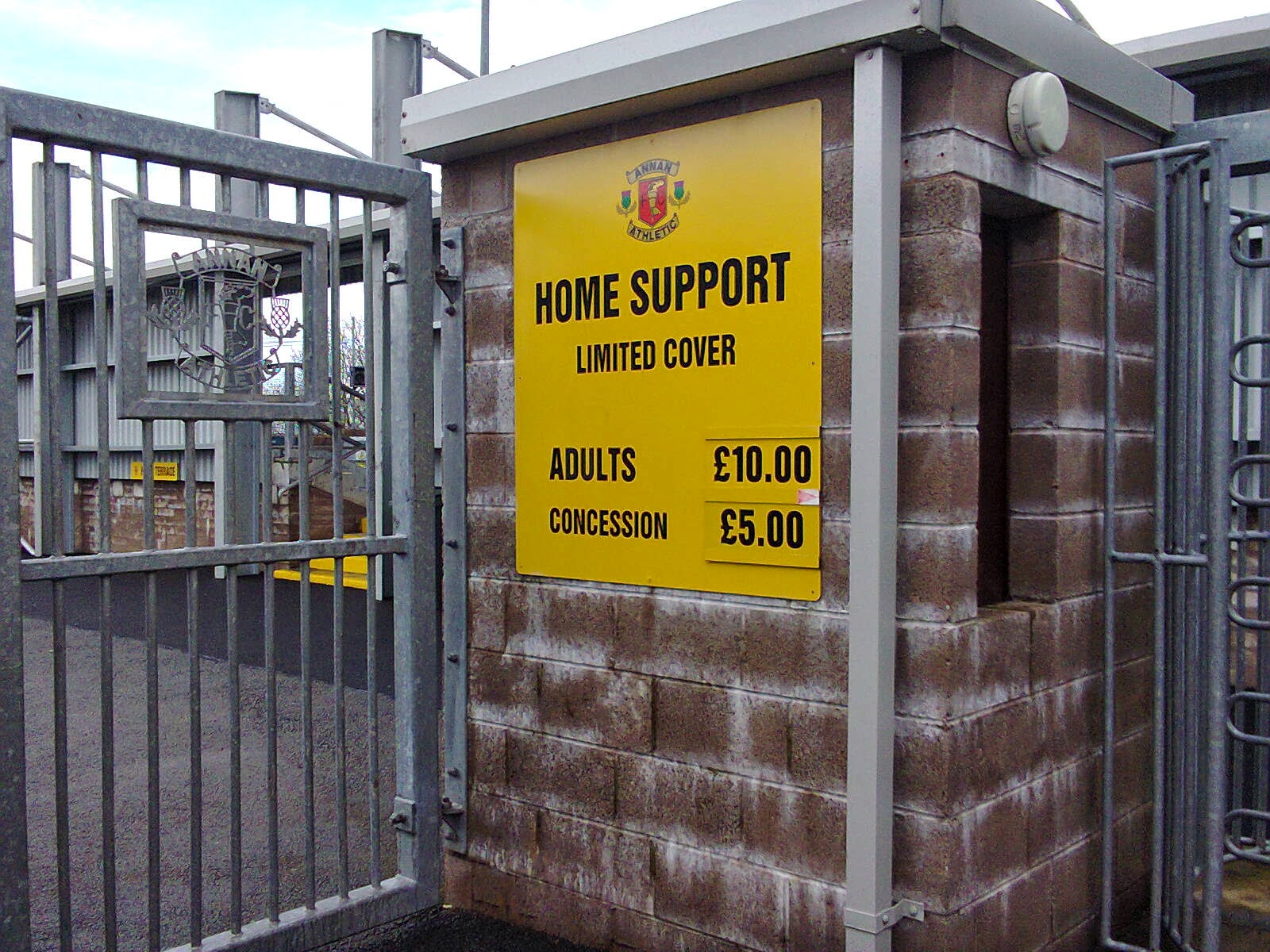 Upon formation in 1942, Annan Athletic FC entered the Dumfries and District Youth League, but this competition lasted only throughout the war years, and in 1945 they joined the Dumfries and District Junior League instead. They had a fairly successful time as a junior club, reaching the fifth round of the Scottish Junior Cup on one occasion (losing 2–1 to Perth side Jeanfield Swifts). In 1950–51 the Dumfries and District Junior League had to be wound up due to lack of officials, and the following season (1951–52) the club had to go into abeyance as the Junior Association would not release them from their membership. For the following season (1952–1953) Annan Athletic joined the Carlisle and District League and the Cumberland Football Association. This proved an astute move when Annan Athletic won every competition they entered bar one in their first season in membership. Annan remained members of the Carlisle and District League until they moved back to Scottish football in the 1977–78 season when they joined the South of Scotland Football League. This switch, along with some upgrade work to their Galabank ground also allowed the club to compete in the qualifying stages of the Scottish Cup as well. The club proved very successful in the South League, winning every competition that was available to them. In an attempt to get more competitive football, they joined the East of Scotland Football League in season 1987–88, although they maintained their commitment to the South League by running a reserve side. They won promotion in their first season in the East League, and two years later won the Premier Division. They became one of the league's top sides and qualified for the Scottish Cup's early rounds on various occasions. Annan applied to join the Scottish Football League in 2000, when two new clubs were admitted, but lost out to Peterhead and Elgin City. Following the demise of local rivals Gretna in 2008, Annan applied along with four other clubs to replace them in the Third Division. Annan Athletic was the successful candidate, being chosen due to the standard of their facilities. The Club’s first league match as a professional team ended in a 4–1 win over Cowdenbeath in the 2008/09 season. 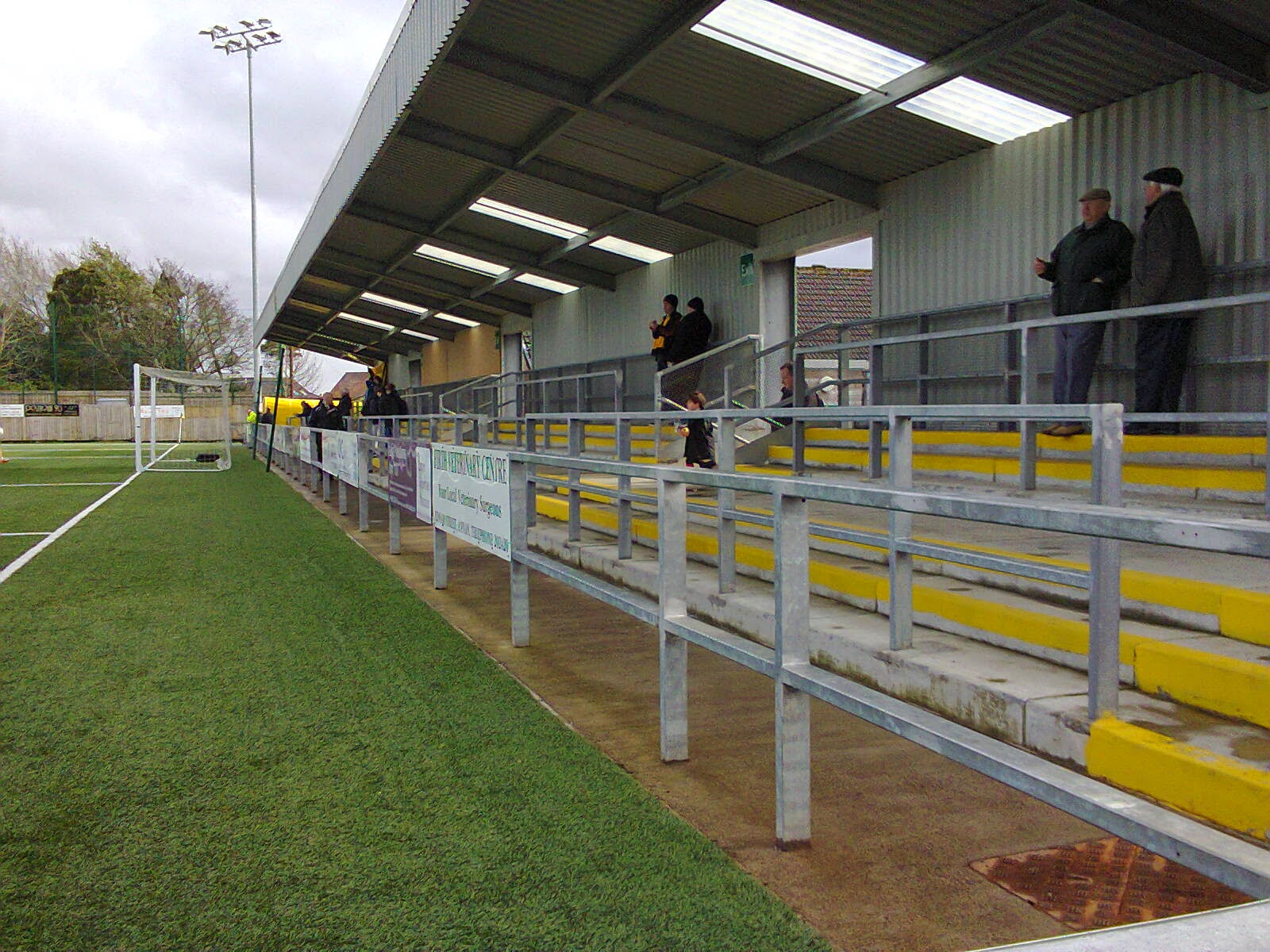 An early start facilitated being able to catch the 07:30 train from London Euston, reaching Carlisle in around 3 hours 15 minutes. Clearly that investment in the West Coast Main line is paying off with journey times like this. The onward connection to Annan was half an hour later which meant there was time to visit the Griffin (100 yards away) and enjoy a pint of Magic Number (4.5%) from the Carlisle Brewing Co. This ale has a gorgeous copper colour, is very smooth with caramel undertones and is full of malty flavours. From Carlisle the journey to Annan takes around 20 minutes. 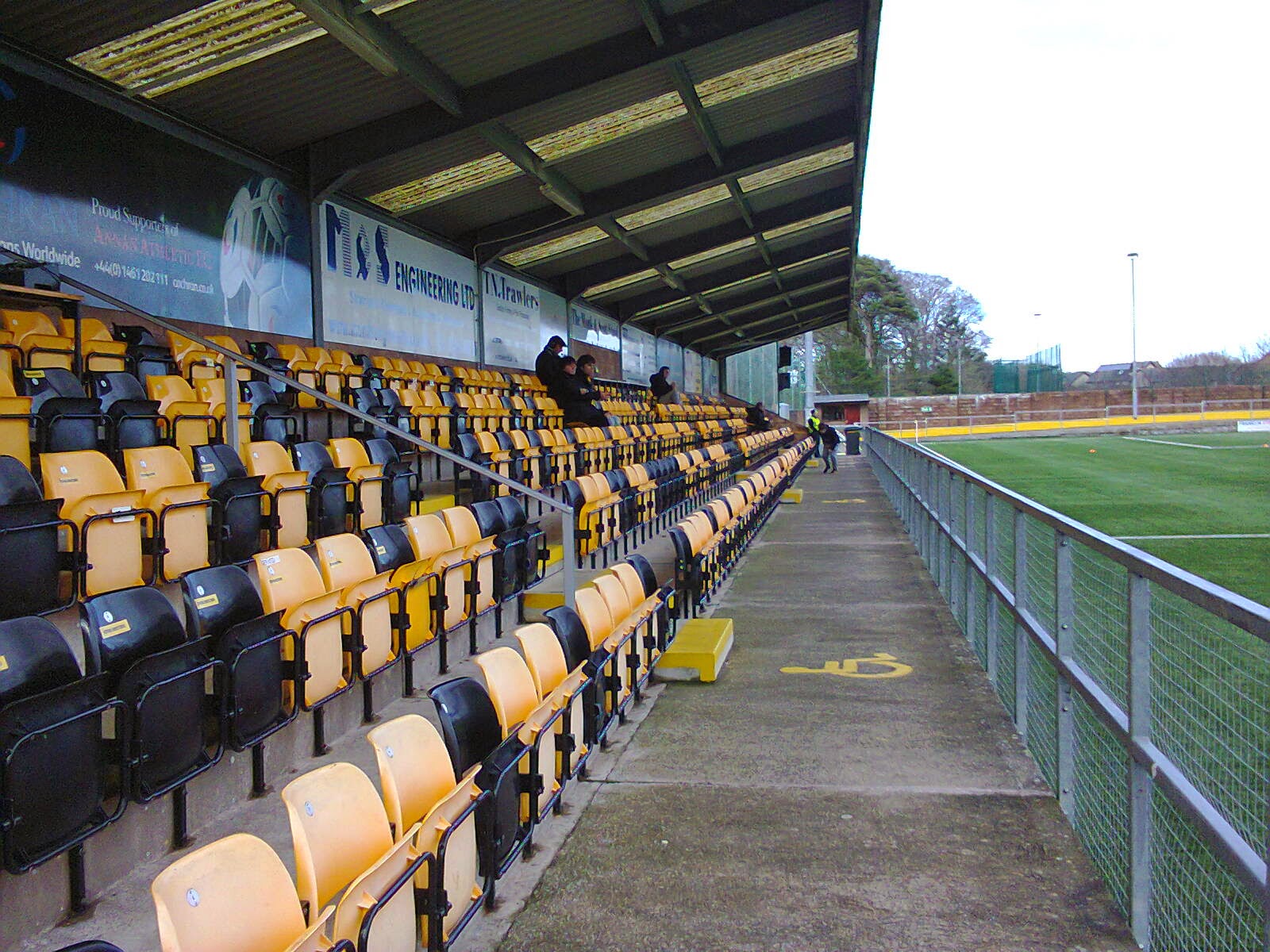 On arrival at Annan, a good lunch was enjoyed at one of the establishments in the High Street before this Pieman set off in search of a butchers shop in the quest for locally produced haggis. This operation was successful with the haggis travelling just eight miles from Gretna (that’s local enough for me). The butcher asked where I was taking it back to in the same way a caring kennel might seek assurance about a dog being homed for the first time – such a nice touch! At the Blue Bell Inn, I took delight in a pint of the Red Macgregor (4.0%) from the Orkney Brewery. Crystal and chocolate malt give this beer its distinctive ruby-red colour, and its backbone of toasted malt flavour; Cascade hops, rarely found in darker beers, give a floral, perfumed fruitiness. 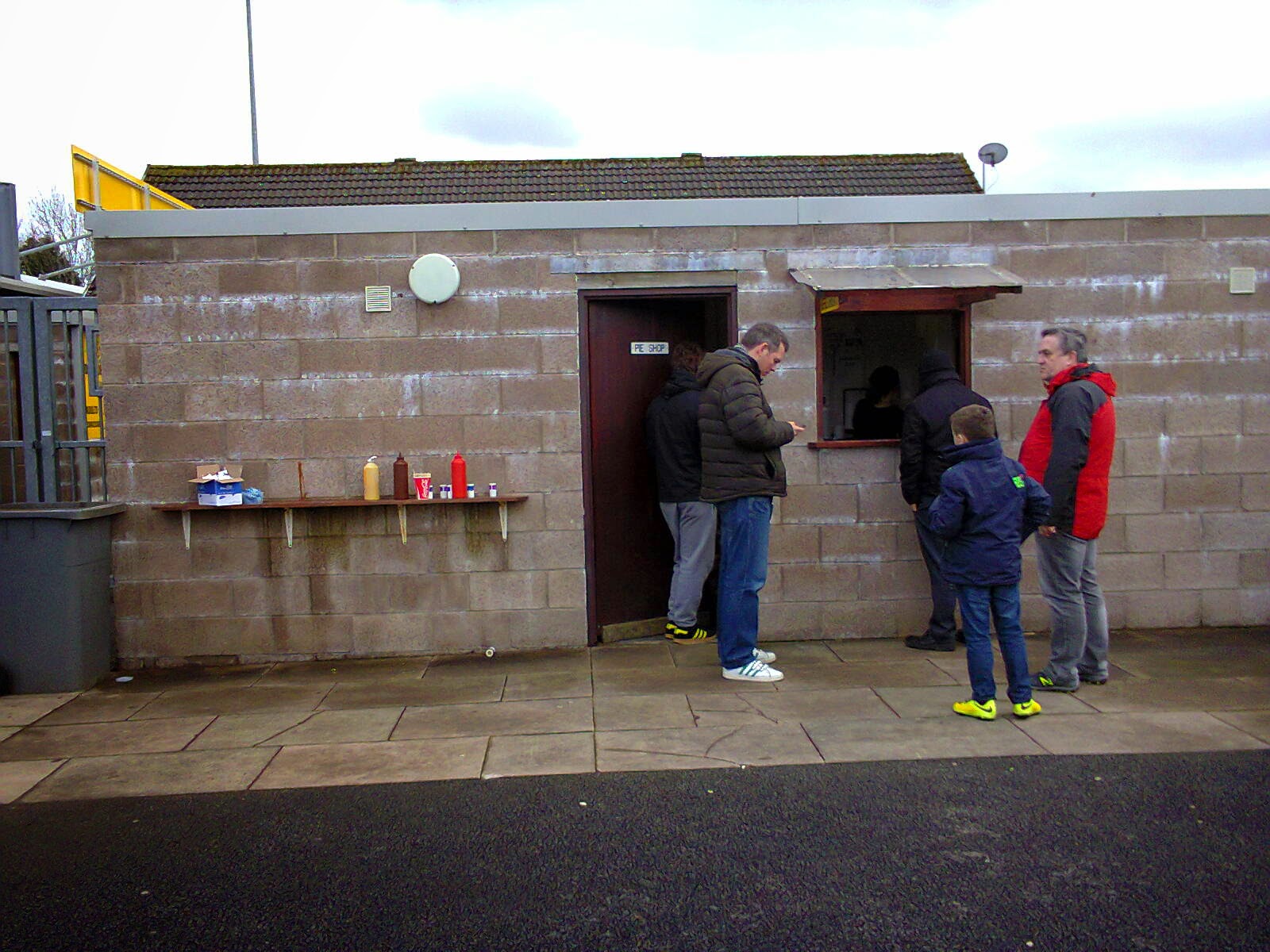 From the High Street it takes a little over 5 minutes to reach Galabank. The stadium backs tightly on to the road and for this reason this is a three-sided ground. Behind one goal is a covered terrace for the home support. The opposite end of the ground is uncovered and has a shallow terracing. The seated stand is covered and segregated with a small area designated for the away support that also uses the uncovered end of the ground. The view afforded from the seated stand is very good. Immediately behind the stand is the river. 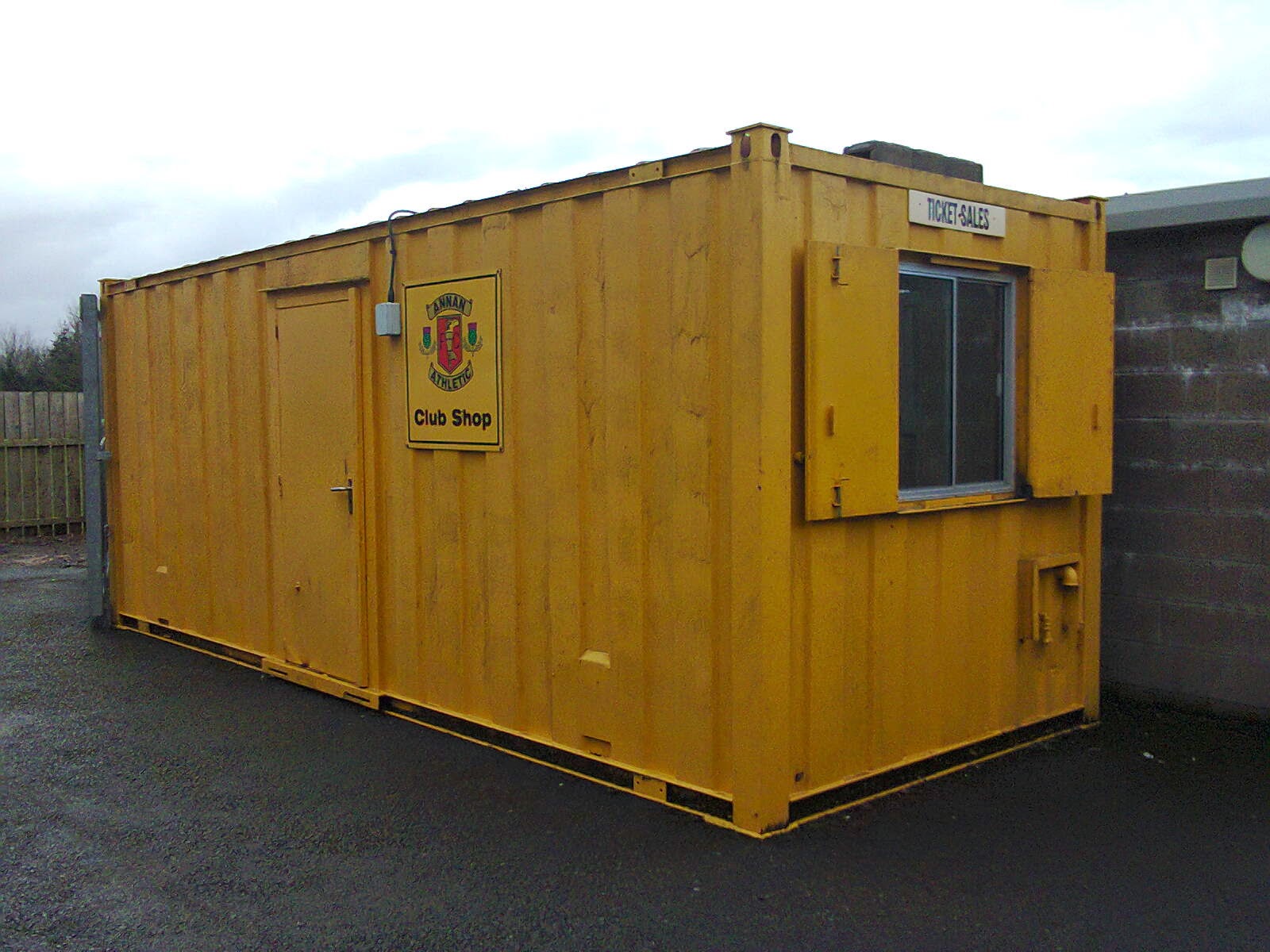 There is a social club bar at the main entrance to the ground and it is possible for visitors to sign and use these facilities (unsurprising no real ale though). The usual in ground catering is available at both ends of the ground. A 3G playing surface was installed at the ground in 2012. This particular match can be politely described as not the best I have witnessed this season. Visitors Clyde were better than their hosts and took the points courtesy of substitute Jammie Pollocks’s strike after 87 minutes. Although the quality of the football may not have matched expectations, Annan (the place and the football club) is very welcoming. 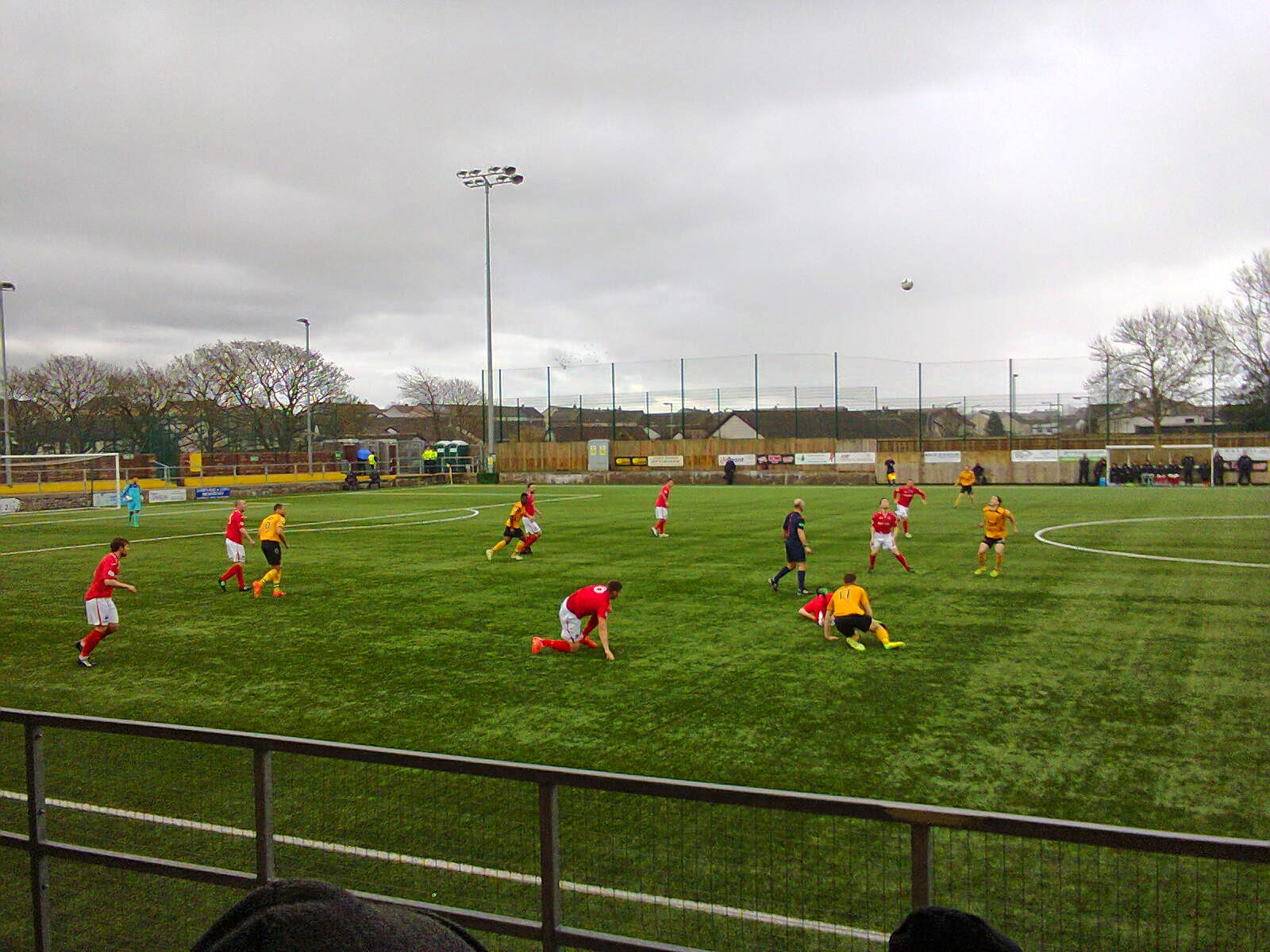 An easy stroll enabled me to reach the station at 17:00, in plenty of time for the connection to Carlisle at 17:22. There is a pub at the station, which is a decent option (again no real ale). My train from Carlisle enabled a return to London Euston at 21:38. Lots of miles covered, a great day in Scotland and some very friendly folk encountered. Annan will not always play that poorly; perhaps you will catch them on a better day? 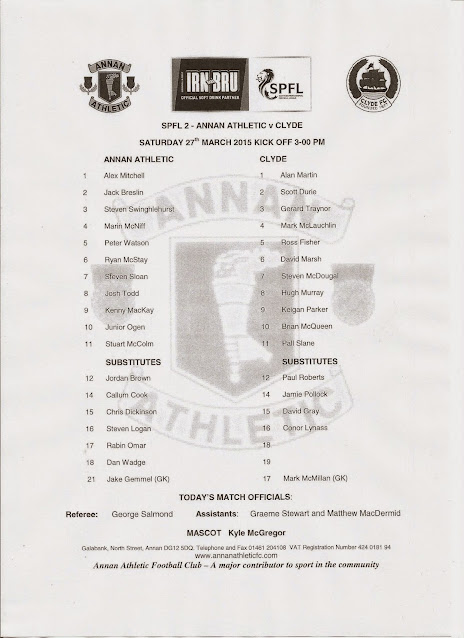