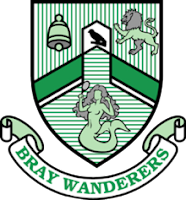 Bray is a town in north County Wicklow, Ireland. It is a busy urban centre and seaside resort, with a population of 31,872 making it the ninth largest urban area in Ireland at the 2011 census. It is situated about 12 miles south of Dublin on the east coast. The town straddles the Dublin-Wicklow border, with a portion of the northern suburbs situated in County Dublin. Bray's scenic location and proximity to Dublin make it a popular destination for tourists and day-trippers from the capital. Bray is home to Ireland's only film studios, Ardmore Studios, hosting Irish and international productions for film, television and advertising. Some light industry is located in the town, with business and retail parks concentrated largely on its southern periphery. Bray town centre has a range of shops serving the consumer needs of the surrounding area. Commuter links between Bray and Dublin are provided by rail, Dublin Bus and the M11 and M50 motorways. The River Dargle which enters the sea at the north end of Bray rises from a source near Kippure, in the Wicklow Mountains. Bray Head is situated at the southern end of the famous Victorian promenade with paths leading to the summit and along the sea cliffs. The rocks of Bray Head are a mixture of greywackes and quartzite. The large concrete cross at the summit provides a notable landmark on the east coast and is a major attraction for locals and visitors. 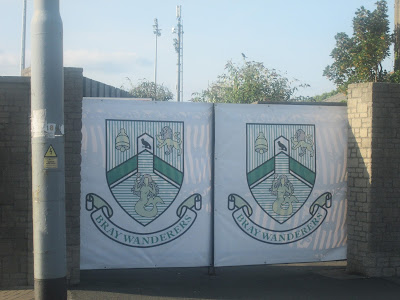 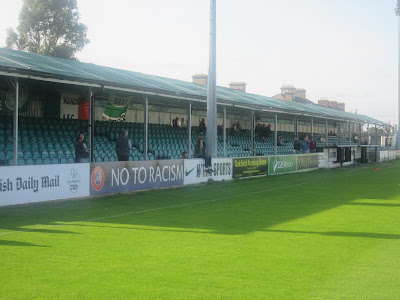 On arrival at Dublin Airport, a 24 hour Tourist Leap Card (Dublin’s equivalent of Oyster) was purchased for €10. This covers all travel On buses, trains and trams within the wider Dublin area. The X747 express bus from the airport costs €6 each way and this also covered the DART train to /from Bray. There is a 72 hour version costing less than €20. All in all extremely good value. After some obligatory Guinness in town, it was time to head out to Bray. 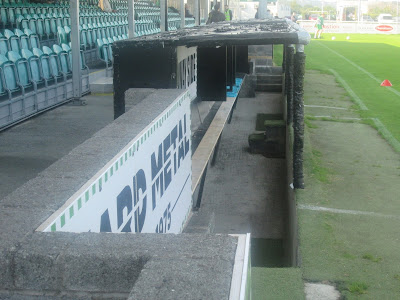 From Connolly Station, the DART service follows the coast south towards County Wicklow, the journey to Bray taking around 40 minutes. The Carlisle Grounds is situated immediately behind the railway station. However, before venturing over to this venue, an opportunity was taken to visit The Porterhouse Inn. At this fine establishment this Pieman enjoyed Porterhouse Red (4.4%) – possibly the best ale I have tasted in Ireland. 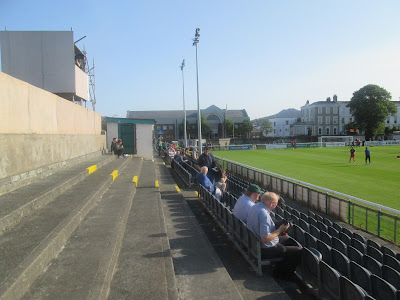 The Carlisle Grounds boasts only one covered area for spectators. This seated main stand runs almost the full length of the pitch. There is also a large uncovered seated area running the full length of the pitch on the opposite side. A flat standing area is situated behind the goal at the Quinsboro Road end of the ground. This is also where the turnstiles are located along with the club shop, catering facilities and toilets. The opposite end of the ground is not available to spectators. The changing rooms are located at this end adjacent to a grassed area and some cars were parked immediately behind this space. 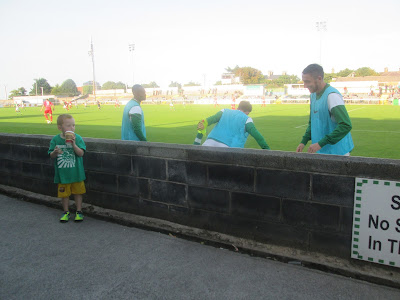 A delicious snack of chips in curry sauce was enjoyed prior to the match. The sauce was quirky in that it contained large chunks of pepper and other ingredients – very nice indeed! The travelling support from Cork was in good voice during the first period of the match willing their side on. I believe it fair to say that the standard in this league is not particularly high compared to senior non-league football in England. However, there was plenty of effort and commitment shown by both teams. In the end, for the second successive Saturday, this Pieman witnessed a goal free encounter. That said there was a good friendly atmosphere in the ground as indeed there was throughout Bray and Dublin. 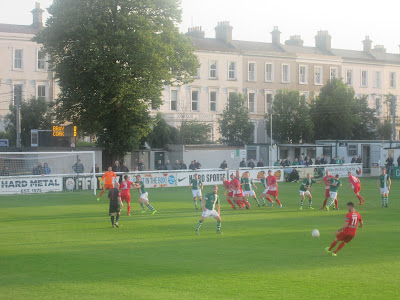 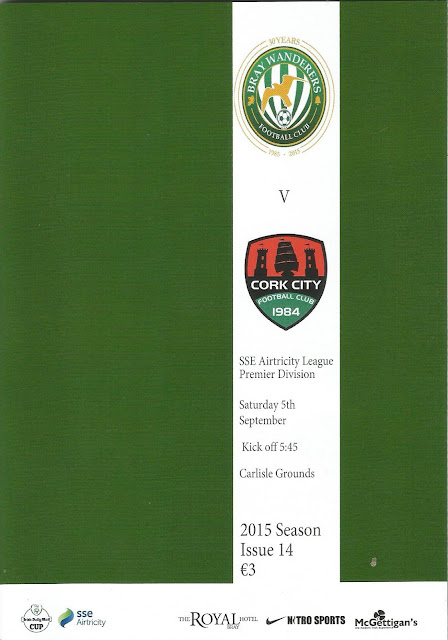 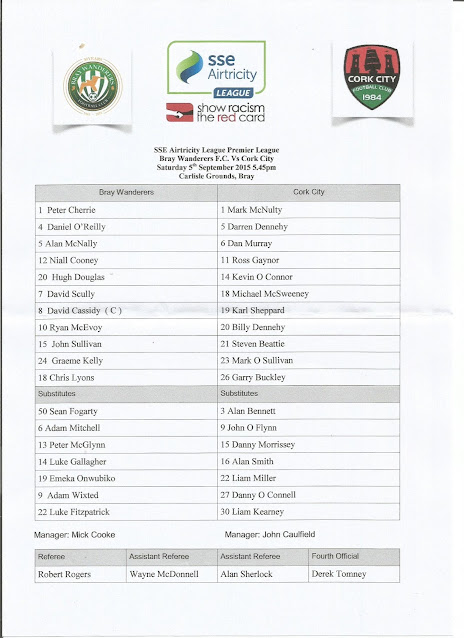 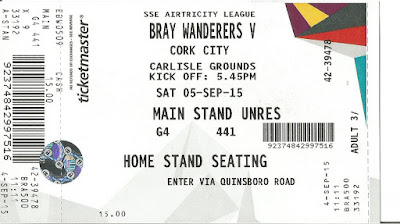