The Principality of Monaco is a sovereign city-state and microstate, located on the French Riviera in Western Europe. France borders the country on three sides while the other side borders the Mediterranean Sea. Monaco is governed under a form of constitutional monarchy, with Prince Albert II as head of state. Although Prince Albert II is a constitutional monarch, he wields immense political power. The House of Grimaldi have ruled Monaco, with brief interruptions, since 1297. The official language is French, but Monégasque, Italian, and English are widely spoken and understood. The state has no income tax, low business taxes, and is well known for being a tax haven. Monaco is not formally a part of the European Union, but it participates in certain EU policies, including customs and border controls. Since 1929, the Monaco Grand Prix has been held annually in the streets of Monaco. It is widely considered to be one of the most prestigious automobile races in the world. The erection of the Circuit de Monaco takes six weeks to complete and the removal after the race takes another three weeks. The circuit is incredibly narrow and tight and its tunnel, tight corners and many elevation changes make it perhaps the most demanding Formula One track. 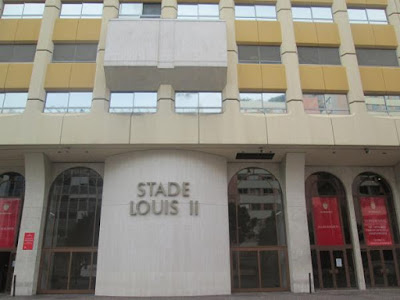 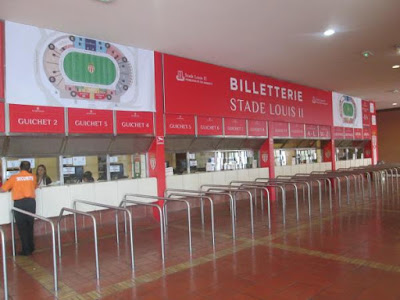 An early evening flight from Heathrow was delayed due to congestion. The eventual arrival at Nice still enabled me to buy a ticket and catch the last direct coach service to Monaco. Although not as cheap as the train, the driver was asking passengers where they wanted to be dropped off. Accordingly my hotel was in sight when I disembarked! 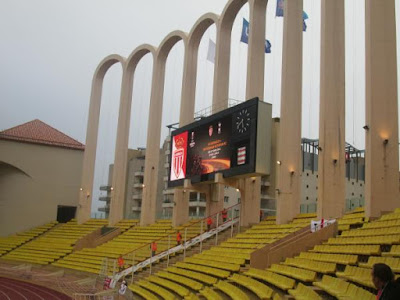 The following morning after breakfast, I took a stroll over to the stadium. Although it was not possible to gain access to the ground, I was able to take some photographs of the outside. Not long afterwards, match programmes were available from the Ticket Office. These secured and safely deposited back at the hotel, I was then able to explore further. 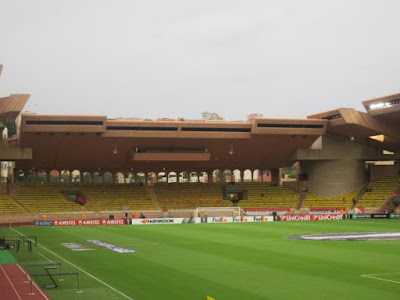 Having visited the harbours and viewed some rather expensive boats, I took the opportunity to visit Brasserie de Monaco. This versatile establishment brews beer on the premises. For journalistic research purposes, this Pieman was obliged to sample all three of the brews available. Specifically these were Blanche (4.8%), Blonde (5.2%) and my favourite Ambre (5.7%). Refreshed, it was soon time to collect my match ticket and head off to the match. 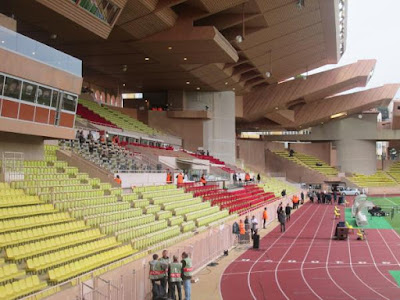 I had seen the Stade Louis II on television a number of times and have to say that in "real life" it did not appear as impressive as it did on the small screen. The all seated stadium is covered, with exception of the majority of the area given to the away support.  It rained constantly throughout the match and the majority of the English fans managed to get under cover in the corner of the section. The match was a fairly tame affair with Spurs failing to add to a first half lead and succumbing to a late leveller for the French side. 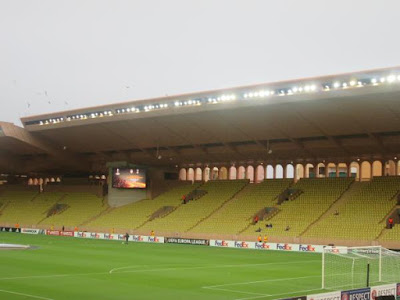 The following morning it was not possible to catch the train to Nice as had been my intention. Apparently there had been "rocks on the line". It had been raining heavily all night and the adverse weather conditions were making it very difficult to move about. In the end Nice was reached by bus (a slow one) and all were glad to get there. The opportunity to explore Nice was lost to the torrential rain. Instead I opted for a leisurely lunch and sat through the previous evening's Europa League extravaganza between Rubin Kazan and Bordeaux (0-0) It was ironic to hear that the weather at home and been very good whereas the South of France was less so. This Pieman was glad to get back to a dry England!