Shirebrook is a town in the Bolsover district of north-east Derbyshire on the border with Nottinghamshire. Shirebrook once had three railway stations. The last remaining station was on the Midland Railway (later part of the LMS) route from Nottingham to Worksop via Mansfield, and was originally known as Shirebrook West, despite being on the eastern edge of the town. The route lost its passenger services in October 1964, leaving Mansfield as one of the largest towns in the UK without a station, but the line remained opened as a goods route. On the site of the goods yard a diesel locomotive fuelling depot was opened in the mid 1960s. The station was re-opened in 1998 for the new Robin Hood Line services from Nottingham to Worksop. A wagon repair and manufacturing business have a rail link with the main line. Notable former residents of Shirebrook include Sir John Hurt, who lived in Shirebrook until aged five when his father was the vicar of Holy Trinity Parish Church, Hollywood actor Jason Statham and Ray Wilson, a member of the England 1966 World Cup-winning football team. 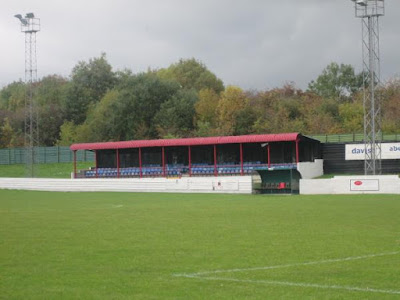 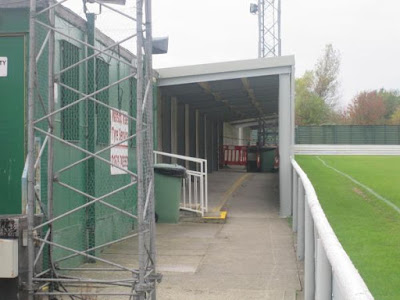 A Tuesday evening jaunt to Langwith Road saw a late afternoon arrival at the ground. Being allowed a short opportunity to access the ground at the time was a bonus and facilitated some daylight photographs. This in turn allowed plenty of time to explore the town consisting of old buildings reflecting an earlier mining history mixed with newly built dwellings more akin with current society. I was also able to spend some time at The Gate where real ale from the Nottingham based Castle Rock Brewery is available and was enjoyed. 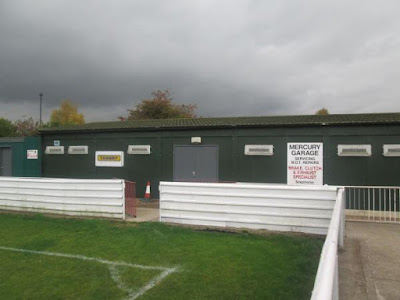 The railway station is very close to Langwith Road and for a midweek fixture, without too many delays, the 21:41 service to Nottingham or even better, the 21:47 service to Worksop, are conveniently timed. There is a social club outside the ground, which I assume is open at times other than when there is a football match being staged. 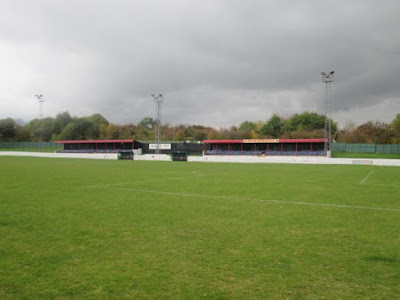 There are two covered seated stands along one side of the ground. Along the opposite side is a building which houses the hospitality area for directors and visiting officials and a general refreshment area where this Pieman enjoyed a delicious chip cob. The remainder of this side contains a shallow covered standing area, half of which was out of action for this match, although it was hard to see why. At one end of the ground there is just flat hard standing with similar at the other end which also incorporates the changing facilities (opened by Ray Wilson in 2004) and toilet block. 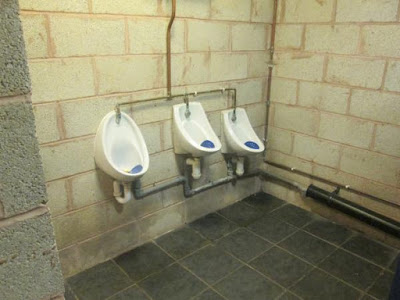 I will admit to being a bit confused at first as to the identity of the teams. The corner flags were orange and so I decided that the team wearing that colour was Shirebrook Town. Accordingly, I was a little surprised to see what I thought was bottom placed Lincoln Moorlands Railway, race into a two goal lead. It was some time later that I realised the match was going to form and it was in fact the away team that were attired in Orange. Shirebrook Town are having a decent season and had won their previous match 4-1. 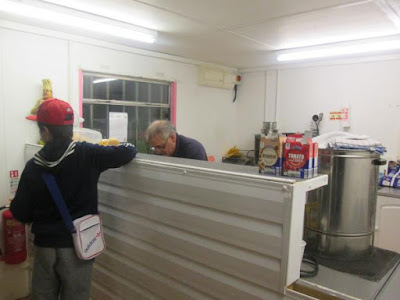 At half time the home side had established a 3-1 lead and a further goal ensured a repeat of the previous result. The admission price of £4:00 represents extremely good value for senior football and the catering on offer at the ground, along with the friendly welcome received, added up to a decent evening out. 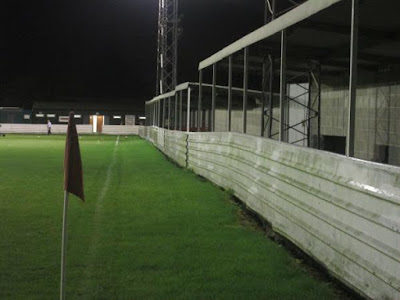 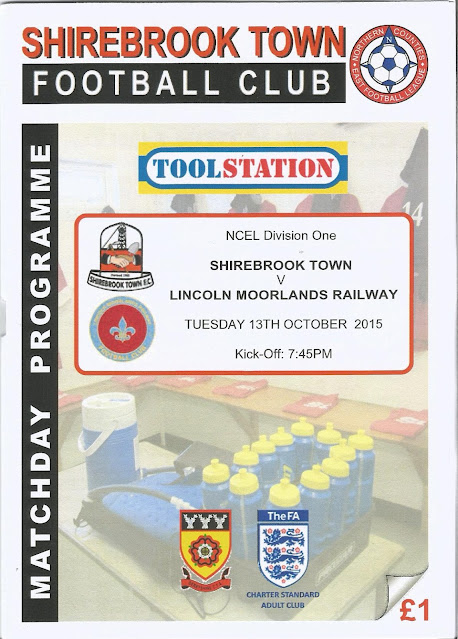