Moscow is situated on the Moskva River in the Central Federal District of European Russia. It is the world's most populated inland city. The city is well known for its architecture, particularly its historic buildings such as Saint Basil's Cathedral with its brightly coloured domes. With over 40 percent of its territory covered by greenery, it is one of the greenest capitals and major cities in Europe and the world, having the largest forest in an urban area within its borders. Moscow is the seat of power of the Government of Russia, being the site of the Moscow Kremlin, a medieval city-fortress that is today the residence of the President of Russia. The Moscow Kremlin and Red Square are also one of several World Heritage Sites in the city. Both chambers of the Russian parliament (the State Duma and the Federation Council) also sit in the city. The city is served by a transit network, which includes four international airports, nine railway terminals, numerous trams, a monorail system and one of the deepest underground rapid transit systems in the world, the Moscow Metro, the fourth-largest in the world and largest outside of Asia in terms of passenger numbers, and the busiest in Europe. It is recognised as one of the city's landmarks due to the rich architecture of its 200 stations. 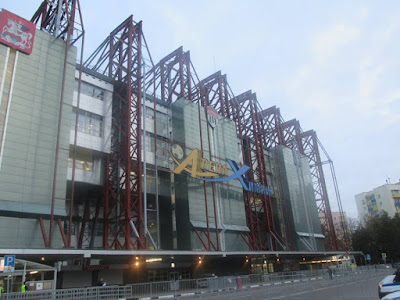 Dynamo Moscow has its roots in the club Morozovtsi Orekhovo-Zuevo Moskva founded as a factory team in 1887. The team was renamed OKS Moskva in 1906 and won a series of Moscow league championships from 1910 to 1914. After the Russian Revolution, the club eventually found itself under the authority of the Interior Ministry and its head Felix Dzerzhinsky, chief of the Cheka, the Soviet Union's secret police. The club was renamed Dynamo Moscow in 1923. Dynamo won the first two Soviet Championships in 1936 and 1937, a Soviet Cup in 1937, and another pair of national titles in 1940 and 1945. They were also the first Soviet club to tour the West when it played a series of friendlies in the United Kingdom in 1945. Dynamo's greatest achievement in Europe was in the 1971–72 European Cup Winners' Cup, where they reached the Final at Camp Nou in Barcelona, losing 3–2 to Rangers. This was the first time a Russian side had reached a final in a European competition. 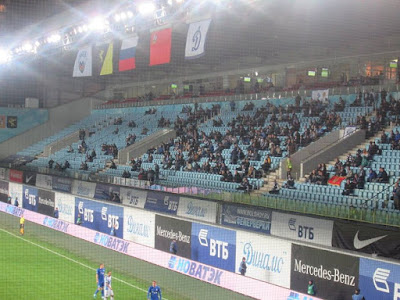 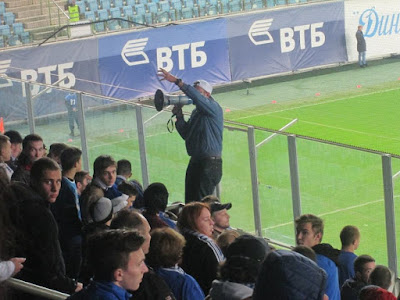 My journey from London Heathrow to Moscow was made via Brussels. I reached my hotel at Paveletskaya by train direct from Domoedovo Airport. From this location it is relatively easy to get to the Arena Khimki, although it helps to research the logistics in advance. For this purpose I am grateful to our Russian Spurs friend Alexey Pivovarenko for confirming that you catch the metro (Green Line) to Rechney Vokzal Station (end of the line) and then catch bus 345 to the stadium. The metro part of the journey was straightforward but finding the correct bus stop in the Moscow rush hour proved to be a bit more of a challenge. Once on the bus I was able to establish a dialogue with the driver, who confirmed my destination. The bus stops immediately outside the ground. 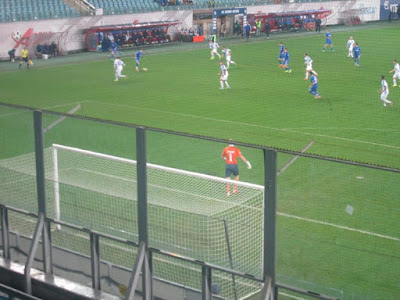 I was able to take a few daylight photographs and purchase match programmes. The much travelled Adam Carne along with William Evans were joining me at this match and had arranged via ‘Bankie’, an extremely influential Dynamo fan, to go behind the goal with the Ultras. I opted to do likewise for 200 rubles (the same price as the match programme). This proved to be a good decision as this group of fans demonstrated a tremendous passion for their club and sang for the entirety of the match. 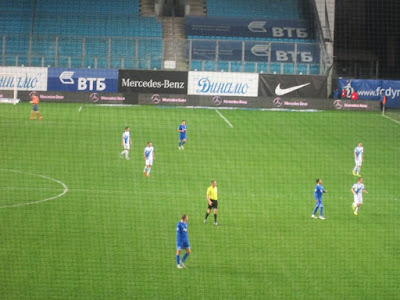 In truth, the match was not of the highest quality and I do not recall the visitors having a proper attempt at goal. Dynamo, at the time of this match, was romping away with the league and this victory further enhanced that position. The attendance was poorer than usual but was not helped by Dynamo’s Ice Hockey team having a fixture the same evening and there are clearly split loyalties. It should also be noted that the opposition support numbered three less than that of Tottenham Hotspur at this match – you can do the maths! 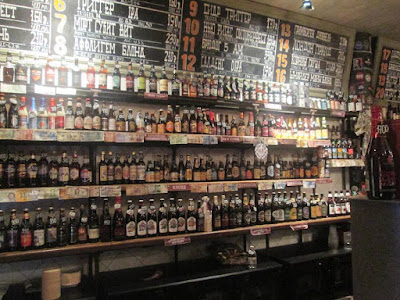 After the match our host arranged transport back to town and joined us for a good evening where we visited a number of establishments serving a variety of craft beers. There appears to be a beer revolution taking place in Moscow with tremendous variety of choice. This Pieman was also pleased to sample a lamb pancake dish, a local speciality for the region.  I should also mention the cabbage flavoured vodka which was surprisingly pleasant. The purpose of my visit was primarily to watch Spurs play at CSKA the following evening (more of that to follow), but I was actually looking forward to visiting Dynamo more, probably due to it not being on my radar initially – perfect timing! 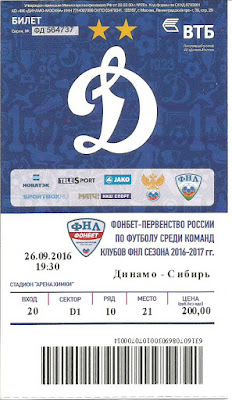 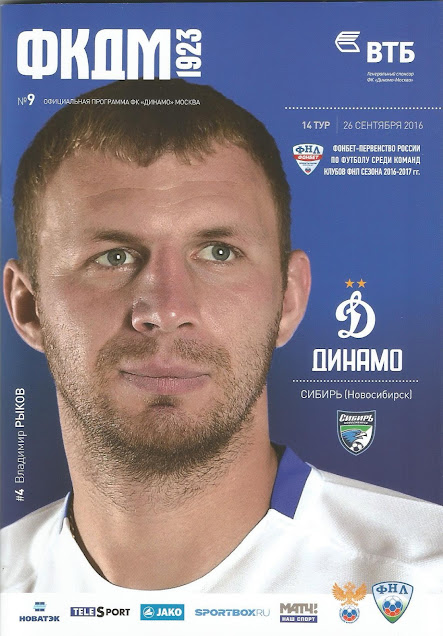