The Phoenicians, and after them the Greeks, had a temple on the Monacan headland honouring Hercules. The principality took its name from Monoikos, the Greek surname for this mythological hero. After being independent for 800 years, Monaco was annexed to France in 1793 and placed under Sardinia's protection in 1815. By the Franco-Monegasque treaty of 1861, Monaco went under French guardianship but continued to be independent. A treaty made with France in 1918 contained a clause providing that, in the event that the male Grimaldi dynasty should die out, Monaco would become an autonomous state under French protection. Monaco has a tourist business that attracts as many as 1.5 million visitors a year and is famous for its beaches and casinos, especially world-famous Monte Carlo. It had gaming tables as early as 1856. Prince Rainier III, born on May 31, 1923, succeeded his grandfather, Louis II, on the latter's death, on May 9, 1949. Rainier was married, in 1956, to American actress Grace Kelly and they subsequently had three children. Their son, Prince Albert Louis Pierre (b. 1958) was heir to the throne. Immensely popular, Princess Grace died on Sept. 14, 1982, of injuries sustained in a car accident near Monte Carlo. 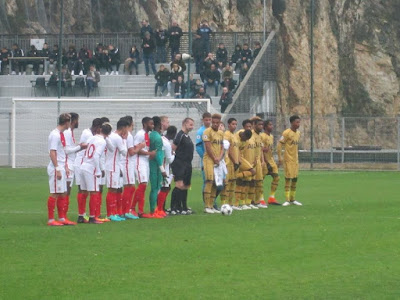 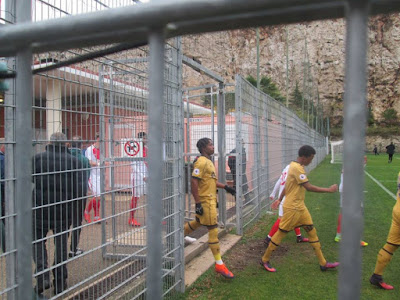 Having attended both of Tottenham Hotspur’s away fixtures in the UEFA Youth League so far, this Pieman was keen to complete the set with a visit to AS Monaco’s training centre. I was already running late due to incompetence at Nice railway station, which meant I had to wait over an hour for a train. On arrival at Monaco there was just enough time to head over to the main stadium to obtain programmes for that evening’s main match before heading to the earlier fixture. 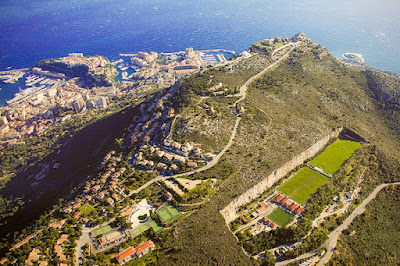 The Stade de La Turbie is situated close to the village of La Turbie, which is not in Monaco but France. A factor to consider is that this location is at the top of a mountain overlooking Monaco and although there is a local bus service to the village, our assembled group took a taxi to the summit. An added complication here being that our taxi was registered in Monaco and was not allowed to pick us up after the match. For this purpose we were able to secure a French taxi to get us back to town afterwards. 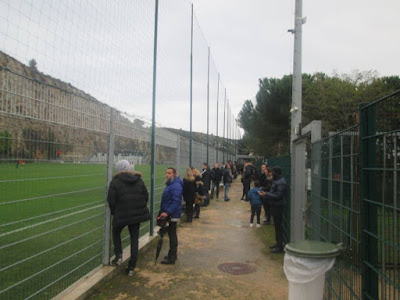 On arrival at the ground an hour before the scheduled 3pm kick off. We were unable to enter the stadium straight away. We were issued with our free match tickets but had to await the arrival of two policemen whose job it was to facilitate the body search of spectators. Once inside the stadium I immediately realised that this is a venue where spectators are suffered as an unwanted necessity by the host club rather than seen as a benefit. There are toilet facilities but these are outside the viewing areas and back at the ground entrance. Refreshment facilities are limited to a vending machine. 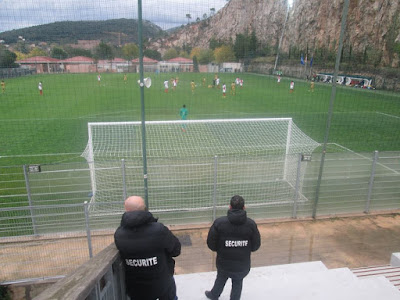 Worse was to follow with the revelation that you would either be watching the match through a fence or at best looking over the top of one. Behind the far goal is a small uncovered stand, which presumably meets regulations (the club’s reserve team plays their home fixtures here). Along one side is a flat standing area. On the opposite side is where the respective benches are located (adjacent to the mountainside) and the remaining end houses the changing facilities and administrative block. All in all this is an extremely unfriendly place with some obstructive personnel. An attempt to obtain a team sheet was met with contempt although this Pieman is extremely grateful to Dean Rastrick (a Tottenham Hotspur official) for helping and arguing the case for the visiting supporters.


The match saw ten men AS Monaco overcome their visitors from London, having gone behind in the second period. Before the match Spurs had to make a late change as their goalkeeper was hit in the face by a ball during the warm up. Having received medical attention, he was unable to play. The replacement to the original line-up had to be approved by both clubs and UEFA. Our return taxi was waiting at the end of the match and we were soon heading down the slopes to Monaco and another match! 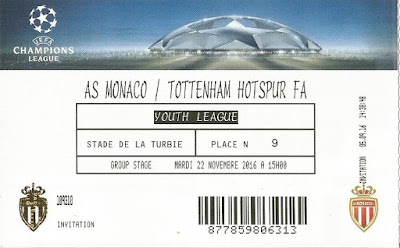 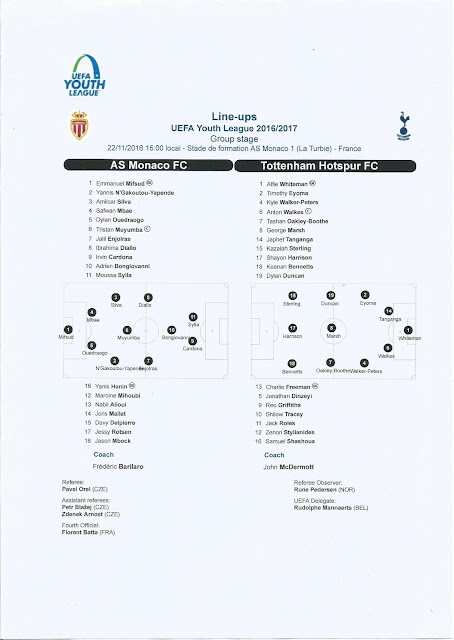