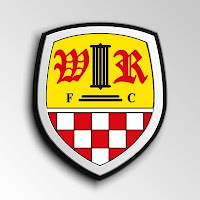 Wormley is a village in Hertfordshire. It is within the Borough of Broxbourne. The village is part of the census ward of Wormley and Turnford. The name is thought to derive from the Old English "snake-infested leah"; the last element could mean "clearing", or perhaps "woodland pasture". Wormley was one of the manors which were granted by Harold Godwinson to the canons of Waltham Holy Cross. It was entered in the Domesday Book of 1085 as Wermelai, with a total of 28 households. Wormley remained under the control of the monastery until its dissolution in 1540 when it was granted to Sir Edward North. The manor house, called Wormleybury, on the south side of Church Lane, was totally rebuilt in 1734 and remodelled in 1767 and 1782 by Robert Mylne for Sir Abraham Hume. It has a stone portico and steps, with an octagonal bell turret. There is interior decoration of 1779 by Robert Adam. It is a Grade I Listed building. There are two Coal-tax posts in Wormley and both are in unusual locations. One is in the middle of Wormley Wood and the other on the north side of a country lane at a point where it is hard to imagine any significant trade traffic passing by. They were erected following the London Coal and Wine Duties Continuance Act 1861, and thanks to them, many of the bridges across the River Thames were paid for. 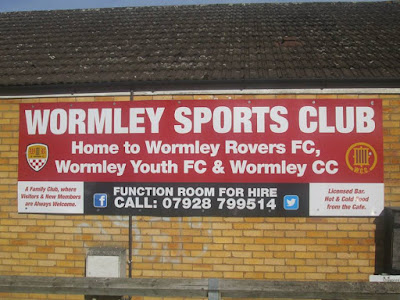 Wormley FC was originally formed in 1921 playing home matches on land donated by Joseph Rochford & Sons, at that time a big name in horticulture as well as being an employer of a large percentage of the local population. The Club was reformed in 1947 after the 2nd World War, moving to its present ground at Wormley Sports Club, in Church Lane in 1954. During the late 1940’s, 50’s and early 60’s the Club was a major force in Junior Football, frequently embarrassing more senior opposition during that period. The late 1960’s, and early 70’s saw a decline in fortune, however, this was redressed and by 1975 the Club had progressed to join the Herts Senior County League. Since stepping up to the Herts Senior County League, the Club formed a successful Youth Section in 1975, with a number of players going on to play in professional ranks. David Bentley, who played for Blackburn Rovers and Tottenham Hotspur, began his football career with Wormley Youth before being discovered by Arsenal. In line with League requirements, a fixed post and rail was installed in 1990, floodlights were added in 1994, and the brick built dugouts in 1996 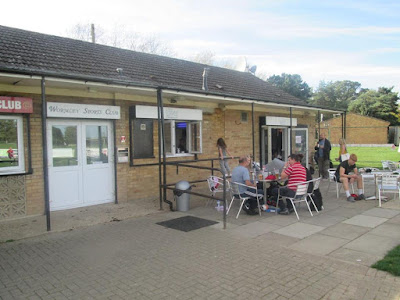 Wormley Rovers FC is probably the closest senior football club to where this Pieman resides. I would estimate that it would take around a twenty-minute brisk walk door to door. However, on this occasion I was given a lift, which facilitated a visit to The Woodman public house at Wormley West end. The pub is now The Woodman and Olive and doubles as a Greek restaurant (looks very nice). There was no real ale available but I can recommend the cappuccino. 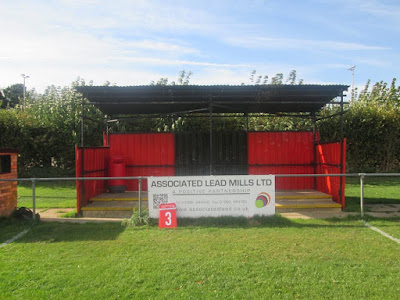 On arrival at Wormley Sports Ground, I was immediately surprised at how big the complex is. There are a number of outside pitches and a nine-hole golf course. The main area is shared between the enclosed football pitch and cricket. On this particular day, work was taking place to get the cricket pitch ready for next summer. 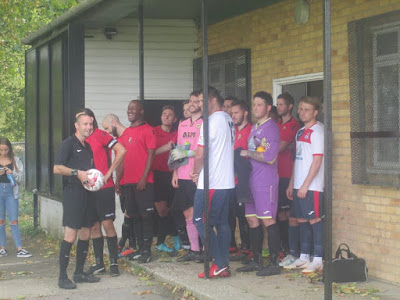 The impressive main clubhouse building contains a function room with licensed bar and also a separate café area. The changing facilities are located in a separate building towards the cricket pitch. Both structures appear to be relatively new builds, reflecting the progress the club has made over the years. The pitch is fully railed off with concrete hardstanding around the parts that do not overlap the cricket field. The only covered accommodation for spectators is a small terraced area on the same side of the pitch as the dugouts. 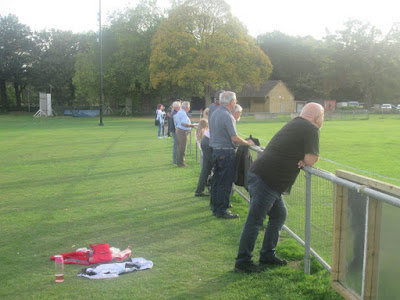 This match saw White Ensign (I saw their first home match at this level earlier this season), who had started very well against a home side looking to climb the table following their first win in the previous match. Playing with the wind in the first period, Wormley, despite having to make a couple of early substitutions, took the match to the visitors and were well worth their two goal lead. In truth it should have been a greater lead and credit to the White Ensign keeper for preventing that. A goal just before the break reduces the arrears and this will have given White Ensign confidence. 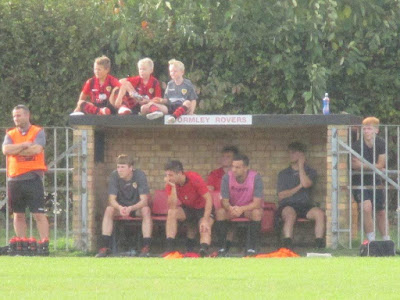 Two further strikes in the second period completed the turnaround and although they did not play particularly well, this proved enough for White Ensign to take the points. A result that was tough on the home side considering their efforts. It was good to catch up with Burnley fan Mike Benyon at this match. He and I were both disappointed in the lack of substance to the match programme, which is only available on line. I appreciate that clubs are no longer obliged to produce hard copy, but this effort did not detail the officials, contain league tables or offer much at all, save listing the respective squads. That said, I really enjoyed spending a couple of hours in the sunshine at this lovely venue. After the match I participated in a quiz just down the road in Wormley and although it is not all about winning, my daughter’s team managed to do so, having played our joker in the Harry Potter round! 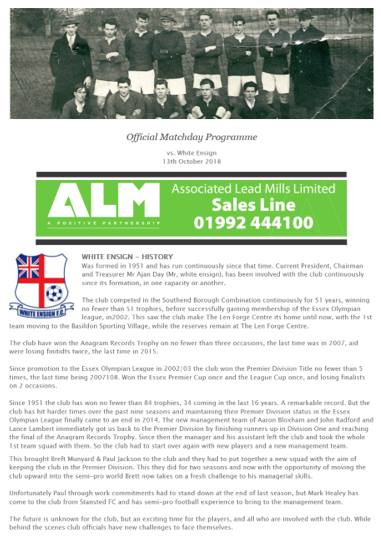