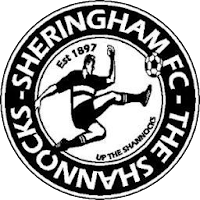 Sheringham is a seaside town in North Norfolk. The motto of the town, granted in 1953 to the Sheringham Urban District Council, is Mare Ditat Pinusque Decorat, Latin for "The sea enriches and the pine adorns." The current town of Sheringham was once Lower Sheringham, a fishing station for the main village, now known as Upper Sheringham. It is a railway town that was developed with the coming of the Midland and Great Northern Joint Railway line in the late 19th century. Most of Sheringham's range of buildings and shops come from this period and the early 20th century. It has a particularly interesting range of buildings using flint, not normally in the traditional Norfolk style but in a variety of techniques. The railway line to Cromer and Norwich remains open as the Bittern Line. Beyond Sheringham station, the line has been preserved as the North Norfolk Railway also known as the "Poppy Line" to Holt. Sheringham is also the North Norfolk Railway link with the National Rail network, which was completed in 2010 and used officially by 70013 Oliver Cromwell. The railway still operates steam trains, although this alternates with diesel-powered trains depending on the timetables. 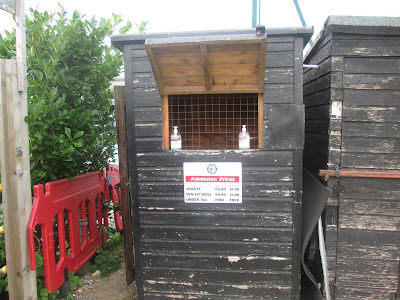 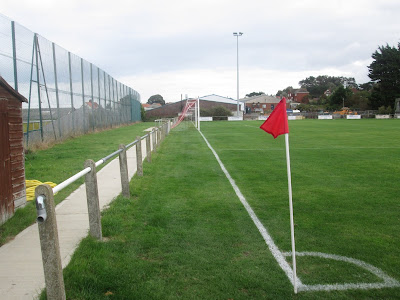 The journey to Sheringham was made by train. I used a discounted Greater Anglia voucher (thanks Martin). From Cheshunt to Cambridge, then on to Norwich, where I caught the final connection to Sheringham. Due to Covid restrictions and although not entirely comfortable, a facemask was worn throughout and in time I got used to that. All connections ran to time and Greater Anglia’s new trains are rather nice. On arrival at Sheringham, after a quick peek at the superb steam railway across the road, it was time to head for the coastal part of town. 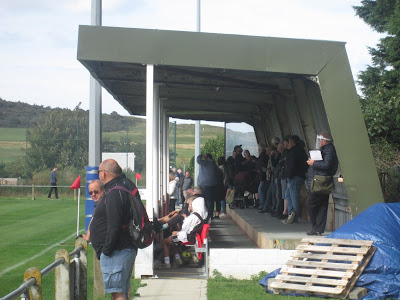 This experience was brief, as the blustery wind was not conducive to strolling along the prom in the traditional was. That said there were plenty of people out and one person swimming in the choppy water! It was good to return “inland” to the Robin Hood public house where the Proper Job was in very good condition. Apart from the good ale, this place is worth a visit to look at the nostalgic and quirky items on display. Magnificent cod and chips were enjoyed afterwards and this set me up nicely for the stroll out to Weybourne Road. 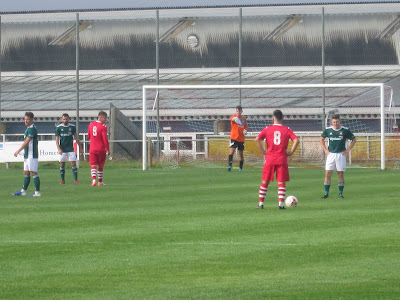 The football ground is easy to find and is situated immediately behind the Splash Leisure and Fitness Centre. The only covered spectator accommodation is a stand with one row of seating and a couple of rows a steep terracing behind. The latter forms a very good vantage point for when the weather turns. The only other “furniture” in the ground are the two dugouts situated opposite the stand, and a couple of sheds in the corner, one of which is the pay booth. At this end of the ground is “Spash”. The opposite end of the ground is not open to spectators and has an upward slope backing on to housing (relatively new looking). The clubhouse is outside the ground and is shared with cricket along with the car park. Refreshments can be purchased here. 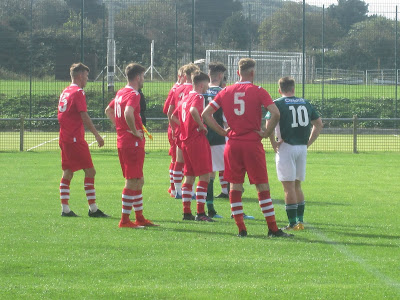 This match was a fairly even encounter with Sheringham playing better in the first half and probably worthy of more than their one goal lead at the break. A number of footballs, when hoofed out of the ground, got caught in the trees and other vegetation behind the stand, keeping club officials busy. In the second half a wayward attempt at goal bounced twice on a nearby house before helpfully bouncing back into the ground. 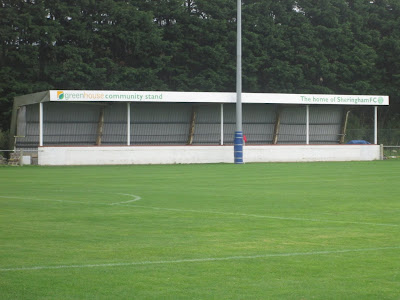 Lakenheath were revitalised after the break and were soon on level terms. This gave them confidence as they pressed further. However, it looked very much that the match was going result in a draw, until in the closing minutes a lofted cross from the left eluded the Sheringham keeper as it hit a post and crossed the line for a late winner. Not for the first time, I have enjoyed the football in this league and hope to visit more grounds in this region. The train back to Norwich was at 17:49 meaning there was no need to rush. All other connections ran to time, a long but enjoyable jaunt. 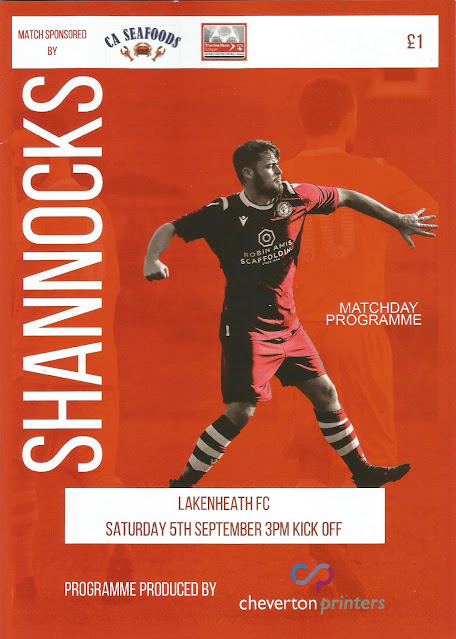