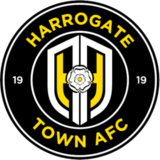 Harrogate is a spa town in North Yorkshire. The spa water contains iron, sulphur and common salt. In the Georgian era, the town became known as the English spa and became a popular tourist destination as wealthy (sometimes sickly) visitors came in search of health treatment. Another significant attraction is RHS Harlow Carr Gardens. Managed by the Royal Horticultural Society it is their main presence and representation in the North of England. Bettys Tea Rooms on Parliament Street is an another iconic tourist attraction for Harrogate. The actor Jim Carter (Carson in Downton Abbey) was born in Harrogate. 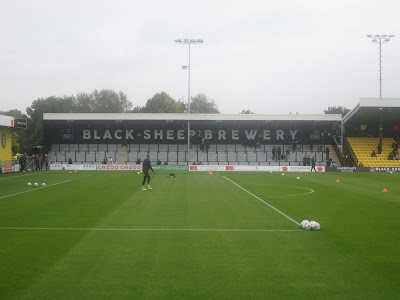 Two previous incarnations of the football club were founded in 1914 and 1919 as Harrogate AFC and Harrogate Town AFC. The latter disbanded in 1932. Harrogate Hotspurs FC was founded in 1935, changing their name to Harrogate Town when football resumed after World War II. Since then the club has played in the West Yorkshire League, Yorkshire League, Northern Counties East League, Northern Premier League and Conference/National League. This culminated in promotion to the Football League in 2020. The club also won the delayed 2019/2020 FA Trophy final at Wembley Stadium in 2021, beating Concord Rangers. 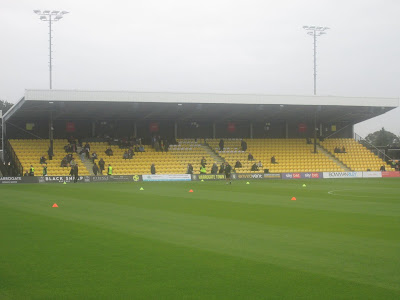 Although I had previously completed “the 92” I often take a while to catch up when new teams are promoted to the Football League. The previous season being dramatically affected by the pandemic meant that Harrogate Town FC remained on my agenda. A ticket sale by LNER provided an opportunity to travel to Leeds for £10 each way and my plan was formulated. I was also able to secure cheap advance purchase tickets for the Leeds – Harrogate legs of the journey (just over £2 each way). 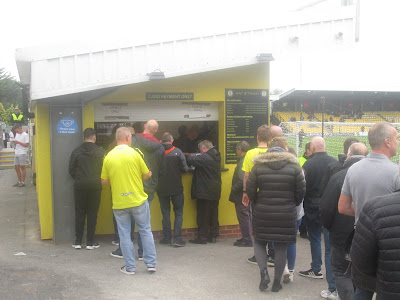 I should mention that prior to arriving at Harrogate my train passed over the Crimple Valley Viaduct. This Grade II listed structure offers stunning views and is met by a sharp bend when approaching from Leeds. On arrival at Harrogate Station, the adjacent Harrogate Tap provided an excellent refreshment opportunity. At this establishment I enjoyed a superb pint of Weight Less (4.2%), a session IPA from RedWillow Brewery (Macclesfield). A short walk then took me to The Little Ale House micropub where I reverted to Yorkshire tradition to enjoy an equally rewarding brew in the form of Gamekeeper (4.3%) from Wensleydale Brewery. 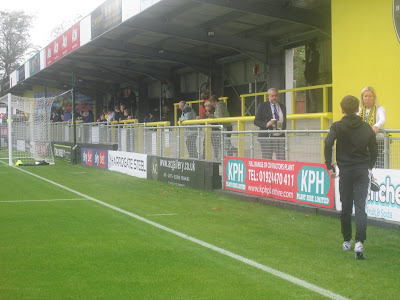 From the railway station the walk to Wetherby Road takes little more than twenty minutes. Some of which was via a well-trodden path that crosses a park. I suspect this was just a small track that the local authority paved over at some point, having conceded! The rapid rise of the club in recent years has necessitated many changes to the structure of the ground. First impressions are of a venue that has evolved into a really nice place to watch football. There are many covered structures around the ground, some for seating and others for standing. I hope the photographs included with this post help to paint that picture. 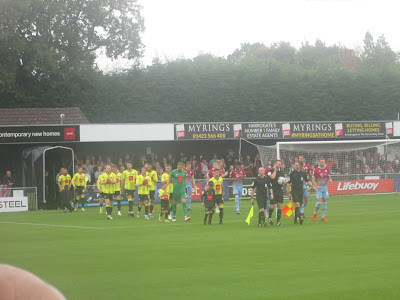 With this being a weekend set aside for international football an opportunity arose for many neutrals to visit Harrogate Town for the first time. This was underlined by the record attendance of 3180 for this venue. I spoke to a number of people before, during and after the match who were making their first visit. The match between high flying Harrogate Town and struggling Scunthorpe United commenced in spectacular fashion with the home side leading by three clear goals with just over a quarter of an hour played. 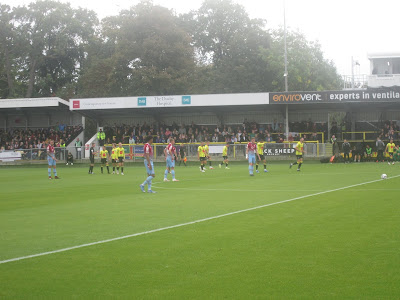 At half time it was 5-0 and it would be interesting to see how the visitors would react. They were out and ready long before their hosts and what was said at half time will most likely have been best left in the changing room. To be fair they showed themselves more resolute in the second period and managed a goal before Harrogate Town scored again from the spot, getting a man sent off for a second yellow card from this incident. The journey home via Leeds was good and I was able to reflect on an interesting first visit to Harrogate. 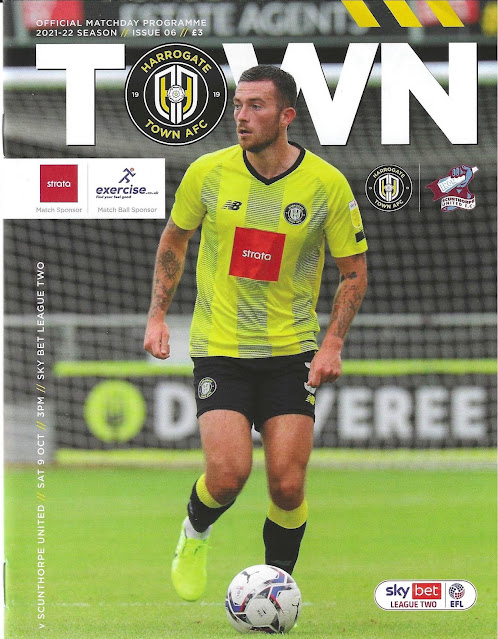 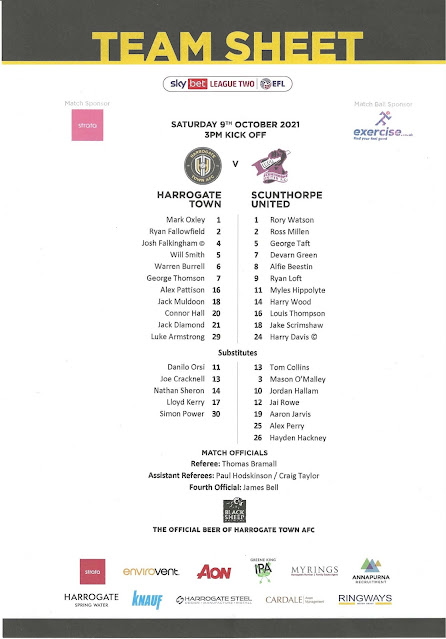