Swaffham is a market town in the Breckland District of Norfolk. It is situated 12 miles east of Kings Lynn and 31 miles west of Norwich. By the 14th and 15th centuries, Swaffham had an emerging sheep and wool industry. As a result, the town has a large market place. Until 1968, the town was served by Swaffham railway station on the Great Eastern line from King’s Lynn. Just after Swaffham, the line split with one branch heading south to Thetford and the other heading east to Dereham. 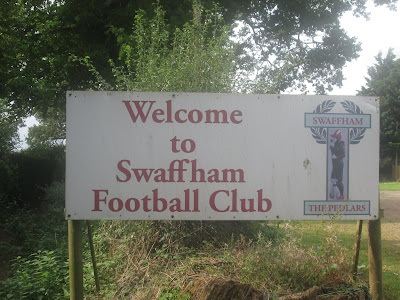 The football club was established in 1892 and reached the final of the Norfolk Junior Cup two years later. In 1951 the club won the same competition and this success was repeated the following year. In 1959 the club moved to Shoemakers Lane having purchased the site for £250. The club joined the Anglian Combination in 1973 and was promoted to the Eastern Counties League in 1990. Having won Division One North in 2018 the club was promoted to the Premier Division. 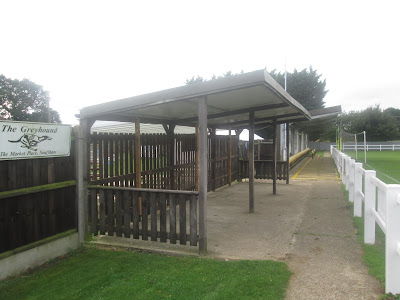 A late offer of a lift to Swaffham was gratefully accepted (thanks Phil). The journey via the A10/M25/M11/A11 was trouble free and pleasant, particularly the latter part through Thetford Forest which in the autumn sunshine was a bonus. The good progress meant being at the ground a good 80 minutes before the scheduled 3pm kick off for what would be my 4th FA Vase match of the season. 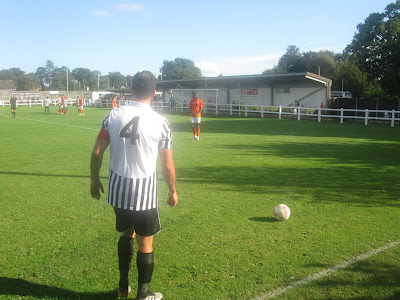 On arrival at Shoemakers Lane (the road of that name is extremely narrow and it is not possible for traffic to move in both directions at the same time), there was the early opportunity to take some pictures of the ground. Behind the clubhouse end of the ground there are two covered structures, one of which contains a row of seats. There is another covered seated (three rows) stand straddling the half way line. The opposite side of the pitch also contained a small covered area containing a long bench. 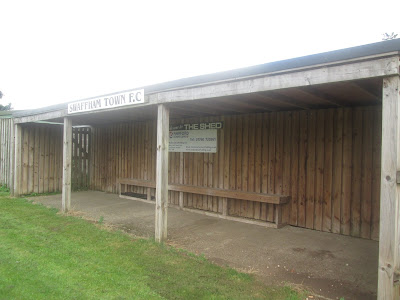 Clearly the ground has been a work in progress over the years, with these structures being added when time and finances have allowed. The clubhouse has a really friendly atmosphere and a lot of time and effort has been taken over the appearance. A large collection of football scarves from near and far adorn the ceiling and various other displays of memorabilia help to give the place a local identity. 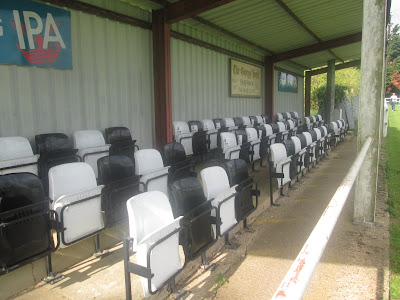 Swaffham Town went into this match having lost all nine of their Premier Division matches this season. Their only victory to date came when defeating the University of East Anglia in the previous round of the FA Vase. I understand that, as happens in non-league, there had been a mass exodus of players and coaching staff prior to this season. Something that any club could struggle to deal with. 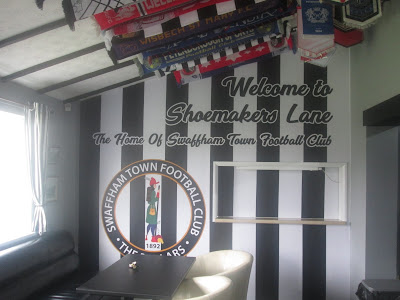 Visitors Eynesbury Rovers scored in the second minute and had netted again before ten minutes had elapsed. Anyone watching could be forgiven that this was going to be another heavy defeat for the home side. Therefore, it is to their enormous credit that the third goal did not arrive until the closing minutes of the match. Some resolute defending and a solid reliable performance from the goalkeeper paid off in this respect. Accordingly, there is something to build on. Unfortunately, very little was created at the other end of the pitch. The journey home was swift and I was back in Cheshunt in less than two hours. 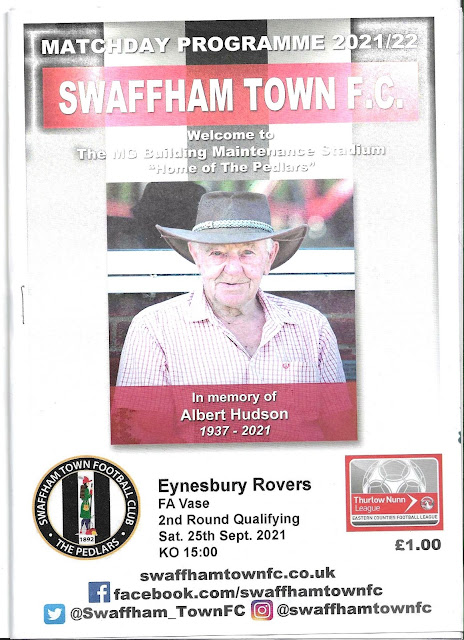