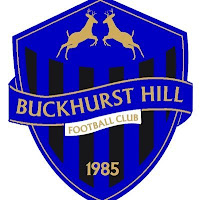 Buckhurst Hill is a town in the Epping Forest district of Essex. It is part of the metropolitan area of London and is adjacent to the northern boundary of the London Borough of Redbridge. The area developed following the opening of a railway line in 1856. This was originally part of the Eastern Counties Railway and is now part of the Central Line of the London Underground. It is reported that highwayman Dick Turpin moved to Buckhurst Hill in 1725 and that Colin Hurley was educated in Buckhurst Hill. 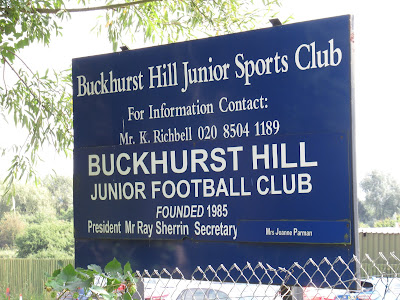 The football club was founded in 1985, by Richard Brand and Alfie Scare to provide youth football for the local area. Gradual progression included joining the Hertfordshire County League in 2004 and subsequently, the Essex Olympian League in 2008. The Division One title was won in 2017 and this was followed up the following year by winning the Premier Division. In 2021, the club was promoted to the Eastern Counties League, Division One South and only last Saturday (11 September) played a match in the FA Vase for the first time. 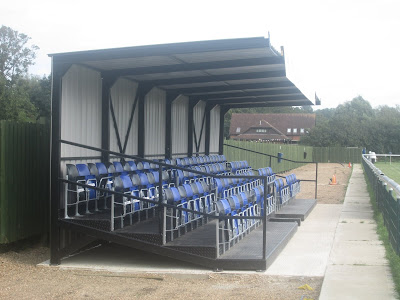 There was more than a hint of "this looks familiar" as I made my way up the hill from Buckhurst Hill station toward the Roding Lane ground. On 13th April 1990 I visited a ground of the same name to watch Eton Manor play Woodford Town in an Essex Senior League match. This former senior venue is on an adjacent site to where Buckhurst Hill FC now play. So familiar territory, but a completely separate ground. 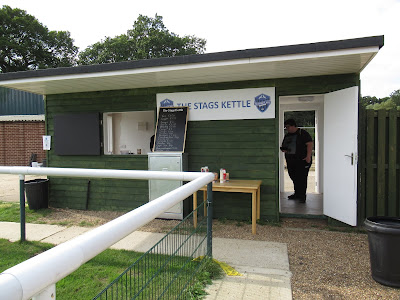 This is a very tidy venue. The complex includes other pitches that are used for the many junior teams within the club. The main pitch is fully railed with hardstanding and is overlooked by the requisite covered seated stand. As you enter the stadium, it is easy to be enticed by the smell of cooking, the serving hatch being part of the entrance block. Tea and coffee along with hot dogs and burgers are available here. The main clubhouse building contains the changing rooms, a licenced bar and further refreshment facilities. 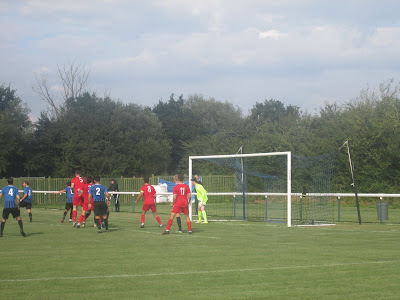 I had already seen these teams this season and both had impressed. Buckhurst Hill had won 3-1 at Wormley Rovers and more recently, I had seen Benfleet win 2-0 at St Margaretsbury in the FA Vase. Therefore, I was hopeful that we would witness a good competitive match. Benfleet were sitting top of the table and were three points ahead of Buckhurst Hill who had played two less matches. 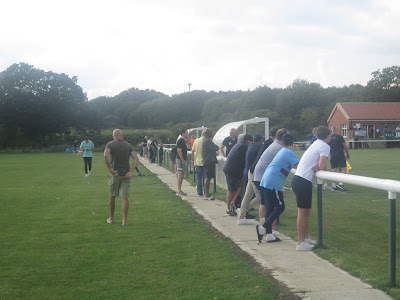 The first half of this encounter was fairly even and it was not easy to predict an outcome. The home side grew in confidence after taking the lead, an advantage they held at the interval. It was not long after the resumption that Benfleet levelled and for a while the match was end to end. Buckhurst Hill restored their lead when a fine cross was headed home and this proved to be the turning point. 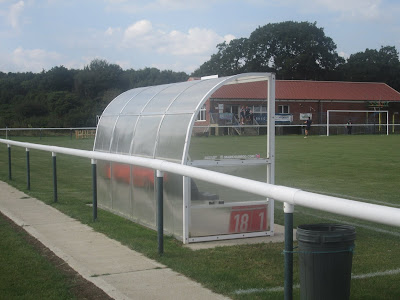 The home side scored a further two goals to earn a well deserved victory. Special mention should also be made to both goalkeepers who made spectacular saves during the match. It will be good to watch the progress of Buckhurst Hill. The future installation of floodlights will assist in furthering the ambition of this extremely well run club. I was on a Central Line service to Stratford at 16:58, which emphases the close proximity of the ground. 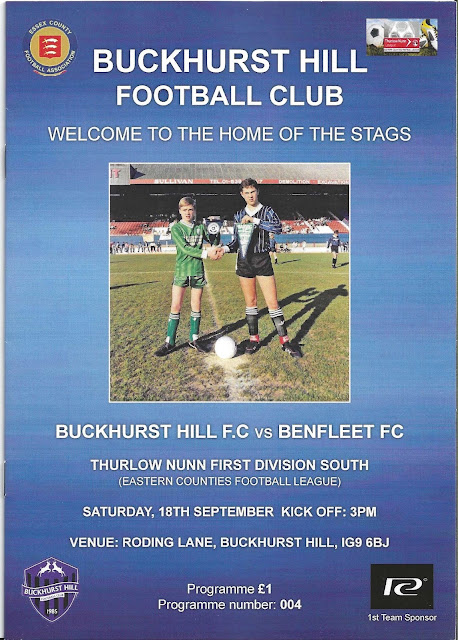