Oldham is a large town in Greater Manchester, England. It lies amongst the Pennines on elevated ground between the rivers Irk and Medlock, 6.9 miles northeast of the city of Manchester, and 5.3 miles south-southeast of Rochdale. Oldham is surrounded by several smaller settlements which together form the Metropolitan Borough of Oldham, of which Oldham is the administrative centre. 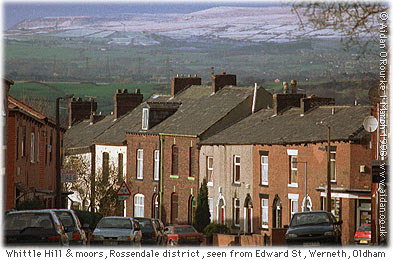 Historically a part of Lancashire, and with little early history to speak of, Oldham rose to prominence during the 19th century as an international centre of textile manufacture. It was a boomtown of the Industrial Revolution, and amongst the first ever industrialised towns, rapidly becoming "one of the most important centres of cotton and textile industries in England". At its zenith, it was the most productive cotton spinning mill town in the world. Oldham's textile industry began to fall into decline during the mid-20th century, and its last mill closed in 1998. The demise of textile processing in Oldham caused a local economic depression. Today, Oldham is a predominantly residential town, although it is still distinguished architecturally by the surviving cotton mills and other buildings associated with its former industry.H


In those days, Spurs Supporters Club chartered special trains and it was from London Euston that we set of for Oldham Werneth. From there it was at least a mile to walk to Boundary Park, escorted by the local constabulary. On arrival at the ground we made for the welcoming social club where a couple of pints of local bitter (J.W. Lees) was very welcome.

Back then, prior to flirtation with the top flight and post Taylor report ground obligations, Boundary Park was mainly terracing with just two stands along part of the sides. I recall the terracing where we stood was in particular need of repair (crumbling). The 14,122 present at this match were treated to a decent match in the sunshine. Scotsman Neil McNab netting for Spurs! 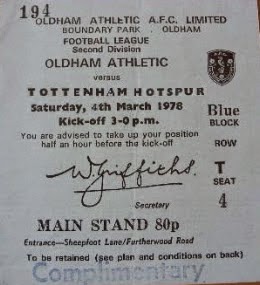 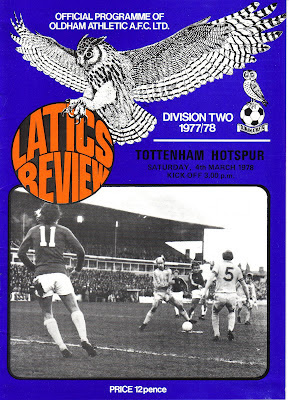 Jenks said...
This comment has been removed by a blog administrator.
10:26 pm