Wolverhampton is a city and metropolitan borough in the West Midlands. People from Wolverhampton are known as "Wulfrunians". Historically a part of Staffordshire, and forming part of the metropolitan county of the West Midlands from 1974, the city is commonly recognised as being named after Lady Wulfrun, who founded the town in 985. Prior to the Norman Conquest, the area's name appears only as variants of Heantune or Hamtun, the prefix Wulfrun or similar appearing in 1070 and thereafter. The railways reached Wolverhampton in 1837, with the first station located at Wednesfield Heath, now Heath Town on the Grand Junction Railway. This station was demolished in 1965, but the area exists as a nature reserve just off Powell Street. Wolverhampton railway works was established in 1849 for the Shrewsbury and Birmingham Railway and became the Northern Division workshop of the Great Western Railway in 1854. In 1866, a statue was erected in memory of Prince Albert the Prince Consort, the unveiling of which brought Queen Victoria to Wolverhampton. The unveiling of the statue was the first public appearance Queen Victoria had made since the funeral of her husband. A 40-foot tall archway made of coal was constructed for the visit. The Queen was so pleased with the statue that she knighted the then-mayor, an industrialist named John Morris. Market Square, originally named High Green, was renamed Queen Square in honour of the visit. England's first automatic traffic lights could be seen in Princes Square, Wolverhampton in 1927. The modern traffic lights at this location have the traditional striped poles to commemorate this fact. The centre of Wolverhampton has been altered radically since the mid-1960s; with the Mander Centre (plans for which were unveiled on 15 April 1965) being opened in two phases, the first in 1968 and the second in 1971. The Wulfrun Centre, an open shopping area, was opened alongside the Mander Centre's first phase in 1968. 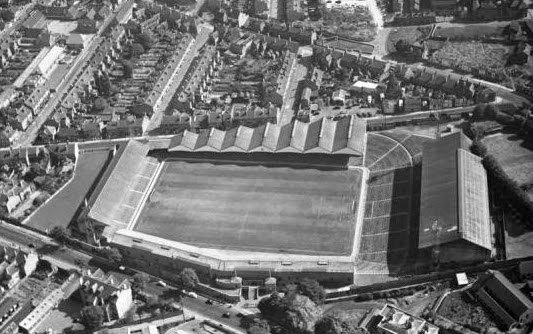 Wolverhampton Wanderers FC was founded in 1877 as St. Luke's by John Baynton and John Brodie, two pupils of St Luke's Church School in Blakenhall, who had been presented with a football by their headmaster Harry Barcroft. The team played its first-ever game on 13 January 1877 against a reserve side from Stafford Road, later merging with local cricket and football club The Wanderers to form Wolverhampton Wanderers in August 1879. Having initially played on two different strips of land in the town, they relocated to a more substantial venue on Dudley Road in 1881, before lifting their first trophy in 1884 when they won the Wrekin Cup, during a season in which they played their first-ever FA Cup-tie. Having become professional, the club was nominated to become one of the twelve founder members of the Football League in 1888, in which they played the first Football League match ever staged (against Aston Villa). They ended the inaugural season in third place, as well as reaching their first FA Cup Final, losing 0–3 to the first "Double" winners, Preston North End. At the conclusion of the campaign the club relocated for a final time when they moved to Molineux. Wolves lifted the FA Cup for the first time in 1893 when they beat Everton 1–0, and added a second triumph in 1908, two years after having dropped into the Second Division. After struggling for many years to regain their place in the top division, the club suffered a further relegation in 1923, entering the Third Division (North), which they won at the first attempt. Eight years later Wolves regained their top-flight status after winning the Second Division title under Major Frank Buckley. With Buckley at the helm the team became established as one of the leading club sides in England in the years leading up to the Second World War, as they finished runners-up in the league twice in succession, as well as reaching the last pre-war FA Cup Final, in which they suffered a shock defeat to Portsmouth. When league football resumed, Wolves suffered yet another final day failure in the First Division: Just as in 1938, victory in their last match would have won the title but a 1–2 loss to title rivals Liverpool gave them the championship instead. This game had been the last in a Wolves shirt for Stan Cullis, and a year later he became manager of the club. In Cullis's first season in charge, he led Wolves to a first major honour in 41 years as they beat Leicester to lift the FA Cup, and a year later, only goal average prevented Wolves winning the league title. The club's return to the English top flight heralded another period of relative success under Bill McGarry, with a fourth place in 1971 qualifying them for the newly created UEFA Cup. En route to the UEFA Cup final, they defeated the likes of Juventus and Ferencváros before losing to their countrymen Tottenham Hotspur 2–3 on aggregate; a 1–2 home defeat in the first leg proving decisive. They lifted silverware though two years later, when they won the League Cup for the first time by beating Manchester City 2–1 in the final. Despite relegation again in 1976, Wolves bounced back at the first attempt as Second Division champions. 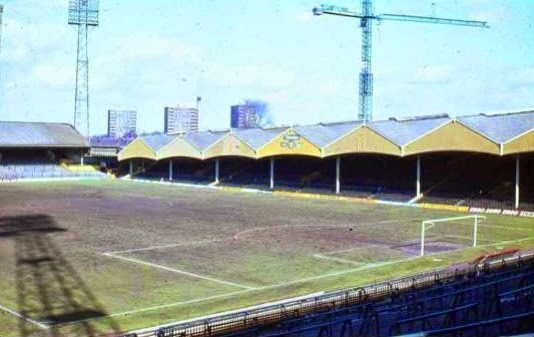 This Pieman travelled by charter train from London Euston to Wolverhampton by charter train. The home side defeated Tottenham Hotspur 3-2 in an entertaining end of season encounter. 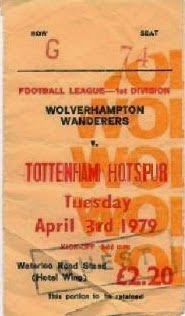 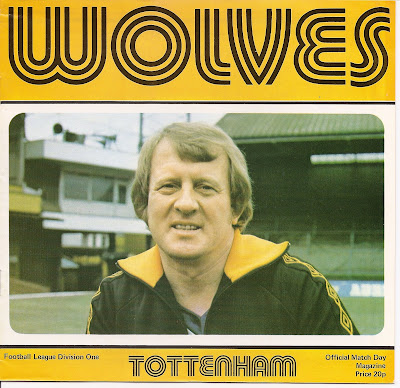