Carshalton is a suburb of London in the London Borough of Sutton, England.  It is located 10 miles south-southwest of Charing Cross, situated in the valley of the River Wandle, one of the sources of which is Carshalton Ponds in the centre of the village. To the south of the area, remains of artefacts dating from the Neolithic to the Iron Age have been found, suggesting that this was an early place of habitation. Prior to the Norman Conquest it is recorded that there were five manors in this location owned by five freemen. The village lay within the Anglo-Saxon administrative division of Wallington hundred. Carshalton appears in Doomsday Book as Aulton and was known for its springs; these may have given the place its name Cars - Aul - ton. Aul means well or spring. A ton is a farm which was in some way enclosed. The meaning of the Cars element is uncertain but early spellings (Kersaulton and Cresaulton) may indicate connection with a cross or perhaps cress, watercress having been grown locally. Les Gray, Rob Davis and Dave Mount, who went on to form glam rock bad Mud, were all born in Carshalton. (“That’s neat” – Ed). 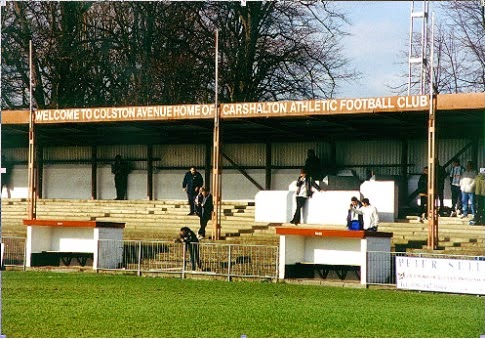 Carshalton Athletic FC traces its roots to two separate teams playing in the area of Wrythe Green in Carshalton in the early twentieth century. Whilst the club's history is dated to the formation of Mill Lane Mission in 1905 it also recognises the importance of officials, players and supporters of Carshalton St Andrews in its history. Mill Lane Mission was organised by the Mill Lane Mission recreational facility for teenage boys and began playing friendlies in 1903. They were formally registered with the Surrey County FA in September 1905 and continued to play only friendly matches until 1906 when they joined the Croydon & District League Division 2A. During 1905 and 1906 discussions were held with Carshalton St Andrews over amalgamation. Carshalton St Andrews was formed in 1897 by the vicar of St Andrews, Revd. C.W. Cleaver and began playing in the Surrey County Herald League. In 1902 they were promoted into the Southern Suburban League Division 2 West. They agreed to fold and amalgamate with Mill Lane Mission in 1906 but did not formally do so until they had honoured their remaining obligations at the end of the 1907–08 season. Meanwhile, Mill Lane Mission registered their name change with the Surrey F.A. and began playing under the name Carshalton Athletic F.C. in 1907. They play their home games at the War Memorial Sports Ground and early years saw mixed fortunes for the club.  From 1956 to 1972 the club competed in the Athenian League with very little success never really threatening to win the league, and finishing at the bottom of the table twice (1959–60 and 1960–61 seasons). Their best performance was in the 1963–64 season when the club managed to finish the season in third place. In 1967, floodlights were finally erected on six pylons. In the summer of 1973 Carshalton Athletic finally achieved a promotion of sorts when they were elected as founder members of the newly created Isthmian League Division Two. The first two seasons proved to be a struggle and in their third they just missed out on promotion finishing third in the league. Three years of struggle paid off in the 1976–77 season when promotion to the Isthmian Premier Division after finishing as runners up in the league in a year in which they also won the Surrey Senior Shield. 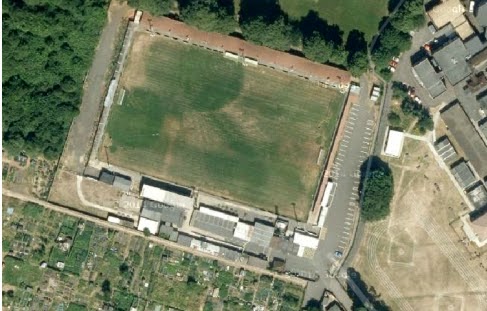 This Pieman visited Carshalton on a bank holiday Monday to witness this five goal feast. The journey by car was made from Harlow, the visiting team in this match. This was also the day that The Queen's cousin, Lord Louis Mountbatten, had been killed by a bomb blast on his boat in Ireland. 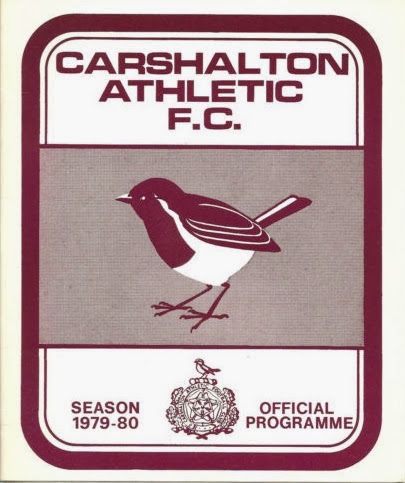