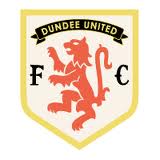 Dundee is the fourth-largest city in Scotland. It lies within the eastern central Lowlands on the north bank of the Firth of Tay, which feeds into the North Sea. The town developed into a burgh in Medieval times, and expanded rapidly in the 19th century largely due to the jute industry. This, along with its other major industries gave Dundee its epithet as the city of "jute, jam and journalism". Dundee's recorded population reached a peak of 182,204 at the time of the 1971 census, but has since declined. Dundee is home to DC Thomson & Son Ltd established in 1905, which produces over 200 million magazines, newspapers and comics every year. Accordingly Dundee is  known for the Dandy, the Beano, Desperate Dan, and Oor Wullie. The land surrounding Dundee, particularly that in the lower lying areas to the West and east of the city bears high quality soil that is particularly suitable for arable farming. It is predominantly of a brown forest soil type with some gleying, the lower parts being formed from raised beach sands and gravels derived from Old Red Sandstone and lavas.

Inspired by the example of Hibernian in Edinburgh the Irish Catholic community in Dundee formed a new football club in 1909, following the demise of Dundee Harp. Originally called Dundee Hibernian, the club took over Clepington Park (renamed Tannadice Park) from Dundee Wanderers and played its inaugural game on 18 August 1909 against Edinburgh Hibernian. The following year, the club was voted into the Scottish Football League. The ground is located on Tannadice Street in the Clepington area of the city. It is situated a mere 170 yards away from Dens Park, home of rivals Dundee. The club has only ever played one home fixture at another venue. This was a League Cup tie against Rangers in March 1947, when despite snow rendering Tannadice Park unplayable, the match was able to go ahead across the road at Dens Park.

This Pieman visited Tannadice having travelled from London via Edinburgh by train. A very good game ensued with the home side narrowly beating Spurs by the odd goal in five in this pre-season friendly. No programmes were produced for the match as “the printers were on holiday”.