Belfast is situated on Northern Ireland's eastern coast. The city is flanked to the northwest by a series of hills, including Cavehill, which is thought to be the inspiration for Jonathan Swift's novel, Gulliver's Travels. Belfast is located at the western end of Belfast Lough and at the mouth of the River Lagan making it an ideal location for the shipbuilding industry that once made it famous. When the Titanic was built in Belfast in 1912, Harland and Wolff had the largest shipyard in the world. Originally a town in County Antrim, the County borough of Belfast was created when it was granted city status by Queen Victoria in 1888. 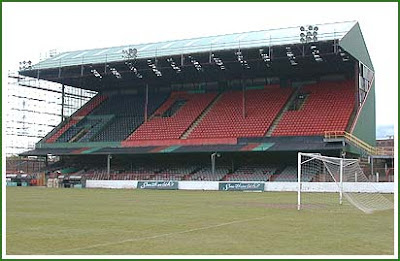 To reach Belfast we had driven from London to Stranraer in order to catch a sealink sailing to Larne. A relatively uneventful short crossing is only recalled due to the chance meeting with the brother of former Chelsea player and Manager, Eddie McCreadie, who was the bar steward. 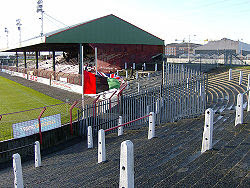 The Oval has been home to Glentoran since 1892. Before that the team used Ormeau Park from 1882 to 1886. Then the team shifted to King's Field in Ballymacarrett for four years until 1890. The team's next destination was Musgrave Park. It was only used for two seasons until 1892 when the Glens moved to the Oval in Dee Street, east Belfast. A new Oval was built in 1903 with the pitch being turned around ninety degrees.

Both clubs were soon to be celebrating their centenary, having been founded in 1882. An entertaining match saw Ossie Ardiles, Glenn Hoddle and Mark Falco (above) score for the FA Cup holders. 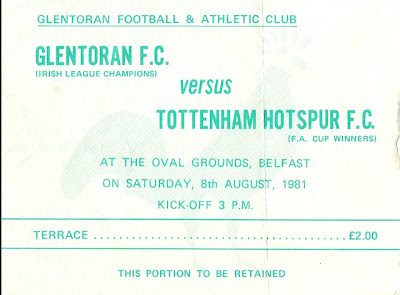 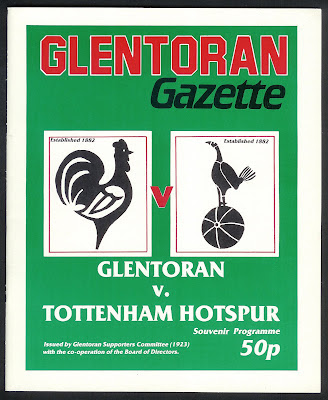