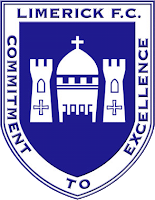 Limerick is a city in County Limerick, Ireland. It is located in the Mid-West Region and is also part of the province of Munster. Limerick City and County Council is the local authority for the city. It lies on the River Shannon, with the historic core of the city located on King's Island, which is bounded by the Shannon and the Abbey River. Limerick is also located at the head of the Shannon Estuary where the river widens before it flows into the Atlantic Ocean. Limerick in the sixteenth and seventeenth centuries was often called the most beautiful city in Ireland. The English-born judge Luke Gernon, a resident of Limerick, wrote in 1620 that at his first sight of the city he had been amazed at its magnificence: "lofty buildings of marble, like the Colleges in Oxford. During the civil wars of the 17th century the city played a pivotal role, besieged by Oliver Cromwell in 1651 and twice by the Williamites in the 1690s. The Treaty of Limerick ended the Williamite war in Ireland which was fought between supporters of the Catholic King James II (Jacobites) and the Protestant King William of Orange (Williamites). The treaty offered toleration to Catholicism and full legal rights to Catholics that swore an oath of loyalty to William III and Mary II. The Treaty was of national significance as it ensured closer British and Protestant dominance over Ireland. The articles of the Treaty protecting Catholic rights were not passed by the Protestant Irish Parliament which rather updated the Penal Laws against Catholics which had major implications for Irish history. Reputedly the Treaty was signed on the Treaty Stone, an irregular block of limestone which once served as a mounting block for horses.

Thomond Park is a stadium in Limerick in the Irish province of Munster. The stadium is owned by the Irish Rugby Football Union and has Munster Rugby, Shannon RFC and UL Bohemian RFC as tenants. This match was the final part of a two match tour of Ireland by Spurs. Tottenham Hotspur's goals in this match were scored by Glenn Hoddle (4), Steve Archibald and Mark Falco. 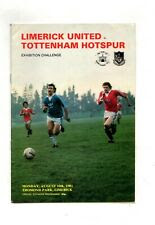