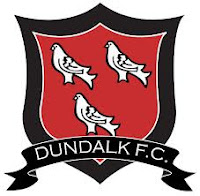 Dundalk is the county town of County Louth in Ireland. It is situated where the Castletown River flows into Dundalk Bay. The town is close to the border with Northern Ireland and equidistant from Dublin and Belfast. The Dundalk area has been inhabited since at least 3500 BC, in the Neolithic period. A tangible reminder of their presence can still be seen in the form of the Proleek Dolmen, the eroded remains of a megalithic tomb located at Ballymascanlon a few miles to the north of Dundalk. Celtic culture arrived in Ireland around 500 BC. According to the legendary historical accounts, the group settled in North Louth were known as the Conaille Muirtheimhne and took their name from Conaill Carnagh, legendary chief of the Red Branch Knights of Ulster. Their land now forms upper and lower Dundalk. In 1169 the Normans arrived in Ireland and set about conquering large areas. By1185 a Norman nobleman named Bertram de Verdun erected a manor house at Castletown Mount and subsequently obtained the town's charter in 1189.


Dundalk Football Club was founded in 1903 and they are the second most successful team, in terms of trophies won, in the history of the League of Ireland. The traditional colours of the club are white jerseys with black shorts. Due to their white jerseys, they have been nicknamed the Lilywhites. They play their home games at Oriel Park. This Pieman was new to European travel at the time of this visit and opted to travel with the official club trip. Therefore it was a coach to and from Holyhead and ferry to and from Ireland from there it was another coach to and from Dundalk. There was more than a little hostility in the air at the match. A very tight match ended with honours even at 1-1. 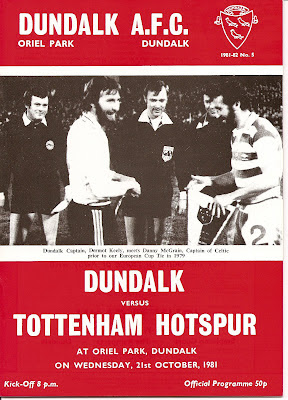 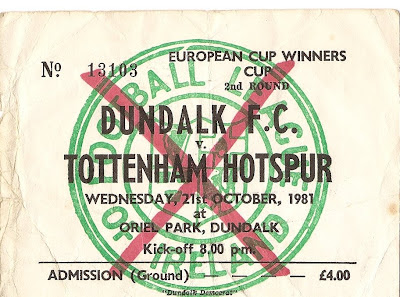 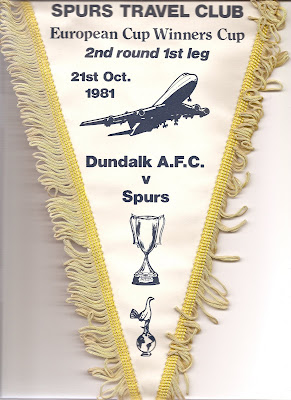