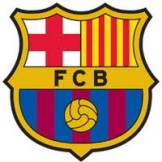 Barcelona is located on the northeast coast of the Iberian Peninsula, facing the Mediterranean Sea. The city borders on the municipalities of Santa Coloma de Gramenet and Sant Adrià de Besòs to the north; the Mediterranean Sea to the east; El Prat de Llobregat and L'Hospitalet de Llobregat to the south; and Sant Feliu de Llobregat, Sant Just Desvern, Esplugues de Llobregat, Sant Cugat del Vallès, and Montcada i Reixac to the west. The city was a Republican stronghold during the Spanish Civil War, and the fall of the city on 26 January 1939 caused a mass exodus of civilians who fled to the French border. The resistance of Barcelona to Franco's coup d'état was to have lasting effects after the defeat of the Republican government. 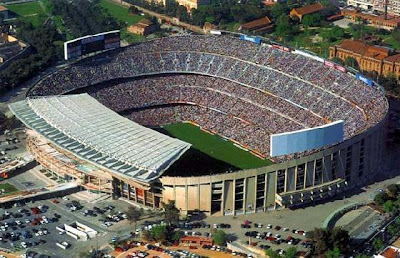 FC Barcelona was founded in 1899 by a group of Swiss, English and Catalan footballers led by Joan Gamper. Unlike many other football clubs, the supporters own and operate Barcelona. The construction of the current stadium started on 28 March 1954 as Barcelona's previous stadium, Camp de Les Corts, had no room for expansion. Although originally planned to be called Estadi del FC Barcelona, the more popular name Camp Nou was used. 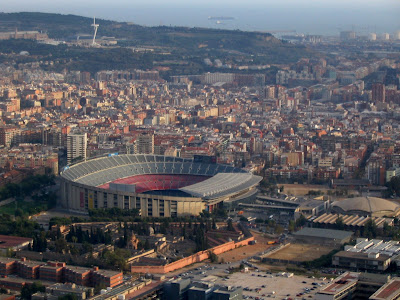 Tottenham Hotspur went into this match reasonably confident following a 1-1 draw in the first leg at White Hart Lane. A less than cultured Barcelona had kicked their way through the encounter and could consider themselves lucky to end the match with ten players. Weak officials failed to deal with the bullying tactics of the Catalans who had a game plan designed to unsettle Spurs. Just the one dismissal meant that the visitors were in the driving seat for the return match. A narrow 1-0 victory for Barcelona saw them through to the final that would also be played at the Camp Nou. 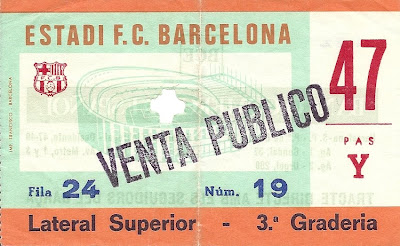 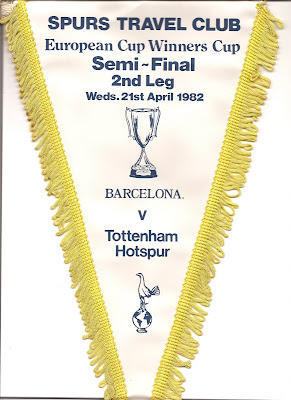