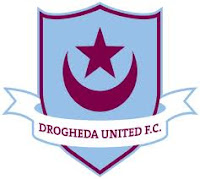 Drogheda, meaning "bridge of the ford", is an industrial and port town in County Louth on the east coast of Ireland, 35 miles north of Dublin. It is the last bridging point on the River Boyne before it enters the Irish Sea. As the River Boyne divides the dioceses of Armagh and Meath, Drogheda was founded as two separate towns, Drogheda-in-Meath (for which a charter was granted in 1194) and Drogheda-in-Oriel as County Louth was then known. In 1412 these two towns were united and Drogheda became a 'County Corporate', styled as 'the County of the Town of Drogheda'. Drogheda continued as a County Borough until the setting up of County Councils, through the enactment of the Local Government (Ireland) Act 1898, which saw all of Drogheda, including a large area south of the Boyne, become part of an extended County Louth. With the passing of the County of Louth and Borough of Drogheda (Boundaries) Provisional Order, 1976, County Louth again grew larger at the expense of County Meath. The earliest monument in the town is the motte-and-bailey castle, now known as Millmount Fort, which overlooks the town from a bluff on the south bank of the Boyne, and which was probably erected by the Norman Lord of Meath, Hugh de Lacy sometime before 1186.

Drogheda United Football club is the amalgamation of two former Drogheda area clubs, Drogheda United a non-league club founded in 1919 and Drogheda F.C. founded in 1962. The clubs merged their operations to form the current club in 1975 and since 1979 have played at United Park (officially opened on 12 August 1979 with a friendly against Queens Park Rangers F.C.) 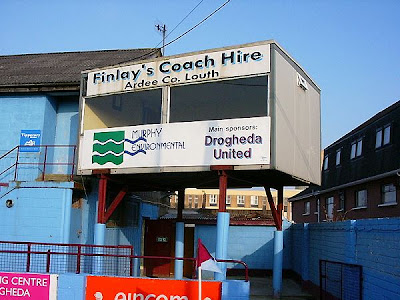 This Pieman visited Drogheda for this very one sided UEFA Cup tie. A flight to Dublin was followed by a coach journey to Drogheda. At the time United Park was not blessed with floodlights and so this match kicked off in the afternoon. This facilitated a return to home on the same day. 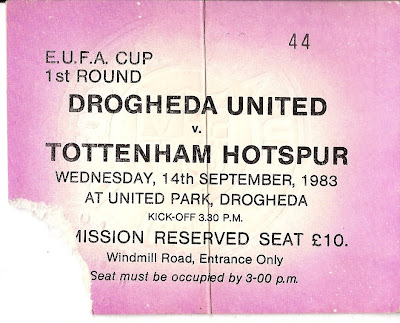 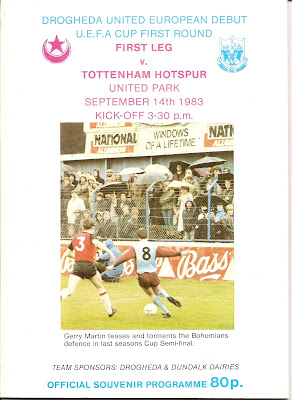