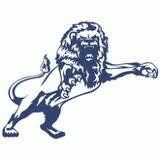 New Cross is a district and ward of South London in the London Borough of Lewisham. It is situated 4 miles south-east of Charing Cross. The area was originally known as Hatcham (the name persists in the title of the Anglican parishes of St. James, Hatcham along with its school, and All Saints, Hatcham Park). The earliest reference to Hatcham is the Doomsday Book of 1086 as Hacheham. New Cross is believed to have taken its name from a coaching house originally known as the Golden Cross, which stood close to the current New Cross House pub. The diarist John Evelyn, who lived in Deptford, wrote in 1675 that he met a friend at 'New Crosse' in his coach before travelling down through Kent and on to France. In the later 19th century, the area became known as the New Cross Tangle on account of its numerous railway lines, workshops and two stations — both originally called New Cross (one was later renamed New Cross Gate). New Cross bus garage was formerly the largest tram depot in London, opening in 1906. During the 1926 General Strike in support of the miners, strike-breakers were brought in to drive trams from the depot. On 7 May, police baton charges were launched to clear a crowd of 2-3,000 pickets blockading the entrance (reported as "Rowdyism in New Cross" by the Kentish Mercury). The last London tram, in July 1952, ran from Woolwich to New Cross. It was driven through enormous crowds, finally arriving at its destination in the early hours of 6 July. On 25 November 1944 a V-2 rocket exploded at the Woolworths store in New Cross Road, 168 people were killed, and 121 were seriously injured. It was London's most devastating V-bombing of the entire war. 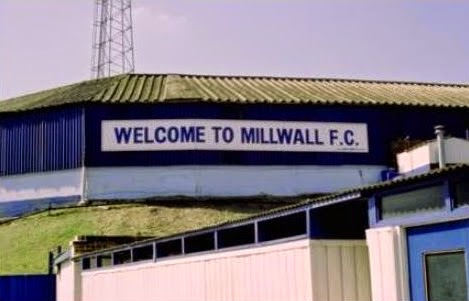 Founded as Millwall Rovers in 1885, the football club has retained its name despite having last played in the Millwall area of the Isle of Dogs in 1910. Since then the club have played at The Den. It was at The Den that the famous Millwall Roar was born. During the early part of the 20th century, it was considered "good form" for home fans to show their appreciation of good football displayed by the opposition. The Millwall fans however, would quite literally "roar" for their team only, from start to finish. This strongly partisan support was soon to be regarded by the team as "a goal start." The Den became one of the most feared grounds in the country. No team liked to play there because the crowd and the place itself created such an intimidating atmosphere. The Lions fans were tough, uncompromising, and quick to speak their mind and offer advice to the team and officials. The Den was considered one of the most hostile grounds in the whole of Britain for visiting teams.

This Pieman took advantage of a spare Saturday to venture over to The Den. The journey was made by train from London Bridge to New Cross Gate, followed by a ten minute stroll to the ground. Visitors Sheffield United proved too strong for their hosts on the day, claiming the points with a win by the odd goal in three. 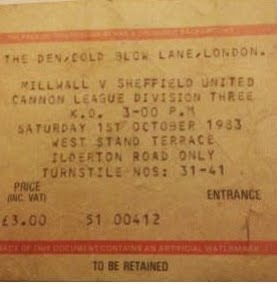 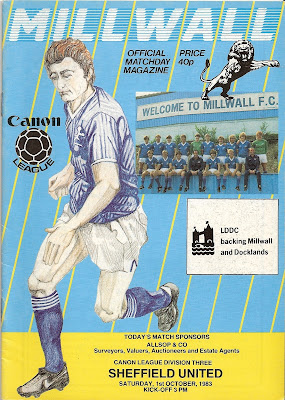 Total visits to The Den = 4