Epping is a market town and civil parish in the Epping Forest district of the County of Essex, England. It is located 3 miles northeast of Loughton, 5 miles south of Harlow and 11 miles northwest of Brentwood. Although it is the terminus for London Underground's Central Line, the town retains some elements of rurality, being surrounded by Epping Forest and working farmland. Epping has many very old buildings, most dating from the 18th century, which are Grade I and II listed.  Although many were substantially altered internally during the 19th century, a number still line both sides of the High Street. Some of the oldest buildings in the town can be found at each end of the Conservation Area, e.g. Beulah Lodge in Lindsey Street (17th century), and the attractive group of 17th and early 18th century cottages numbered 98-110 (even) High Street. The town also retains its weekly market, which is held every Monday and dates back to 1253.

The club joined the Premier Division of the London League in 1955, and were Premier Division champions in 1963–64, the league's last season. They then became founder members of the Greater London League, and were placed in the "A" section. A seventh-place finish in 1964–65 was enough to earn a place in the Premier Division the following season. In 1966–67 they won the league, before joining the Metropolitan League in 1969. They won the league in 1970–71, but at the end of the season the league merged into the Metropolitan–London League, which Epping won at the first attempt. The following season they were runners-up, before winning a second title in 1973–74. They then joined Division Two of the Athenian League, which they won in 1975–76 to earn promotion to Division One. After finishing sixth in Division One the following season, they moved up to Division Two of the Isthmian League.

My visit to Stonards Hill was for a Friday evening friendly match against Tottenham Hotspur. The visiting side was effectively the reserve team regularly playing in the football combination. On a bitterly cold evening, a single goal from Mike McCabe separated the sides. Some of the crowd failed to emerge from the warm clubhouse after the half-time break. The only spectator facility at the ground was the small covered stand (pictured above). My journey to and from the match was by bus from Harlow. 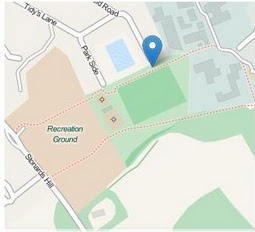 A few changes from the line up in the match programme/ 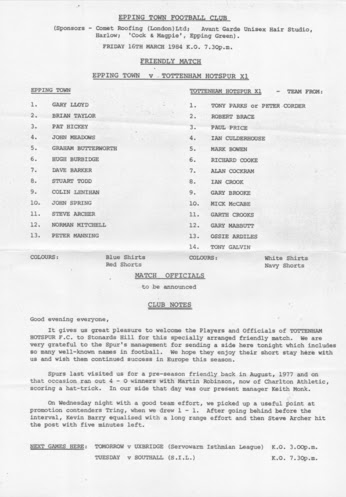 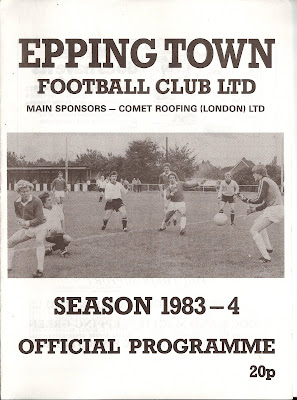