The name Aldershot may have been derived from the name of "Alder" trees found in the area (Alder-holt meaning copse of Alder trees), indicating that it was a wet, boggy place. Aldershot, Alreshete, dates back to an Anglo-Saxon settlement. Aldershot was included as part of the old Hundred of Crondall referred to in the Doomsday Book of 1086. The map of Hampshire in the 1722 edition of William Camden's Britannia or Geographical Description of Britain and Ireland shows a symbol for habitation in Aldershot in the Crundhal Hundred. In 1854, at the time of the Crimean War, the heath land around Aldershot was established as an army base with Aldershot at its centre. This led to a rapid expansion of Aldershot's population going from 875 in 1851, to in excess of 16,000 by 1861 (including about 9,000 from the military). The town continued to grow, reaching a peak in the 1950s. 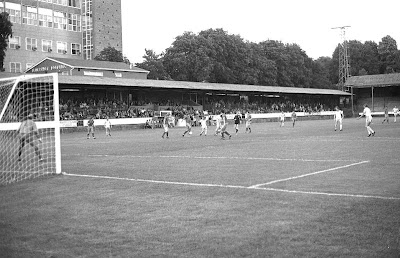 Aldershot FC was founded in 1926 as Aldershot Town FC when Jack White, a sports journalist persuaded council officials that the garrison town needed a professional football club. In 1927 the club joined the Southern League, playing their first game on 27 August 1927 in a 4–0 win over Grays Athletic in front of a 3,500-strong crowd at the Recreation Ground. They finished their first season in seventh place and in 1932 won the Southern League title, being elected to the Football League in place of Thames who had declined to apply for re-election. 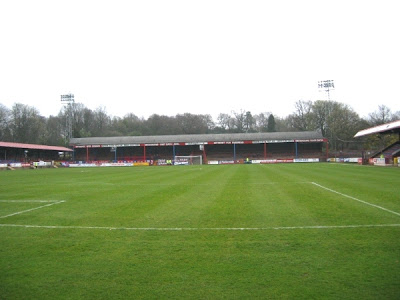 On 25 March 1992 Aldershot FC finally went out of business and was obliged to resign from the Football League. The final game played was a 2–0 defeat against Cardiff City at Ninian Park on 20 March. The last home game was a 3–0 defeat to Lincoln City, also in the league, on 14 March. Aldershot's final eight competitive games all ended in defeat and they had not won any of their final 16 games; their last competitive win was on 28 December 1991 away to Maidstone United in the Fourth Division. This Pieman visited the Recreation Ground for an Easter Monday match. The 5-1 victory over Colchester United was good to watch but sadly not typical of the fayre the local supporters were used to. However I could not have foreseen that in less than a decade the club would have folded during a season, losing their place in the Football League. 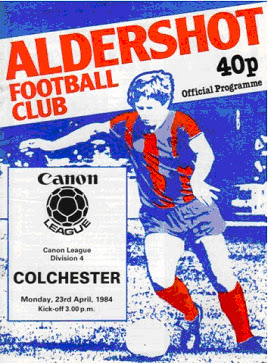