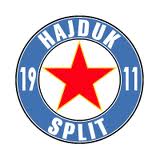 Split is a city in Croatia, on the eastern shore of the Adriatic Sea, centred on the Roman Palace of the Emperor Diocletian. It is the second-largest city of Croatia, and the largest of the Dalmatian cities. Spread over a central peninsula and its surroundings, Split's greater area includes the neighbouring seaside towns as well. An intraregional transport hub and popular tourist destination, the city is a link to numerous Adriatic islands and the Apennine peninsula. In 1979, the historic centre of Split was included into the UNESCO list of World Heritage Sites. Split is said to be one of the centres of Croatian culture. The city draws its name from the spiny broom, a common shrub in the area, after which the Greek colony of Aspálathos or Spálathos was named.

HNK Hajduk Split, commonly referred to as Hajduk Split was founded in 1911. The club's home ground since 1979 is the 35,000-seater Poljud Stadium and the team's traditional home colours are white shirts with blue shorts and socks. The club was founded in the centuries-old pub U Fleků in Prague by a group of students from Split: Fabijan Kaliterna, Lucijan Stella, Ivan Šakić and Vjekoslav Ivanišević. They went to the pub following a match between AC Sparta and SK Slavia and decided it was time their own town founded a professional club. They all knew how popular the sport was in Split and how well their friends there played. From 1970–1980 Hajduk had some of its best years. The "Golden Generation" won five consecutive cups and three championships in the period from 1972 to 1979. Hajduk's crest consists of the Croatian checkerboard with 25 red and white checkers bordered with a circle of blue ribbon, with two vertical lines on each side. The words Hajduk and Split are written above and below the checkers respectively. The modern crest is almost identical to the one created in 1911. 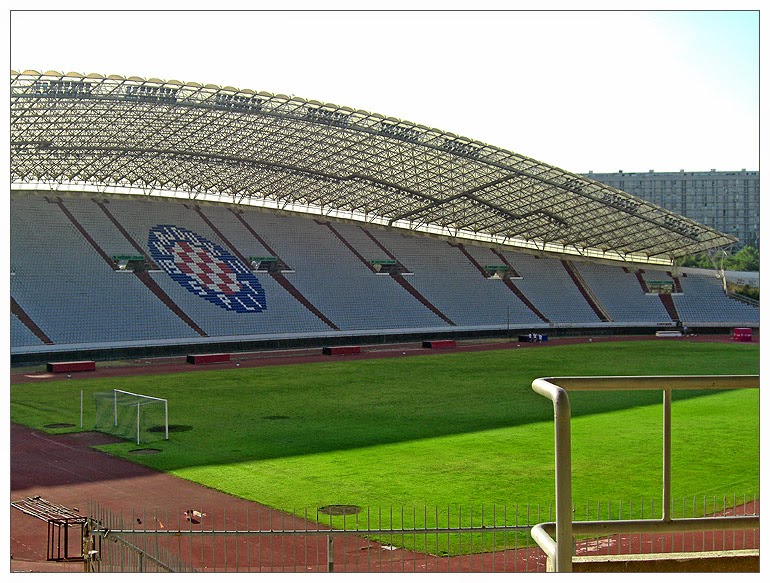 This Pieman travelled to Split for this important UEFA Cup tie. The excursion was arranged for the Spurs Supporters Club and involved an overnight stay at a hotel located a few miles outside the city. A closely contested match saw Spurs go down 2-1 on the night. Mark Falco's goal was to be crucial though as the London side were to progress to the final on away goals. 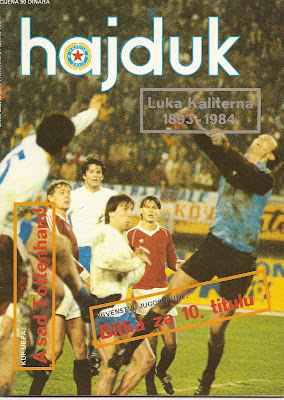 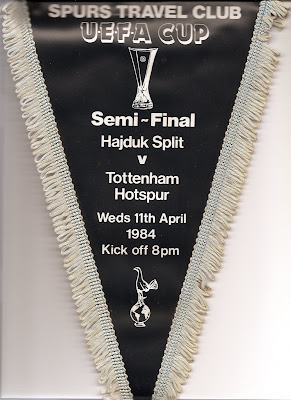