Human occupation of the region of Braga dates back thousands of years, documented by vestiges of monumental structures starting in the Megalithic era. During the Iron Age, the Castro culture extended into the north-west, characterised by Bracari peoples who occupied the high ground in strategically located fortified settlements (castrum). The region became the domain of the Callaici Bracarii, or Bracarenses; a Celtic tribe who occupied what is now northern Portugal, Galicia and Asturias in the north west of Iberia. The Romans began their conquest of the region around 136 BC, and finished it during the reign of Emperor Augustus. The civitas of Bracara Augusta was founded in 20 BC; in the context of the administrative reorganisation of these Roman acquisitions, Bracara was re-dedicated to the Emperor taking on the name Bracara Augusta. The city of Bracara Augusta developed greatly during the 1st century and reached its maximum extension around the 2nd century. Towards the end of the 3rd century, Emperor Diocletianus promoted the city to the status of capital of the administrative area Conventus Bracarensis, the southwestern area of the newly founded Roman province of Gallaecia.

Braga have been known as Arsenal do Minho and changed their kits from green and white to their Arsenal-style red during the 1945–46 (with the reserve squad) and the 1946–47 (with the main team) seasons due to their president José Antunes Guimarães who had business connections in London and was an Arsenal fan (this is one version of the story: the other one says that Josef Szabo, a Hungarian coach who loved Arsenal's playing style asked the president to change the green and white uniform to an Arsenal-style red). In that year (1947) they won the Second division title reaching the First division for the first time. Braga even renamed their youth team Arsenal de Braga. (No accounting for taste – Ed). The Minho derby against Vitória de Guimarães is a match that both sets of fans eagerly await. This match is more than football; it is a way people from the north view each city. The derby is one of Portugal's most intense matches, and children under 13 are restricted from entering unless an adult is with them. The rivalry goes back to when the City of Braga was the ancient capital of Gallaecia and the largest Portuguese city by the time the Kingdom of Portugal was formed by Afonso I of Portugal. At that time, Guimarães became the seat of the King and nobility, whereas Braga remained the centre of trade and religious power (largest city and seat of the Archbishop). 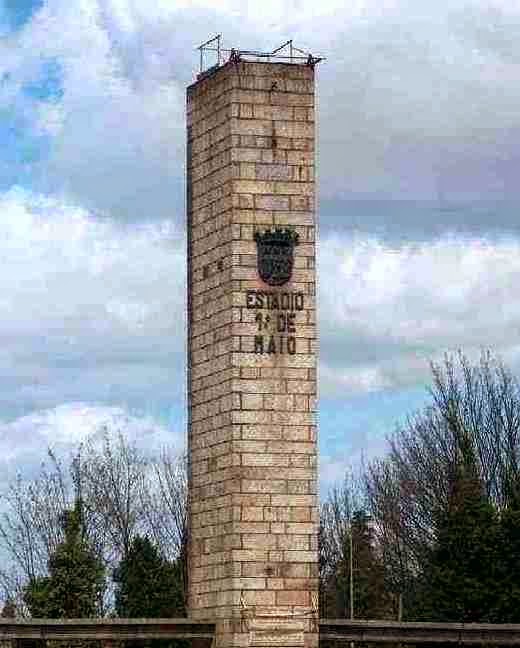 This Pieman travelled to Portugal on a football charter flight, his first visit to that country. A convincing win over the host team followed with Spurs scoring three times without reply to progress to the next round. 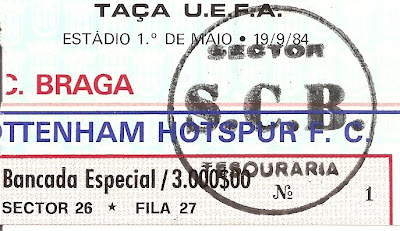