Colchester is an historic town and the largest settlement within the borough of Colchester in Essex. It is 51.2 miles northeast of London and is connected to the capital by the A12 road and the Great Eastern Main Line. It is seen as a popular town for commuters, and is less than 30 miles away from Stansted Airport. Colchester is said to be the oldest recorded town in Britain on the grounds that it was mentioned by Pliny the Elder, who died in AD 79. Before the Roman conquest of Britain it was already a centre of power for Cunobelin (king of the Catuvellauni c.5 BC – AD 40), who minted coins there. Colchester’s Celtic name was Camulodunum, which some historians believe was Camelot of Arthurian legend, as it was the capital of Britannia in Roman times.  However, it was attacked and destroyed during Boudica's rebellion in AD 61 and sometime after the destruction, London became the capital of the province of Britannia. Famous people from Colchester include Ken Aston a football referee, responsible for many important developments in football refereeing and Damon Albarn and Graham Coxon from the band Blur. 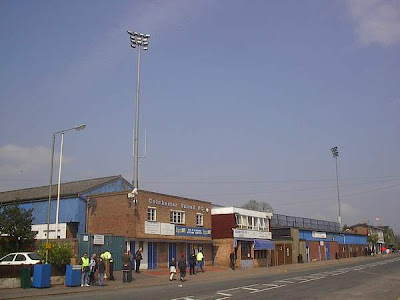 Colchester United Football Club was formed in 1937.  The Layer Road ground was built in 1907, originally for use by Colchester Town Football Club. Layer Road often had up to 17,000 packed into the ground, when Colchester had been on a good FA Cup run, before the capacity was reduced to 6,320. The record attendance at Layer Road is 19,072 for an FA Cup fixture against Reading in November 1948, a match that was abandoned. Colchester United are perhaps most famous for beating Don Revie's Leeds United 3–2 in the 5th round of the FA Cup in 1971. 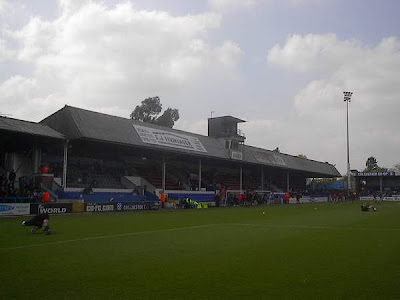 This Pieman was fortunate to be offered a lift from Harlow to attend this Friday evening fixture at Layer Road. A decent, if unspectacular, encounter took place with the home side defeating Tranmere Rovers 2-1 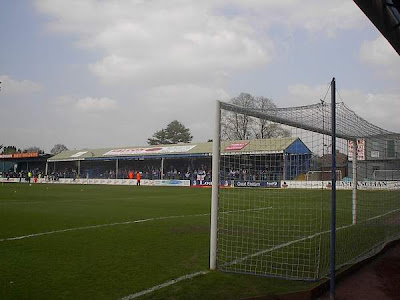 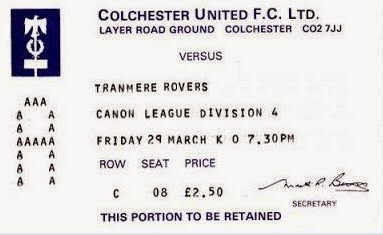 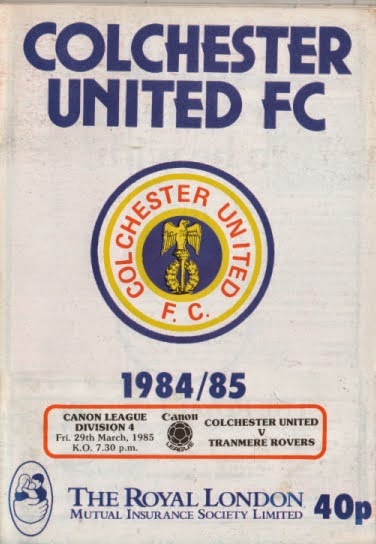