Dulwich is an area of South London, England. The settlement is mostly in the London Borough of Southwark with parts in the London Borough of Lambeth. The first documented evidence of Dulwich is as a hamlet outside London in 967AD, granted by King Edgar to one of his thanes Earl Aelfheah. The name of Dulwich has been spelt in various ways, Dilwihs, Dylways, Dullag, and may come from two old English words, Dill, a white flower, and wihs, meaning a damp meadow, giving a meaning of "the meadow where dill grows". In 1538, Henry VIII seized control of Dulwich and sold it to goldsmith Thomas Calton for £609. Calton's grandson Sir Francis Calton sold the Manor of Dulwich for £4,900 in 1605 to Elizabethan actor and entrepreneur Edward Alleyn. He vested his wealth in a charitable foundation, Alleyn's College of God's Gift, established in 1619. The charity's modern successor, The Dulwich Estate, still owns 1,500 acres (6.1 km2) in the area, including a number of private roads and a tollgate. Alleyn also constructed a school, a chapel and almshouses in Dulwich. Dulwich Almshouse Charity and Christ's Chapel of God's Gift at Dulwich (where Alleyn is buried) still fulfill their original functions. In the Second World War, Dulwich was hit by many V-1 flying bombs and V-2 rockets.

Dulwich Hamlet Football Club was formed in 1893, by Lorraine 'Pa' Wilson. In 1907 they joined both the Isthmian League and the Spartan League, leaving the latter at the end of the 1907–08 season. In 1919–20 the club won its first Isthmian League title, winning the league on goal average against Nunhead. They also won the FA Amateur Cup, beating Tufnell Park 1–0 in the final at the Den. The club won the league again in 1925–26, and the FA Amateur Cup for a second time in 1931–32 with a 7–1 win against Marine in the final. The following season the club won their third league title. In 1933–34 they reached the Amateur Cup final again, but lost 2–1 to Leyton. The two clubs met in the final again in 1936–37, with Dulwich winning 2–0. The club played at Woodwarde Road until 1895, when they moved to College Farm. The following year they moved to Sunray Avenue, where they remained until 1902. Between 1902 and 1912 they played at Freeman's Ground on Champion Hill, before moving to an adjacent plot of land, where they played until the opening of the Champion Hill Stadium in 1931. The stadium was used for amateur international matches, including the 1948 Summer Olympics. In 1948–49 the club won the Isthmian League for a fourth time. A fifth Isthmian League title – in the restructured First Division – was won in 1977–78. 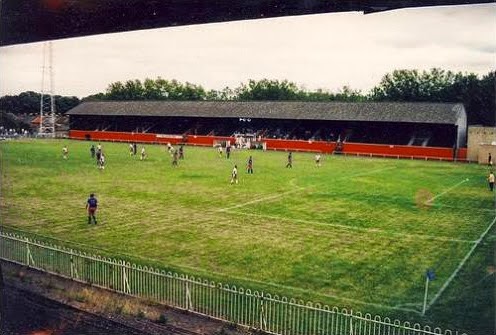 This Pieman visited Champion Hill after work one evening. The train journey from London Bridge was to East Dulwich station which is almost adjacent to the ground. This end of season encounter saw the points shared with Sutton United following a 1-1 draw. 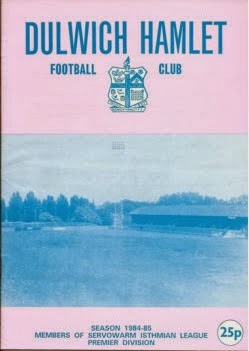 Subsequent visits to this Champion Hill