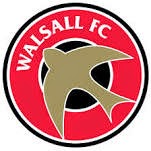 Walsall is a large industrial town in the West Midlands. It is located 8 miles north-west of the City of Birmingham and 6 miles east of the City of Wolverhampton. Historically a part of Staffordshire, Walsall is a component area of the West Midlands conurbation, and part of the Black Country. The town was visited by Queen Elizabeth I, when it was known as 'Walshale'. It was also visited by Henrietta Maria in 1643. She stayed in the town for one night at a building named the 'White Hart' in the area of Caldmore. The Industrial Revolution changed Walsall from a village of 2,000 people in the 16th century to a town of over 86,000 in approximately 200 years. The town manufactured a wide range of products including saddles, chains, buckles and plated ware. Nearby, limestone quarrying provided the town with much prosperity. Walsall finally received a railway line in 1847; 48 years after canals reached the town, Bescot having been served since 1838 by the Grand Junction Railway. In 1855, Walsall's first newspaper, the Walsall Courier and South Staffordshire Gazette, was published. Slum clearances began after the end of World War I, with thousands of 19th-century buildings around the town centre being demolished as the 20th century wore on, with new estates being built away from the town centre during the 1920s and 1930s. These were concentrated in areas to the north of the town centre such as Coal Pool, Blakenall Heath (where Walsall's first council houses were built in 1920), Goscote and Harden and after the end of World War II, Beechdale.


Walsall FC was formed as Walsall Town Swifts in 1888 when Walsall Town F.C. and Walsall Swifts F.C. amalgamated. Walsall Town had been founded in 1877 and Walsall Swifts in 1879. Both clubs had played at the Chuckery, and the new club remained at the same ground. Walsall Town Swifts' first match was a draw against Aston Villa. The club were first admitted to the Football League in 1892, as founder members of the new Second Division. They moved to the West Bromwich Road ground in 1893. After finishing 14th out of 16 teams in 1894–95 the club failed to be re-elected to the Football League. Walsall F.C. and joined the Midland League. A year later, they returned to the Second Division, three teams having failed re-election in 1896. The team finished in sixth place in 1898–99, but once again failed re-election two years later, dropping back into the Midland League. A move to the Birmingham League followed in 1903, and in 1910, the club was elected to the Southern League. With the expansion of the Football League after World War I, Walsall became a founding member of the Third Division North in 1921. In 1933, Walsall won 2–0 in the FA Cup against Arsenal at Fellows Park. Arsenal went on to win the First Division that season, and the cup defeat to Third Division North side Walsall is still regarded as one of the greatest upsets in FA Cup history. In 1958, following a reorganisation of the Football League, Walsall became founder members of the Fourth Division, scoring 102 goals on their way to winning Division Four in 1959–60 and finishing as Division Three runners-up in 1960–61 to reach the second tier of English football for the first time since the early 1900s. After just two seasons in the Second Division, the club were relegated back to Division Three in 1962–63, and remained there until a further demotion to the Fourth Division, in 1978–79.

This Pieman visited Fellows Park for a 4th Division clash with Doncaster Rovers. A tight game was won by the home side 1-0. The journey was made by train from London Euston to Birmingham and then by connecting service to Walsall. 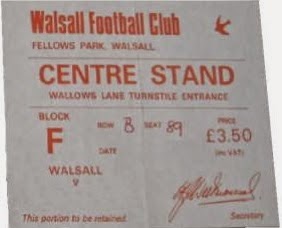 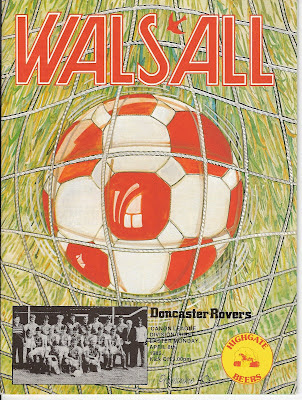