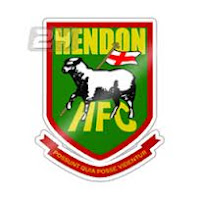 Hendon is a London suburb situated in the London Borough of Barnet; 7 miles northwest of Charing Cross. Hendon was an ancient parish in the county of Middlesex and has formed part of Greater London since 1965.  The River Brent runs through Hendon. The manor is described in Doomsday (1087), but the name, 'Hendun' meaning 'at the highest hill', is earlier. There is even evidence of Roman settlement discovered by the Hendon and District Archaeological Society and others; an urn burial of a headless child was found in nearby Sunny Hill Park. The Midland Railway and the Great Northern Railways were built through Hendon in the 1860s. There is evidence of problems of wild horses feeding between the tracks. The underground (Northern line) arrived at Golders Green to the south in 1907, the line being extended to Hendon Central, Colindale and Edgware in 1923/24. Hendon's industry was mostly centred on manufacturing, and included motor and aviation works, and developed from the 1880s. In 1931 the civil parish of Edgware was abolished and its area was added to the great civil parish of Hendon. Hendon’s main claim to fame is in the early days of flying and Hendon Aerodrome is now the RAF Museum. The area is closely associated with pioneer aviator Claude Grahame-White. Another part of the Aerodrome site is the Hendon Police College, the training centre for the Metropolitan Police. 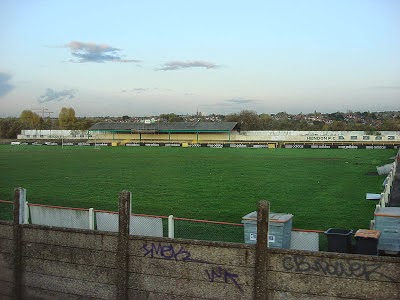 Hendon FC was originally formed as Christchurch Hampstead in 1908 and joined the Third Division of the Finchley & District League, which they won at the first attempt, earning promotion to Division Two.  At the start of the 1909–10 season the club were renamed Hampstead Town. They also won Division Two at the first attempt, earning promotion to the First Division, which they won in 1911–12. The club then joined the London League and Middlesex League, before being elected to the Athenian League in 1914. However, the 1914–15 season was postponed due to World War I. In 1926 the club was renamed Hampstead, before becoming Golders Green in 1933. In 1946 the club adopted its current name. In 1952–53 the club won its first Athenian League title. In 1954–55 they reached the final of the FA Amateur Cup, losing 2–0 to Bishop Auckland. They went on to win the Athenian League title again in 1955–56, and reached a second Amateur Cup final in 1959–60, defeating Kingstonian 2–1. A third Athenian League title was achieved in 1960–61 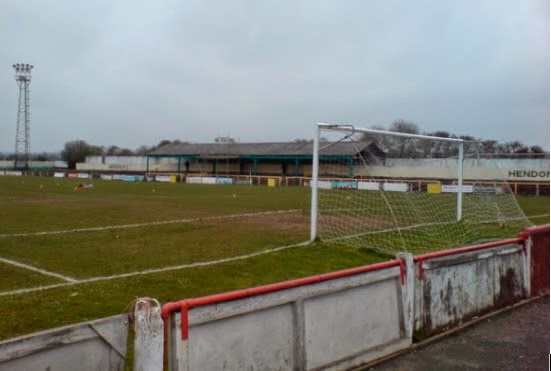 In 1963 the club switched to the Isthmian League, and have remained in the same division since. In 1964–65 the club won the Isthmian League and Amateur Cup double, defeating Whitby Town 3–1. They reached the final of the Cup again the following season, but lost 3–1 to Wealdstone. After winning their third Amateur Cup with a 2–0 win against Enfield in 1971–72, a second Isthmian League title was won in 1972–73. The following season they reached the third round of the FA Cup, where they drew Newcastle United. After holding Newcastle to a 1–1 draw at St James' Park, Hendon lost 4–0 in a replay played at Watford's Vicarage Road. In 1975–76 the club defeated a Football League club for the first time, beating Reading 1–0 in the first round, before losing to Swindon Town in the second round. Hendon play at Claremont Road. The ground was officially opened on 18 September 1926 before an FA Cup tie with Berkhamsted.

This Pieman visited Claremont Road after work for this evening match and travelled by train to Cricklewood Station. From there it was a ten minute walk to the ground. Former England international Tony Currie played for Hendon. However, it was visitors Harrow Borough that took the points with a 3-1 victory. 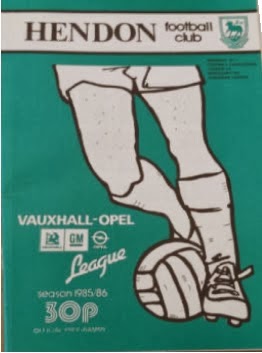