Bishop's Stortford is a historic market town and civil parish in Hertfordshire. It is 35 miles from Liverpool Street station where the railway line from Cambridge to London terminates. Nothing of historical significance is known of the Bishop's Stortford area until it became a small Roman settlement on the Roman road of Stane Street between Braughing and Colchester. A new Saxon settlement grew up on the site, named Steort-ford, meaning "tail ford", "ford at tongues of land". In 1060, William, Bishop of London, bought the Stortford manor and estate for eight pounds, leading to the town's modern name. At the time of the Doomsday Book the town had a population of around 120 inhabitants. The Normans built a motte-and-bailey wooden castle in the town, now known as Waytemore Castle, but by the Tudor period it was in ruins (the mound still remains). After 1769, the River Stort was made navigable, and the town became a stagecoach stop on the mail coach road between Cambridge and London. By 1801, Bishop's Stortford had become a market town, and a corn exchange had been established, while the main industry was malting. In 1842 the railway came to Bishop's Stortford; another introduction of the Victorian era was the opening of a hospital, in 1895. At the beginning of the 20th century, in 1901, the population was over 7,000. The 1901 house known as Carfield Castle was used as an officers' billet in World War I 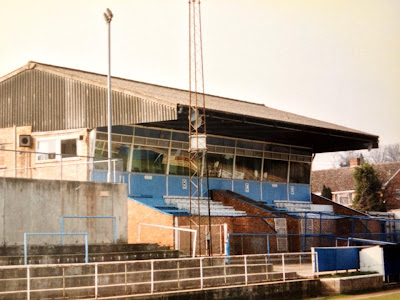 After its formation in 1874, Bishop’s Stortford Football Club played mainly ‘friendly’ matches at Silver Leys, home to the town’s polo club, and between 1897 and 1900 used the Grammar school’s playing field at Hadham Road. They joined the Stansted & District League, winning it in 1910–11 and 1912–13, and also entered a team in the Saffron Walden & District League during the same era, winning it in 1911–12, 1912–13 and 1913–14. After World War 1 the club re-formed in 1919 and the landlord of the Chequers Hotel, Joe Brazier, allowed them use of a piece of land he owned near South Road, known as Brazier’s Field. In 1927 Brazier gave the club the opportunity to buy the land for £400. Fund raising was organized and when £300 was reached, Brazier accepted it. Some-time later, a property developer building the Rhodes estate offered the club £1,100 for the site, but was refused. A wooden stand was erected in 1931, but not until the 1950s did fans have the luxury of covered terracing at each end of the ground. Ten years later the old stand was replaced by a new one seating almost 250 people, and dressing rooms and social facilities were added. The total cost of this refurbishment was £13,282, and the ‘new’ ground opened on 24 November 1962. Floodlights were finally installed in 1967. Around 1970 the name George Wilson Stadium was adopted in honour of the club chairman who had been a committee member since 1927. Dedicated fans, however, still referred to the ground as Rhodes Avenue.

This Pieman travelled the short distance from Harlow by train. The railway station was less than 15 minutes walk from the ground. Visitors Basildon United competed well on the night but 2 goals for the home side were enough to secure passage to the next round of the Isthmian League Cup. 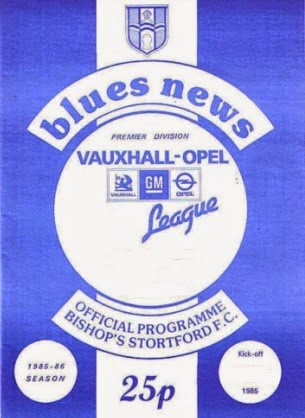