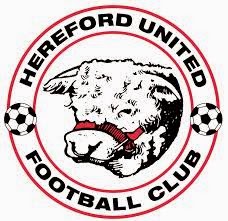 Hereford is a cathedral city, civil parish and county town of Herefordshire. It lies on the River Wye, approximately 16 miles east of the border with Wales, 24 miles south-west of Worcester, and 23 miles north-west of Gloucester. The name "Hereford" is said to come from the Anglo-Saxon "here", an army or formation of soldiers, and the "ford", a place for crossing a river. If this is the origin it suggests that Hereford was a place where a body of armed men forded or crossed the Wye. The Welsh name for Hereford is Henffordd, meaning "old road", and probably refers to the Roman road and Roman settlement at nearby Stretton Sugwas. An early town charter from 1189 granted by Richard I of England describes it as "Hereford in Wales". It is now known chiefly as a trading centre for a wider agricultural and rural area. Products from Hereford include cider, beer, leather goods, nickel alloys, poultry, chemicals, and cattle, including the famous Hereford breed.

Hereford United Football Club was founded in 1924 with the merger of two local clubs St Martins and RAOC (Rotherwas), with the intention of sustaining a higher class of football in the city of Hereford. They have played at Edgar Street for their entire history. After initially joining the Birmingham Combination the club progressed to the Birmingham & District League in 1928, where they spent 11 seasons, with a best position of 4th. By the late 1930s the number of clubs in the league had decreased and Hereford successfully applied to join the Southern League – but played only a few games in this league before the outbreak of the Second World War. At the same time the club became a limited company. When football resumed after the war, Hereford finished 1st in their first full season in the league only to be demoted to 2nd behind Chelmsford City, which was awarded points for un-played matches. In 27 seasons in the Southern League, Hereford finished as runners-up three times, and also lifted the Southern League Cup three times. When the league was regionalised for one season in 1958–59, Hereford also won their regional division to add to their third League Cup win. In 1966 Hereford signed John Charles, the former Leeds United, Juventus and Welsh international, boosting the support of the club. He became manager a year later and set about building a team to challenge at the top of the Southern League and gain election to the Football League. With the club becoming one of the best-supported non-league clubs in the country Charles used his standing within the game to canvass votes from member clubs for election to the Football League. The 1971–72 season saw the club finish second in the Southern League and gain national prominence due to its exploits in the FA Cup. Charles had departed the club in October 1971 and his successor Colin Addison inherited a side that defeated top-flight Newcastle United in the FA Cup. Their Cup run played a part in the club's successful election to the Fourth Division, replacing Barrow. The club rose rapidly to the Second Division after finishing runners-up in their first season in the Fourth Division and winning the Third Division title in 1976. Dixie McNeil was the leading goalscorer in the top four divisions of English football in the same season, but Hereford would only spend one season in the second tier before dropping back into the Fourth Division. 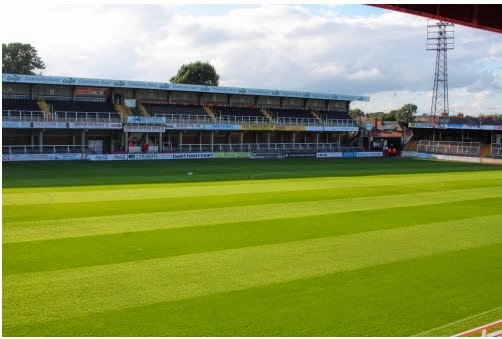 With Tottenham Hotspur's home fixture with Birmingham City being postponed due to the Broadwater Farm riots, a spare Saturday enabled this Pieman to venture to Edgar Street. The journey from London Paddington involved a connection at Newport (Gwent). A comprehensive 4-1 home victory over Torquay United provided decent entertainment. We travelled back to London with the visitor's centre back who was on loan from Norwich City. 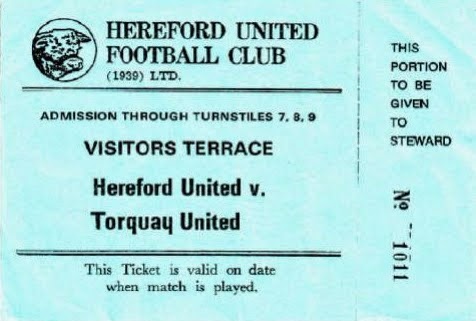 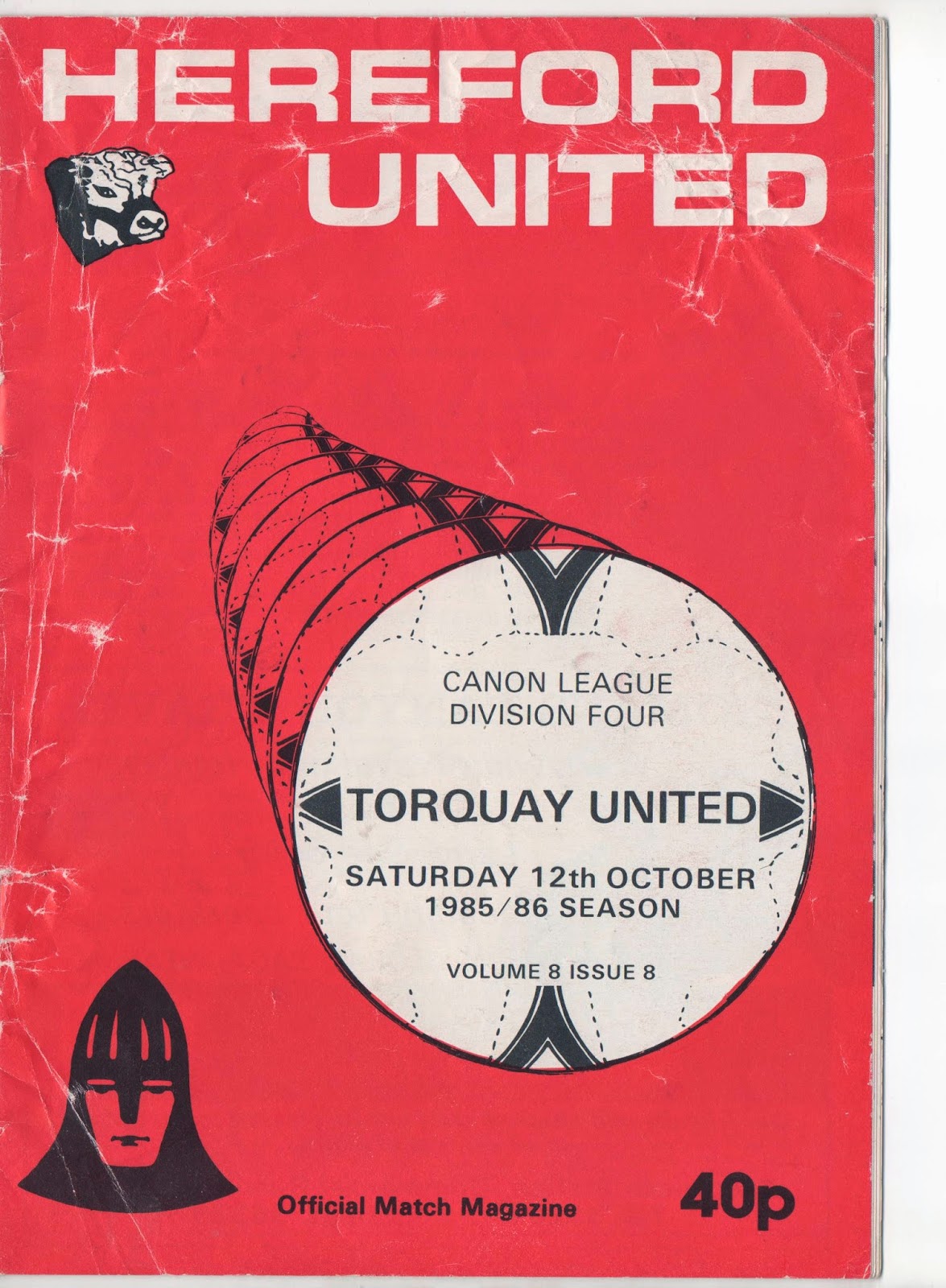