Wigan is a large town in Greater Manchester, England. It stands on the River Douglas, 17 miles west-north-west of Manchester, and approximately the same distance east-north-east of Liverpool. Wigan is surrounded by several smaller settlements, which together form the Metropolitan Borough of Wigan, of which Wigan is the largest settlement and administrative centre. Wigan Pier, a major wharf on the Leeds and Liverpool Canal, was made famous by the writer George Orwell. In his book, The Road to Wigan Pier, Orwell highlighted the poor working and living conditions of the local inhabitants during the 1930s. Following the decline of industrial activities in the region, Wigan Pier's collection of warehouses and wharfs has become a local heritage centre and cultural quarter. 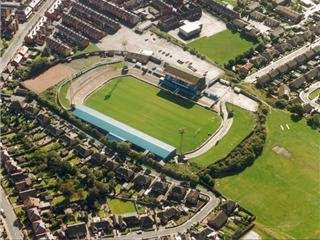 Springfield Park was home to Wigan Athletic, and its predecessors Wigan County, Wigan United, Wigan Town, and Wigan Borough from 1897. Springfield Park had been used in the latter years of the 19th century for a variety of sports, having a concrete bicycle track and a half-mile running track. Horse-trotting was very popular. It was also used for rugby and by the local police for their athletics meetings. 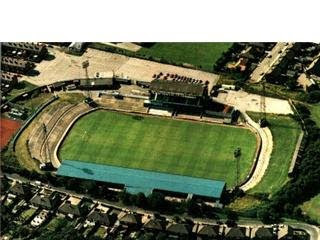 This randomly chosen fixture provided excellent entertainment, with six goals being shared between the two teams. We reached the ground in about 25 minutes from the railway station having caught a direct train from London Euston. For the return journey, we were joined on the train by the Gillingham team and I recall the enormous kit container being pushed along the platform at Wigan Wallgate as we waited for the train. 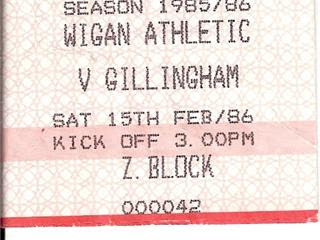 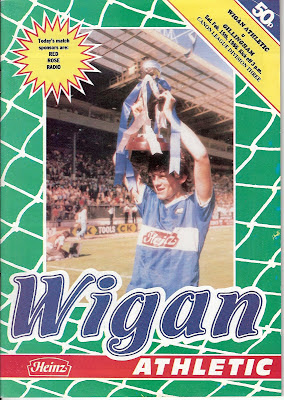