Leytonstone is an area of east London and part of the London Borough of Waltham Forest. It is a suburban area, located seven miles north east of Charing Cross in Greater London. It borders Walthamstow to the northwest, Wanstead (in the London Borough of Redbridge) to the north, Leyton to the south, and Forest Gate (in the London Borough of Newham) to the east. The main thoroughfare in Leytonstone, High Road Leytonstone, runs the length of Leytonstone to Stratford is an ancient pathway dating to pre-Roman times. Roman archaeological features have been found in the area. The name Leytonstone, in early documents Leyton-Atte-Stone, may derive from the large stone standing at the junction of Hollybush Hill and New Wanstead; in the 18th-century an obelisk was mounted on top of it, and it has been claimed that it is the remains of a Roman milestone. 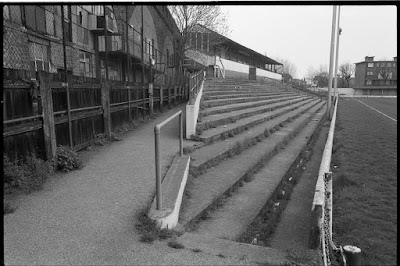 This Pieman visited Granleigh Road for a midweek Isthmian League Division One match versus Oxford City. An entertaining match ended in a 1-1 draw. I travelled via Blackhorse Road to Leytonstone High Road station. 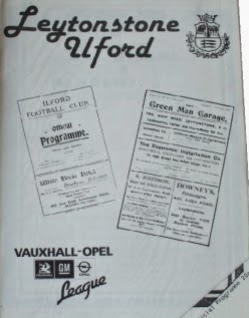