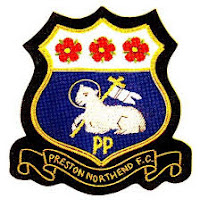 Preston is a city and the administrative centre of Lancashire, located on the north bank of the River Ribble. Preston and its surroundings have provided evidence of ancient Roman activity in the area, largely in the form of a Roman road which led to a camp at Walton-le-Dale. The Angles established Preston; the name Preston is derived from Old English words meaning "Priest settlement" and in the Doomsday Book appears as "Prestune". During the Middle Ages, Preston formed a parish and township in the hundred of Amounderness and was granted a Guild Merchant charter in 1179, giving it the status of a market town. Textiles have been produced in Preston since the middle of the 13th century, when locally produced wool was woven in people's houses. Flemish weavers who settled in the area during the 14th century helped to develop the industry. In the early 18th century Edmund Calamy wrote that Preston was "a pretty town with an abundance of gentry in it, commonly called Proud Preston". Sir Richard Arkwright, inventor of the spinning frame, was born in Preston. The most rapid period of growth and development in Preston's history coincided with the industrialisation and expansion of textile manufacturing. Preston was a boomtown of the Industrial Revolution, becoming a densely populated engineering centre, with large industrial plants. The town's textile sector fell into a terminal decline, however, from the mid-20th century and Preston has subsequently faced similar challenges to other post-industrial northern towns, including deindustrialisation, economic deprivation and housing issues.

Preston North End was originally founded as a cricket club in 1863, by Mr Walter Pomfret of Deepdale Road, who was the first person to rent the field on which North End has always played. As Preston already had a strong town's club, they adopted the "North End" suffix because they moved to the North End of the town, playing their matches at Moor Park. Prior to that they played at Bow Lane. They currently play at Deepdale Stadium, which was first leased by the club in 1875 and was first used for association football in 1878. The club adopted rugby union code in 1877, but one year later they played their first game under the rules of association football, and in May 1880 unanimously passed a resolution to adopt the association code. Preston North End were famously successful during the early years of professional football in England. In 1887, Preston beat Hyde 26–0 in the First Round of the FA Cup, still a record winning margin in English first-class football. Preston forward Jimmy Ross scored eight goals in the match, going on to score 19 goals in the competition that season, also still a record. In 1888–89, they became the first league champions and the first winners of "The Double", becoming the only team to date to go throughout an entire season unbeaten in both the league and FA Cup – winning the FA Cup without conceding a goal. Preston were league champions again the following season, but have not won the title since. The club's last major trophy was an FA Cup triumph in 1938. The clubs biggest attendance was 42,684 for a Division One clash with Arsenal in April 1938. Preston's most famous player, Sir Tom Finney, played for the club between 1946 and 1960. Finney is considered to be one of the greatest footballers of all time, and was also a local lad, dubbed the "Preston Plumber" due to his professional training as a plumber. Finney remains the club's top goalscorer, with 187 goals from 433 appearances, and also scored 30 international goals for England. Following Finney's retirement, Preston were relegated to the Second Division in 1961 and have not played in the top division since. The club did reach the FA Cup final in 1964, but lost to West Ham United. Preston were relegated to the Third Division in the 1969–70 season. The club won the Third Division title at the first attempt and so returned to the Second Division. Bobby Charlton, an England World Cup winner from 1966, was appointed Preston manager in 1973, but was unable to prevent the club from sliding into the Third Division in his first season and left after two years in charge. A brief respite in 1978 saw Preston win promotion back to the Second Division, but go down after three seasons. In 1985 the club fell into the Fourth Division for the first time in its history.

This Pieman was attending a match at Goodison Park the following evening and so took the opportunity to visit Deepdale for the first time. The ground is around a twenty five minute walk from Preston station. Visitors Cambridge United took the points in this League Division Four clash with a 2-1 victory. 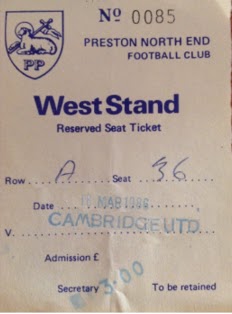 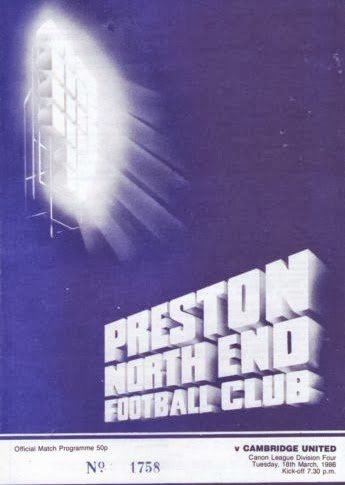