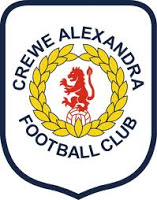 Although the name Creu first appears in the Doomsday Book, the modern urban settlement of Crewe was not formally planned out until 1843. Crewe owes its modern development to the Grand Junction Railway. The railway company selected the village as the main hub for the railway after Nantwich and Winsford objected to similar plans. Crewe railway station opened in 1837 and the company's locomotive works followed in 1843. As a result, the population grew dramatically from around 1,800 inhabitants in 1837 to 40,000 in 1871. The Grand Junction Railway provided support for the infrastructure of the town and provided money towards the upkeep of Christ Church, medical services, public baths and a fresh water supply, while Queen's Park was donated by the rival London and North West Railway.

Crewe Alexandra FC were formed in 1877 as Crewe Football Club. They played their first match against North Staffs that same year, a match that ended 1–1. In 1884, Crewe Alexandra's first match in the FA Cup was against Scottish club Queens Park of Glasgow, losing 10–0. 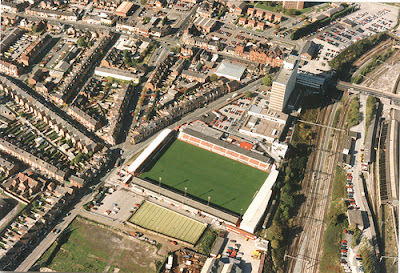 My visit to Gresty Road followed a visit to Edgeley Park, Stockport the previous evening. The match at Stockport was without goals so I was grateful for Crewe’s solitary strike in this lively encounter. 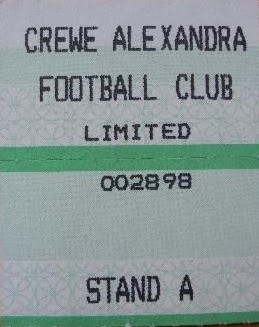