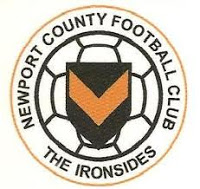 Newport’s location at the mouth of the river Usk has attracted visitors for centuries. The city’s history dates back to a Celtic settlement 2000 years ago. On the very edge of the Roman Empire, Caerleon was the chosen site for a strategic legionary fortress of the 2nd (Augustan) legion from the latter part of the 1st century AD. The remains of the barracks, bath house and amphitheatre are among the best preserved Roman military sites in Britain. The Normans also settled in the town and built a castle beside the river Usk in the 12th century, the remains of which can still be seen today. The town received its first Charter in 1385. Newport expanded rapidly and changed from a small sea-port town to one of the most important places in the country for coal export and steel production during the 19th century Industrial Revolution. The town became known for its accessible modern docks. Trade flourished and further extension of the docks added to Newport’s reputation – in 1914 Newport shipped over 6 million tons of coal per year. 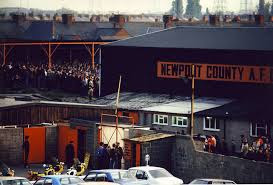 Newport County, originally nicknamed "The Ironsides" due to Newport being home to Lysaght's Orb Works steel works, started out in the Southern League in 1912 at Somerton Park. The official name of the club was The Newport & Monmouth County Association Football Club, although the shorter Newport County was soon adopted. The club was elected to the Football League in 1920. They were not re-elected after the 1930–31 season but re-joined for 1932–33. After almost twenty years in the Third Division South, the club finally clinched promotion to the Second Division as champions in 1939. 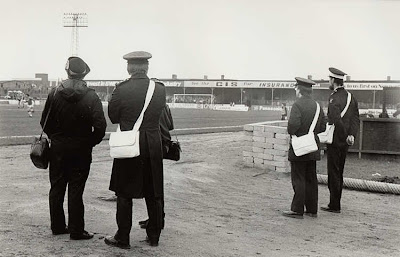 This Pieman ventured to South Wales for a third tier fixture against Chesterfield. A rare Sunday fixture had caught the eye and a reasonably quick train journey from London Paddington followed by a short walk back over the River Usk enabled me to reach Somerton Park. It was a rare treat to witness a Newport County victory during what was a poor period in the club's history. I can report there not being many refreshment opportunities available en-route to the ground. An open pub was found in due course but it was most certainly in the minority. 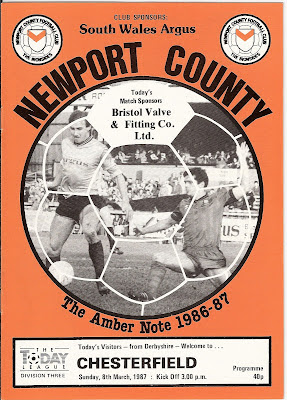