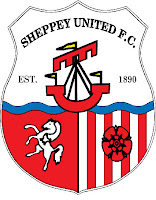 The Isle of Sheppey is an island off the northern coast of Kent, England in the Thames Estuary, some 46 miles to the east of London. It has an area of 36 square miles. The island forms part of the local government district of Swale. Sheppey is derived from the ancient Saxon "Sceapige", meaning isle of sheep, and even today the extensive marshes which make up a considerable proportion of the island provide grazing for large flocks of sheep. The island, like much of north Kent, comprises London Clay and is a plentiful source of fossils. The land mass referred to as Sheppey comprises three main islands: Sheppey, the Isle of Harty and the Isle of Elmley (it was once known as the Isles of Sheppey before the channels separating them silted up), but the marshy nature of the land to the south of the island means that it is so crossed by channels and drains as to consist of a multitude of islands. The ground is mainly low-lying, but at the Mount near Minster rises to 250 feet above sea level. Some Sheppey inhabitants like to call themselves Swampies, a term that began as, and for some people remains, an insult; for others it has become a term of endearment or a phrase for reinforcing identity. The family names "Shippee" and "Shippey," found predominantly in New England, derives from those whose ancestors were from the Isle of Sheppey.

Sheppey United was formed in 1890 by a merger of Sheerness Victoria and Invicta, and play at the Sheppey United Cricket Club ground at Botany Road. They were founder members of both the Southern League and the Kent League in 1894. In the Southern League they were placed in Division Two, in which they finished as runners-up in the first season, before losing the promotion/relegation test match against Clapton 5–1. The following season they finished second again, and this time won the test match, defeating Royal Ordnance Factories 4–2 to earn promotion to Division One. At the end of the season they left the Kent League. The season also saw the club make their debut in the FA Cup when they played Millwall Athletic, but lost 4–0. The club rejoined the Kent League prior to the start of the 1900–01 season, as well as remaining in the Southern League. However, after a single season back in Division Two, the club withdrew from the Southern League. In 1905–06 they won the Kent League and repeated the feat the following season. A third title was won in 1927–28, by the reserve team as the first team had rejoined the Southern League for that season and were placed in the English Section. However, after finishing bottom of the league in both 1930–31 and 1931–32 they resigned, and returned to the Kent League in Division One. At the end of the 1938–39 season Sheppey finished bottom of the league and should have been relegated, but the league was suspended due to the Second World War. After the war Sheppey were placed back in the top division of the Kent League for the 1945–46 season. The club then remained in Division one until the 1958–59 season when the Kent League stopped. In 1959 they were founder members of the Aetolian League, which they played in until it merged with the London League to form the Greater London League in 1964. After winning Section B of the Greater London League in 1964–65, the club joined the Metropolitan League. They had a single season in the Metropolitan–London League in 1971–72 after it was formed by a merger of the Metropolitan League and the Greater London, before rejoining the new Kent League in 1972. They won the title in their first season back in the league and were league champions again in 1974–75 and 1978–79, as well as winning the League Cup in 1975–76 and 1978–79. After finishing second in 1983–84, the club rejoined the Southern League for a third spell. 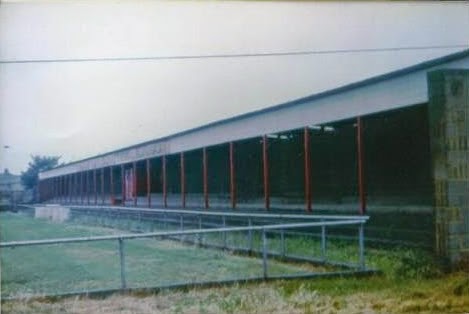 This Pieman visited Botany Road for this midweek match travelling by train from London. The journey involved changing at Sittingbourne for a connecting service to Sheerness. The railway station being only a few minutes walk from the ground. Tottenham Hotspur won this friendly match by three clear goals. 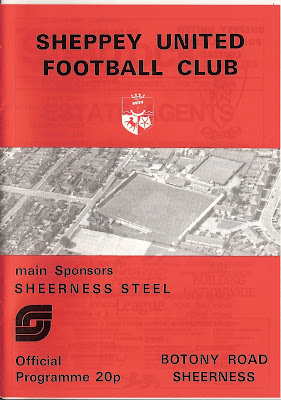