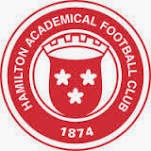 Hamilton is a town in South Lanarkshire, in the west-central Lowlands of Scotland. It serves as the main administrative centre of the South Lanarkshire council area. It is the fourth-biggest town (and eighth-biggest place including cities) in Scotland. It sits 12 miles (19 km) south-east of Glasgow, 35 miles (56 km) south-west of Edinburgh and 75 miles north of Carlisle, Cumbria. It is situated on the south bank of the River Clyde at its confluence with the Avon Water. Hamilton is the historical county town of Lanarkshire. The town of Hamilton was originally known as Cadzow or Cadyou. During the Wars of Scottish Independence the Hamilton family initially supported the English and Walter fitz Gilbert (the head of the Hamilton family) was governor of Bothwell Castle on behalf of the English. However, he later changed loyalty to Robert the Bruce, following the Battle of Bannockburn, and ceded Bothwell to him. For this act, he was rewarded with a portion of land which had been forfeited by the Comyns at Dalserf and later the Barony and lands of Cadzow, which in time would become the town of Hamilton. Hamilton Palace was the largest non-royal residence in the Western world, located in the north-east of the town. A former seat of the Dukes of Hamilton, it was built in 1695, subsequently much enlarged, and demolished in 1921 due to ground subsidence. It is widely acknowledged as having been one of the grandest houses in Scotland, was visited and admired by Queen Victoria, and was written about by Daniel Defoe.

This Pieman was able to visit Douglas Park by train from London and return the same day. Comfortable connections were made at Motherwell to and from Hamilton West. I took the opportunity to stand on the side terrace with the travelling Clyde support and witnessed an entertaining 2-0 victory for the home side. 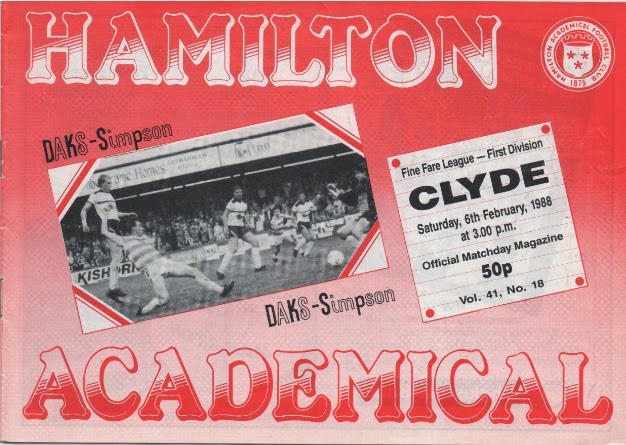