Northampton is the county town of Northamptonshire in the East Midlands. It lies on the River Nene, situated about 67 miles northwest of London and around 50 miles southeast of Birmingham. Archaeological evidence of settlement in the area dates back to the Bronze Age, Roman and Anglo-Saxon periods. During the Middle Ages, the town rose to national significance with the establishment of Northampton Castle, which was an occasional royal residence and regularly hosted the Parliament of England. Medieval Northampton had many churches, monasteries and the University of Northampton, which were all enclosed by the town walls. It was granted its first town charter by King Richard I in 1189 and its first mayor was appointed by King John in 1215. The town is also the site of two medieval battles; the Battle of Northampton (1264) and the second in 1460. Northampton's royal connection languished in the modern period; the town supported Parliament (the Roundheads) in the English Civil War, which culminated in King Charles II ordering the destruction of the town walls and most of the castle. The town also suffered the Great Fire of Northampton (1675) which destroyed most of the town. It was soon rebuilt and grew rapidly with the industrial development of the 18th century. Northampton continued to grow following the creation of the Grand Union Canal and the arrival of the railways in the 19th century, becoming an industrial centre for footwear and leather manufacture. 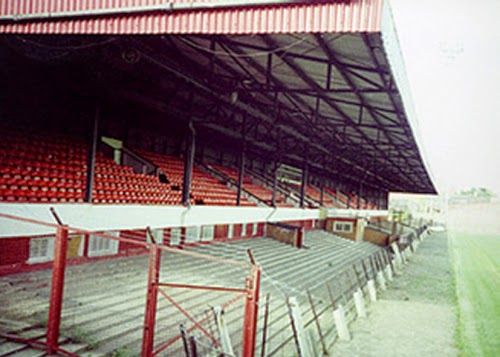 Northampton Town Football club were formed in 1897, after meetings between the town’s schoolteachers and local solicitor A.J. Darnell. They play their home games at the County Ground, which they share with the owners, Northamptonshire County Cricket Club. The club’s main rival is Peterborough United, a rivalry that has endured since the 1960s. The club nickname is "The Cobblers", a reference to the town's historical shoe-making industry. In 1919–20, the first season after the war, Town conceded a club record 103 goals. Nonetheless, the club was allowed to join the Football League for the following season, in Division Three (South). Disaster occurred at the County Ground during December 1929, when a fire destroyed three stands. Only one stand was saved although this was charred. The source of the fire was thought to be in the away dressing room; the Cobblers had earlier entertained AFC Bournemouth reserves. By August 1930, the stands were rebuilt. They played their only season of their existence in the top division of English football when they reached the First Division in 1965–66. Northampton had been promoted from the Fourth Division to the First Division in the space of five seasons but were then relegated back to the Fourth Division by 1969–70. 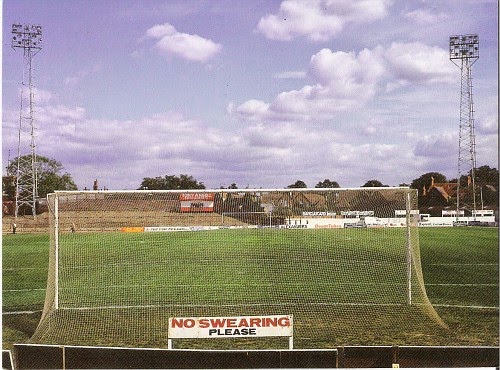 This Pieman travelled by train from London Euston to Northampton. The station being around a 25 minute walk from the County Ground. This Wednesday evening fixture saw the home side triumph 4-0 over Southend United. 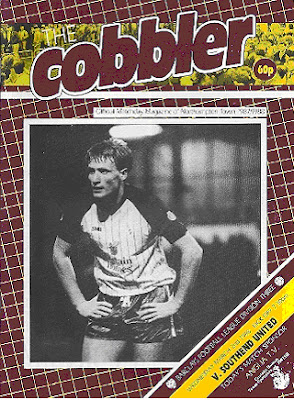