Aylesbury is the county town of Buckinghamshire, England and administrative town of the Aylesbury Vale district in the outskirts of the London commuter belt. The town name is of Old English origin. Its first recorded name Æglesburgh is thought to mean "Fort of Ægel", though who Ægel was is not recorded. Since earliest records there have been 57 variations of the name. Excavations in the town centre in 1985 found an Iron Age hill-fort dating from the early 4th century BC. Aylesbury was one of the strongholds of the ancient Britons, from whom it was taken in the year 571 by Cutwulph, brother of Ceawlin, King of the West Saxons; and had a fortress or castle "of some importance, from which circumstance probably it derives its Saxon   appellation". Aylesbury was a major market town in Anglo-Saxon times, the burial place of Saint Osyth, whose shrine attracted pilgrims. The Early English parish church of St. Mary (which has many later additions) has a crypt beneath. Once thought to be Anglo-Saxon, it is now recognised as being of the same period as the medieval chapel above. At the Norman Conquest, the king took the manor of Aylesbury for himself, and it is listed as a royal manor in the Doomsday Book, 1086. Aylesbury was declared the new county town of Buckinghamshire in 1529 by King Henry VIII: Aylesbury Manor was among the many properties belonging to Thomas Boleyn, the father of Anne Boleyn, and it is rumoured that the change was made by the King to curry favour with the family. Aylesbury's heraldic crest is centred on the Aylesbury duck, which has been bred here since the birth of the Industrial Revolution, although only one breeder, Richard Waller, of true Aylesbury ducks remains today.


Aylesbury United were formed in 1897 with the merging of Night School FC, the Printing Works and Aylesbury Town. Wearing the traditional green and white colours still worn today, they remained an amateur club, spending the post-war years playing in the Delphian League until it merged with the Athenian League in 1963 to become that competition's Division Two whilst the Corinthian League became Division One. They turned semi-professional and took their place in the Southern League in 1976 in the early years of open i.e. officially paid football. 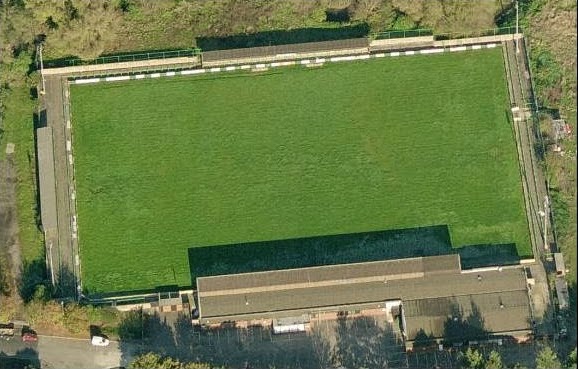 This Pieman ventured to Buckingham Road to witness Aylesbury United's first ever match in the Football Conference. The journey was made by train to and from London Marylebone. Despite a spirited performance from the home side, it was Altrincham that won the match with a narrow 2-1 victory. 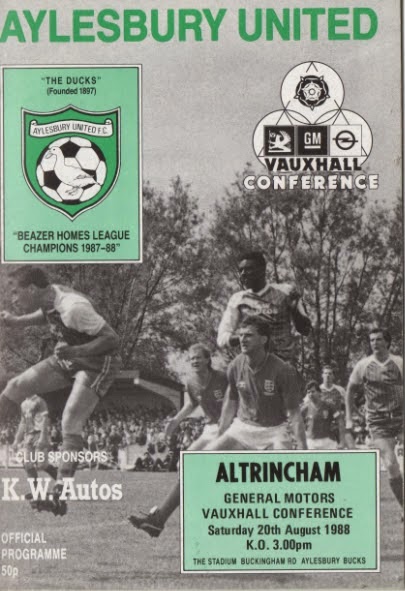