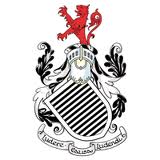 Glasgow is the largest city in Scotland, and the third largest in the United Kingdom. It is situated on the River Clyde in the country's West Central Lowlands. Inhabitants of the city are referred to as Glaswegians. Glasgow grew from a small rural settlement on the River Clyde to become one of the largest seaports in Britain. Expanding from the medieval bishopric and royal burgh, and the later establishment of the University of Glasgow in the 15th century, it became a major centre of the Scottish Enlightenment in the 18th century. From the 18th century the city also grew as one of Great Britain's main hubs of transatlantic trade with North America and the West Indies. With the onset of the Industrial Revolution, the population and economy of Glasgow and the surrounding region expanded rapidly to become one of the world's pre-eminent centres of chemicals, textiles and engineering; most notably in the shipbuilding and marine engineering industry, which produced many innovative and famous vessels. Glasgow was the "Second City of the British Empire" for much of the Victorian era and Edwardian period although many cities argue the title was theirs. In the late 19th and early 20th centuries Glasgow grew in population, eventually reaching a peak of 1,128,473 in 1939. In the 1960s, comprehensive urban renewal projects resulting in large-scale relocation of people to new towns and peripheral suburbs, followed by successive boundary changes, have substantially reduced the current population of the City of Glasgow council area.

The Queen's Park Football Club was founded on 9 July 1867 with the words: "Tonight at half past eight o'clock a number of gentlemen met at No. 3 Eglinton Terrace for the purpose of forming a football club." Gentlemen from the local YMCA took part in football matches in the local Glasgow area which gave the club its name. During the inaugural meeting, debate raged over the club's name. Proposals included: 'The Celts'; 'The Northern' and 'Morayshire'. Perhaps such choice in names suggests a Highland influence within the new club. After much deliberation, 'Queen's Park' was adopted and carried, but only by a majority of one vote. Although Queen's was not the first club in Britain, that honour going to Edinburgh and John Hope's 'Football Club', formed in 1824, they can certainly claim to be the first Association club in Scotland. Opposition first came in the form of a now defunct Glaswegian side called Thistle FC and Queen's won 2–0 on 1 August 1868. Queen's Park FC plays at Hampden Park, which was the largest stadium in the world until 1950, when the Maracanã in Rio de Janeiro was completed. It was said that the crowd who came to see football matches at Hampden were renowned for creating the Hampden Roar; the noise created terrifying opposing teams who came to play there.

This Pieman was supposed to be watching Partick Thistle v St Johnstone on this particular afternoon. However, despite best efforts, that match was postponed about an hour before kick off due to heavy rain. A quick phone call to Hampden Park revealed that Queens Park v Stenhousemuir would go ahead and a short taxi ride later I was at the stadium. Having attended two Scottish Cup finals previously, it seemed odd to be in the ground along with only 700 others. The crowd was bolstered by some St Johnstone fans that wanted to see some football before heading home to Perth. A decent match took place ending 1-1. 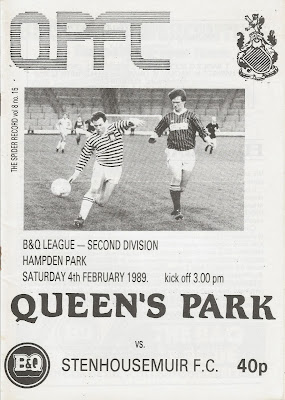 Other visits to Hampden Park