Hampton is a suburban area with an old village heart on the north bank of the River Thames, in the London Borough of Richmond upon Thames in England. The Anglo-Saxon parish of Hampton converted to secular use in the 19th century included present-day Hampton, Hampton Hill, Hampton Wick and hamlet of Hampton Court surrounding Hampton Court Palace which together are called The Hamptons. The name Hampton may come from the Anglo-Saxon words hamm meaning an enclosure in the bend of a river and ton meaning farmstead or settlement. The ten years to 1911 saw the highest percentage of population increase; a further 25% rise took place in the 1920s. Writing between 1870–72 national gazetteer, John Marius Wilson technically described Hampton Wick as a hamlet; the real property of which was worth almost as much as the main settlement. The area is featured briefly in two Charles Dickens novels. In Oliver Twist, Oliver and Sykes stop in a public house in Hampton on their way to the planned burglary in Chertsey. In Nicholas Nickleby, Sir Mulberry Hawk and Lord Frederick visit the 'Hampton Races', which refers to a racecourse at 'Moulsey Hurst'. 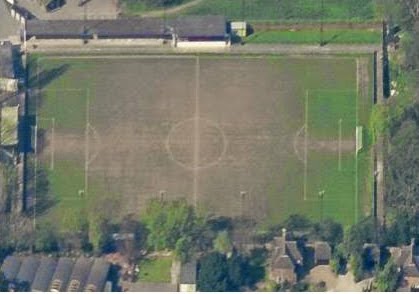 Hampton FC was founded in 1921 and is the only senior level football club to represent the borough (which includes the towns of Hampton, Teddington, Twickenham, Whitton and Richmond), and is consequently seen as its football club. However, the club arguably struggles in attendance due to the popularity of rugby union in the borough. The ground is known as Beveree - after the nearby house from whose grounds it was originally part of - and it lies adjacent to Beaver Close, which would seem to suggest as to where the tag originates. It has been the home of the club since 1959. 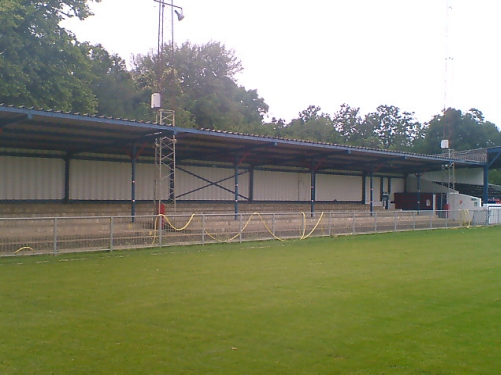 This Pieman travelled to Hampton station which is very close to the ground from London Waterloo. Harlow Town took the points with a 2-0 victory in this Isthmian League Division One clash. 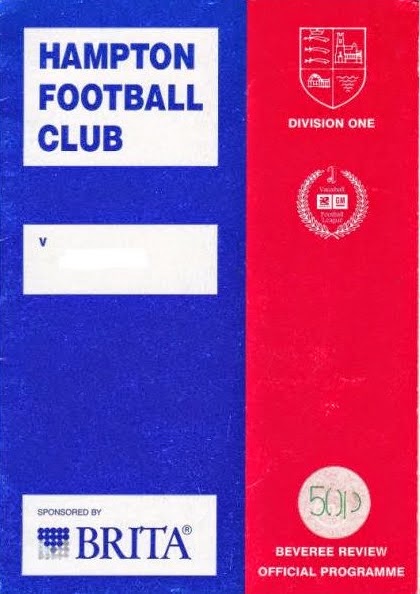