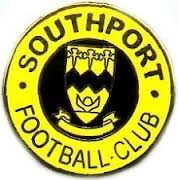 Southport is a large seaside town in the Metropolitan Borough of Sefton, Merseyside. There have been settlements in the area now comprising Southport since the Doomsday Book, and some parts of the town have names of Viking origin. The earliest recorded human activity in the region was during the Middle Stone Age, when mesolithic hunter gatherers were attracted by the abundant red deer and elk population, as well as the availability of fish, shellfish and woodland. Roman coins have been found at Halsall Moss and Crossens, although the Romans never settled in southwest Lancashire. Southport grew quickly in the 19th century as it gained a reputation for being a more refined seaside resort than its neighbour-up-the-coast Blackpool. In fact Southport had a head start compared to all the other places on the Lancashire coast because it had easy access to the canal system. Other seaside bathing areas couldn't really get going until the railways were built some years later. The Leeds and Liverpool canal brought people from Liverpool, Manchester, Bolton and Wigan amongst others. By 1820 Southport had over 20,000 visitors per year. In 1925, the RNLI abandoned the station at Southport and left the town with no lifeboat. In the late 1980s, after a series of tragedies, local families from Southport started to raise funds and bought a new lifeboat for the town stationed at the old RNLI lifeboat house. The lifeboat, operated by the Southport Offshore Rescue Trust is completely independent from the RNLI and receives no money from them. Instead it relies entirely on donations from the general public.

Southport played its first Association Football match on Thursday 12 November 1881. Although association football was played in the town's private schools in the late 1870s the original Southport Football Club began as a rugby team. Southport Football Club arranged rugby fixtures for 1881–82. After some heavy defeats, the last recorded being on 15 October 1881, the club switched to association football. The club moved to what is now called Haig Avenue in 1905 (then called Ash Lane). The road the ground is situated on and the ground itself were officially renamed Haig Avenue after Earl Haig in 1921. At the same time the club, now named simply Southport, joined The Football League and became a founder member of the Third Division North. In 1931, Southport became the first club from the Third Division North to reach the sixth round (quarter-finals) of the FA Cup, where they lost 9–1 to Everton. A year later the club recorded its record attendance, when 20,010 watched them play Newcastle United in the fourth round of the FA Cup. Having finished in the bottom half of the table at the end of the 1957/8 season, the club dropped into the Fourth Division following the reorganisation of the Third Division North and Third Division South into Third and Fourth Divisions. The club's first promotion came at the end of the 1966/7 season, when they finished as runners-up in the Fourth Division behind Stockport County under the guidance of Billy Bingham, who later went on to manage the Northern Irish national team. They were relegated back to the Fourth Division in 1970, but won promotion again in 1973 when they finished as Fourth Division Champions. Relegation back to the Fourth Division followed the very next season. This heralded a period of decline as crowds dropped – on some occasions into just three figures – and the ground fell into disrepair. Disaster struck in 1978, when the club was voted out of the Football League following three consecutive 23rd (out of 24) placed finishes, and was replaced by Wigan Athletic. The voting couldn't have been tighter, as the clubs drew on the first ballot (when many had expected Rochdale to be voted out), but Wigan's superior canvassing ensured that they won the second ballot. Southport was the last club to leave the Football League through the re-election process. Automatic relegation from the Fourth Division was introduced in 1986–87. 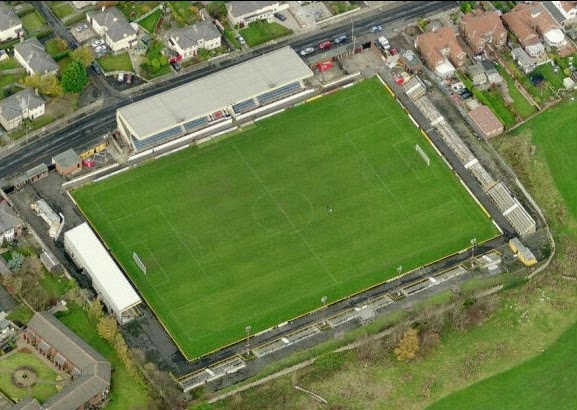 This Pieman visited Haig Avenue whilst staying on Merseyside to attend the following day's Liverpool v Spurs match. Southport were unfortunate to come up against a Whitley Bay side playing with extreme confidence. The visitors won this encounter 3-1. 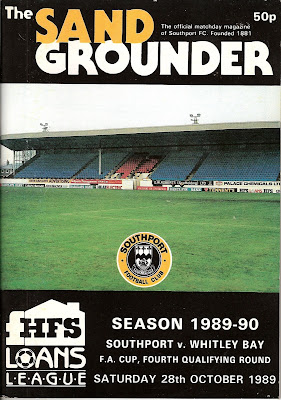