Exmouth is a port town, civil parish and seaside resort in East Devon, England, sited on the east bank of the mouth of the River Exe. Byzantine coins dating back to c. 498–518, with the mark of Anastasius I, were retrieved on the beach in 1970. More recent human occupation of Exmouth Point can be traced back to the 11th century, when it was known as Lydwicnaesse, "the point of the Bretons". The name of the town derives from its location at the mouth of the River Exe estuary, which ultimately comes from an ancient Celtic word for fish. The town began to develop in the 13th century. Morin Uppehille owned the land, granting part of it to John the Miller who in turn built a windmill, and earned his living on the exposed point, aided by the prevailing south-west winds. The windmill, the ferry dock and a small settlement of farms began to develop into Exmouth.  Sir Walter Raleigh sailed on many of his voyages from Exmouth harbour. The town established itself during the 18th century. Regarded as the oldest holiday resort in Devon, visitors unable to visit Europe due to the revolutionary turmoil in France were attracted by the views and medicinal salt waters which were then fashionable. Exmouth was renowned as a destination for the wealthy to recover their health. High class tourism remained steady for a number of years. This changed when the first railway line into Exmouth was built in 1861, bringing with it mass tourism. It is from this "golden age" for Exmouth that the present form of the town can be traced. 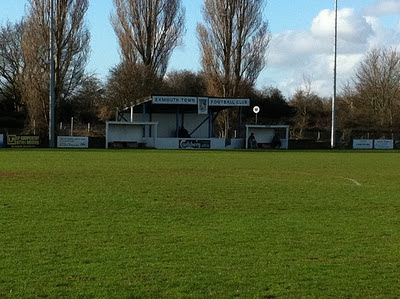 Exmouth Town F. C was formed in 1933, and played their first forty years of existence in local football, primarily in the Devon and Exeter Football League. During this period the club made its debut in the FA Cup when they met St Blazey in the Extra Preliminary Qualifying round in the 1950–51 season. In 1954 the club moved from their original home of the Maer Cricket Field, to their current home at Southern Road. They joined the Western Football League in 1973. At the end of their second season in the Western league the club finished bottom of the league and were relegated to the newly formed Division one for the 1976–77 season. Six seasons later the club achieved promotion back to the Premier Division when they finished as Runners up in the 1981–82 season. Two seasons later they won the league title and repeated this success in the 1985–86 campaign. In between their two league successes the club made it to the FA Vase semi-finals, where they missed out on a trip to Wembley Stadium, to Fleetwood Town 4–3 on aggregate. 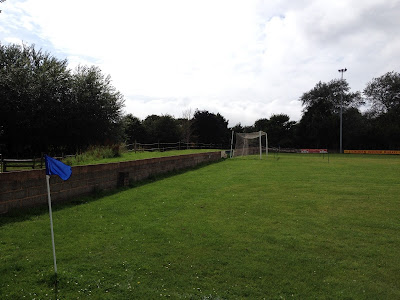 This Pieman visited Southern Road more in hope than expectation. The previous evening he had attended a testimonial match at Home Park, Plymouth. The weather on this particular Saturday was awful and Exeter City v Burnley just up the road was postponed. However, possibly due to visitors Swanage Town & Herston having already arrived and not wanting to return midweek, the match was given the green light. A few Burnley fans joined the sparse crowd for this surprisingly entertaining 2-2 draw. I don't think I have ever seen so many puddles on a football pitch during a match! 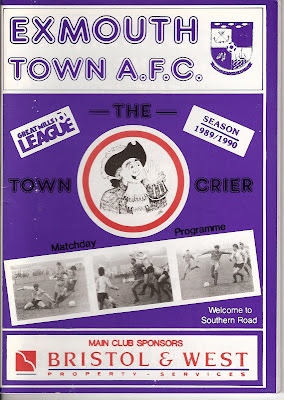