Bromley is a district of south east London and the administrative headquarters of the London Borough of Bromley. It was historically a market town chartered since 1158 and an ancient parish in the county of Kent.  The town was an important coaching stop on the way to Hastings from London, and the now defunct Royal Bell Hotel (just off Market Square) is referred to in Jane Austen's Pride and Prejudice. It was a quiet rural village until the arrival of the railway in 1858 in Shortlands, which led to rapid growth and outlying suburban districts such as Bickley were developed to accommodate those wishing to live so conveniently close to London and was incorporated as a municipal borough in 1903. It has developed into one of a handful of regionally significant commercial and retail districts outside central London and has formed part of Greater London since 1965. Bromley is first recorded in a charter of 862 as Bromleag and means 'woodland clearing where broom grows'. 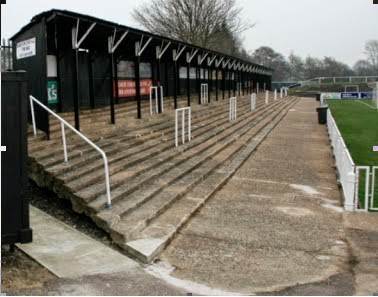 Bromley Football Club was founded in 1892 and played friendly games against mainly local opposition sides in its first season. Their first competitive football came in the South London League, which was won at the first attempt. However, they moved frequently between leagues in the early days. Two seasons in the Southern Football League were followed by a spell in the London League, winning the Division Two title in 1897. After a brief interlude in the Kent League, they returned to the London League but were expelled in 1900. They then competed in the Spartan League, and after winning the title in 1908, they had their first spell in the Isthmian League and won the championship in each of their first two seasons. After the First World War they joined the Athenian League, winning the title in 1923. Though the 1930s were successful on the cup front, league honours eluded them until 1949 when they lifted the Athenian League Championship, to go with the FA Amateur Cup. Three years later they rejoined the Isthmian League, and again made an immediate impact finishing runners up at the first attempt, and going one better in 1954, reversing the previous season's six-point margin over Walthamstow Avenue, who were again runners up when Bromley were champions again in 1961. 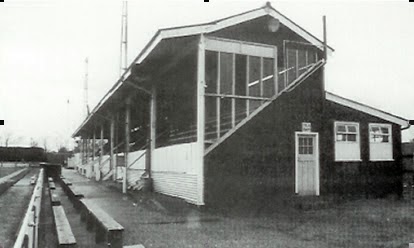 This Pieman visited Hayes Lane for this midweek match versus Slough Town. Former Crystal Palace hero Jim Cannon was in the home side as they swept to a 3-0 victory. The journey to the match was made by train to Bromley North station whereas afterwards the nearer Bromley South (faster trains) was used. 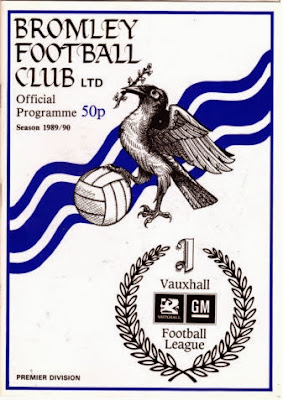